Music fans flocked to Twitter tonight to join the global conversation about the #BRITs2014, and voted for the Best British Video in the awards’ first ever social vote.

And according to social analytics firm @SecondSync, it was a record-breaking evening with more than four million Tweets about the show:

It’s a record breaking night on Twitter for the #Brits2014, we’ll be sharing the massive tweet numbers later this evening…

For the first time ever for the @BRITAwards, fans were invited to vote for an award live on Twitter, choosing the winner of the Best British Video. During the broadcast, there were a whopping two million Tweets sent about the live vote alone: 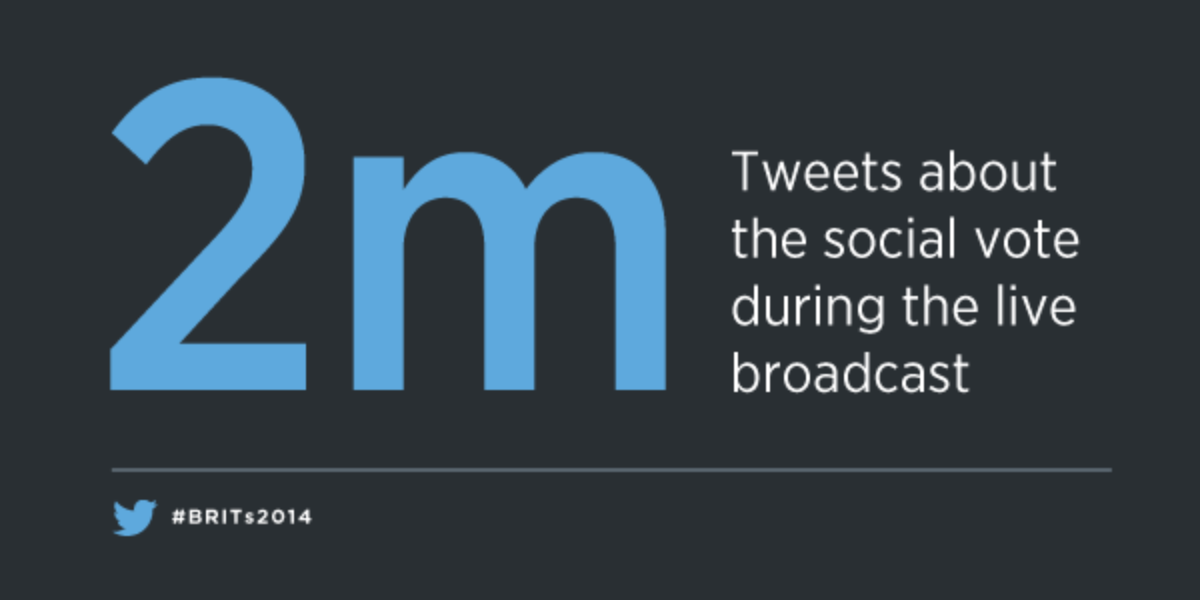 The nominees for Best British Music Video were, of course, all on Twitter — @CalvinHarris, @EllieGoulding, @JohnNewmanMusic, @NaughtyBoyMusic and @OneDirection, and took to the platform to encourage their fans to join the vote - see a selection of Tweets in this timeline.

But it was this Tweet from @OneDirection band member @Harry_Styles became the most retweeted message of the night, with more than 130,000 retweets:

The social vote certainly dominated the Twitter chatter, although @Beyonce’s performance of XO came in a close third when it came to moments in the evening that generated the biggest spikes in conversation: 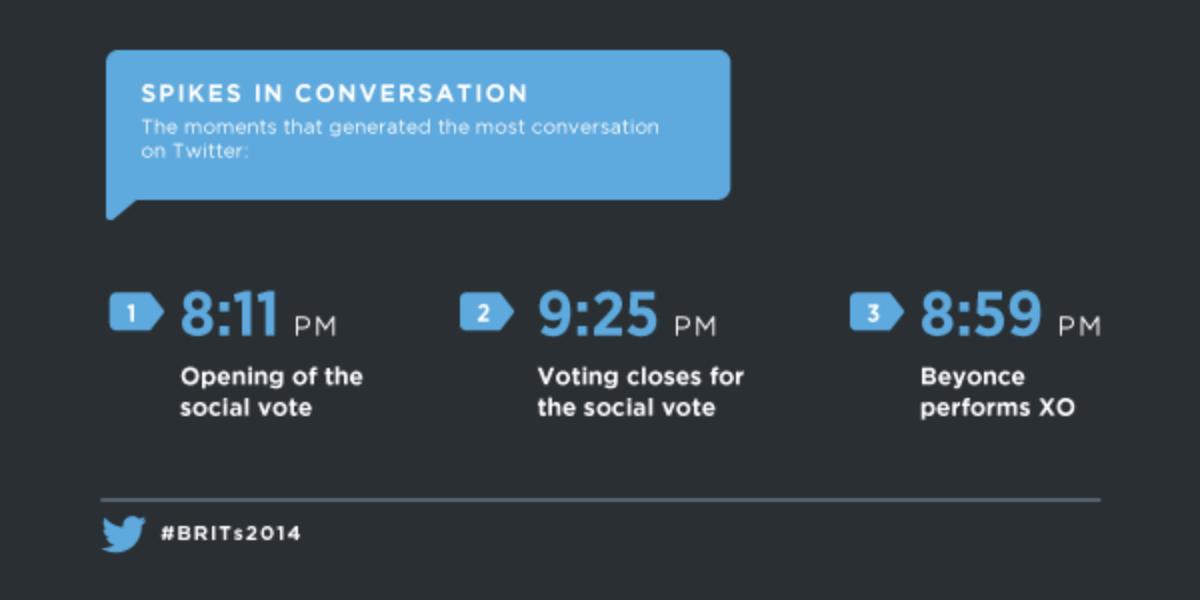 The evening was presented by James Corden (@JKCorden), alongside a variety of guest presenters and stunning live performances. We looked at who were the most talked-about performers, and it was @Beyonce that won the battle on Twitter:

Twitter and music go hand in hand. In fact, 41 of the 42 BRIT nominees are on the platform. Worldwide, seven of the ten most-followed Twitter accounts in the world belong to musicians. One in two Twitter users follow a musician on the platform, and in the UK, three out of the five top ten retweets of 2013 were music-related.

The live, public and conversational nature of Twitter also makes it the perfect accompaniment to TV. Fans come together on the world’s biggest sofa and share TV moments like the BRITs with fans across the globe.

Here’s a reminder of how the evening played out on Twitter: