By
Sunday, 11 May 2014
Link copied successfully

The Eurovision Song Contest Final drew massive audiences and over 5 million Tweets as Europe came together to witness @ConchitaWurst’s victory.

The glamour, glitz and glorious camp of #Eurovision delivered on its annual promise of a must-tweet spectacle, generating a massive 5,384,678 Tweets sent around the broadcast.

The final count is in: 5.3M+ Tweets sent around the #Eurovision final. Peak TPM for @ConchitaWurst’s victory. pic.twitter.com/O3s9nuNLfR

The peak of Twitter activity came when Austria’s @ConchitaWurst was announced as the winner, with 47,136 Tweets per minute (TPM). That moment was followed closely by Conchita’s performance, generating 42,660 TPM.

And the third most tweeted about moment came as France’s @TwinTwinOhYeah unleashed #Moustache on the world (39,353 TPM).

Despite being the third most tweeted about moment of the evening, France achieved the fewest number of votes in the final, coming last with only two points.

@ConchitaWurst won not only Eurovision 2014, but also gained a massive number of followers on Twitter. 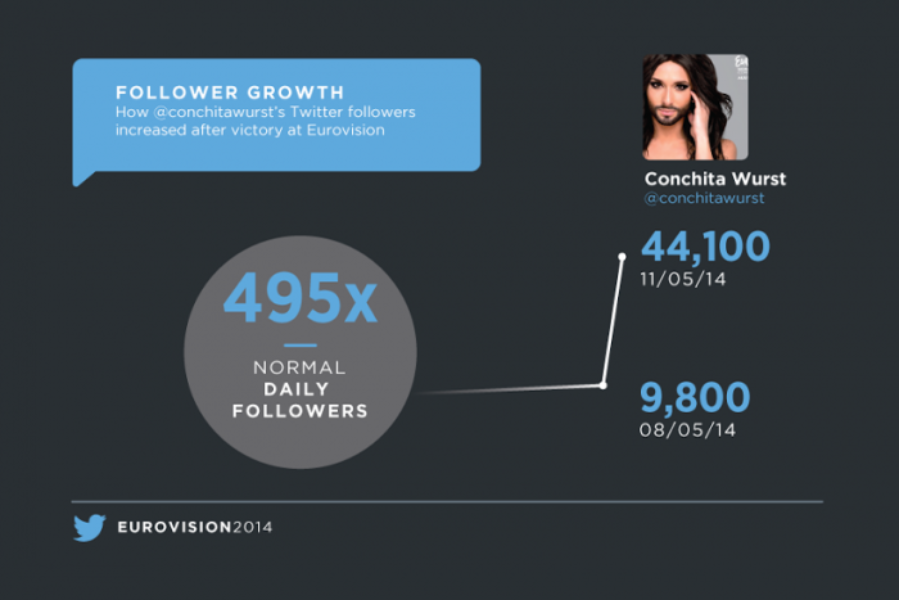 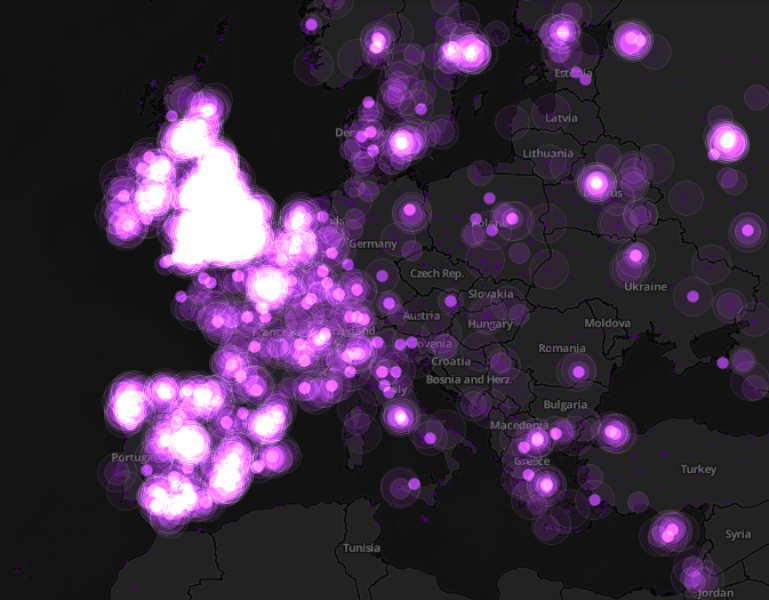 Click on map to interact with it. Map created with CartoDB.

The night belonged to Conchita, with Twitter users from across the UK lending their support…

I don’t normally endorse voting but please vote for me on #Eurovision tonight. #Austria

Remember I’m still on catch-up, but Austria it is then! Love Conchita. Only one we’ve watched all the way through

petition for conchita to sing the next bond theme

Mummy and daddy love you @ConchitaWurst were very proud and cheering you on all the way x @bbceurovision pic.twitter.com/nVFZgaG0gY

“This night is dedicated to everyone who believes in a future of peace and freedom.” @ConchitaWurst #Eurovision pic.twitter.com/7N12w0DUFy

It’s only a song contest but tonight it showed talent can overcome prejudice and ignorance. Well done Conchita - I am glad I saw that moment

I’m knackered - but what a great night. #Eurovision pic.twitter.com/STGTtdmHB0

With Austria’s win inspiring some dangerous talk of stars aligning…

Once again, the Eurovision Song Contest proved itself to be a grand unifier across Europe’s living rooms, with Twitter at the heart of the connected television experience that Eurovision has come to exemplify.

It was a night of grand spectacle and big Tweets. But the last word should go to the popular winner:

I LOVE YOU!!! #esc14 pic.twitter.com/OUZwJnFJCg