How the second Scottish referendum debate played out on Twitter

Tonight, @BBCNews played host to the second televised debate ahead of September’s referendum on Scottish independence.

The head-to-head between campaign representatives Alistair Darling (@TogetherDarling) and Alex Salmond (@AlexSalmond) was broadcast on TV across the UK. The debate generated 255,559 Tweets - a 37% increase on the 186,267 Tweets sent during the August 5 @WeAreSTV debate, which was only broadcast on Scottish television.

Viewers of the debate followed along on Twitter, sharing views and reactions in real time. The top three moments of the debate in terms of Tweets per Minute (TPM) were:

This map shows how the conversation spread across Scotland and beyond over the course of the debate: 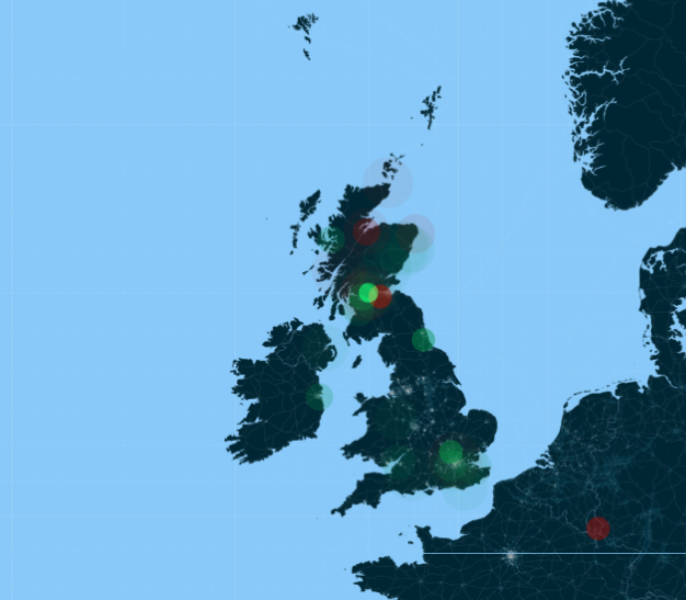 Many Twitter users were following the debate using hashtags, which join conversations together. The five most popular hashtags related to the debate were (in order):

And with this Twitter Reverb visualisation, you can see how the conversation on Twitter reflected the highs and lows of the debate, as viewers came together to share their commentary, views, witticisms and criticisms:

When it came to discussion on Twitter over the course of the day, it was the ‘Yes’ campaign that dominated the conversation with 66,093 Tweets about it, compared to the 24,417 Tweets about the ‘Better Together’ or ‘No’ campaign. However, these numbers only take account of Tweet volumes, not sentiment.

This also reflects the discussion in between the two televised debates (again, this does not reflect sentiment, only volume): 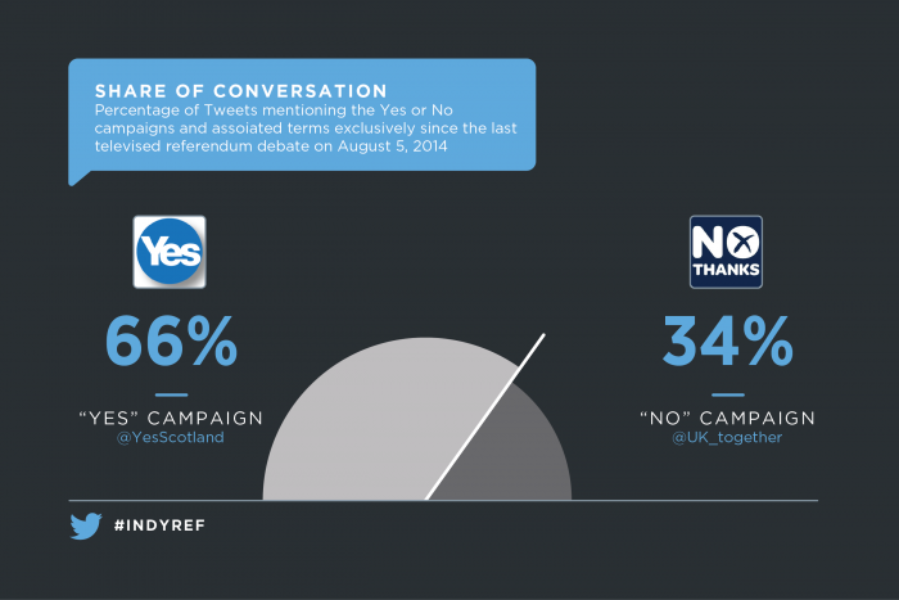 And the most Retweeted Tweet of the evening came from @SkyNews:

As we get nearer to the vote on September 18, it will be interesting to see how the two campaigns use Twitter to debate and engage others ahead of such an important moment for Scotland.