As the printing press and paper have for hundreds of years, it should come as no surprise that Twitter and news go together. According to a new study from Newsworks, as many as 59% of UK Twitter users follow newspaper brands, sub-brands or journalists.

Together, Twitter and news organisations form a powerful team, delivering breaking news, stories and pictures to millions of people around the world. In order to understand just how the two compliment each other, we partnered with Newsworks (@newsworks_uk), the marketing body for the UK’s national newspapers, on a new study called #NewsOnTheTweet. This research, conducted by YouGov, surveyed 1,266 Twitter users in the UK to understand who among them follows newsbrands and journalists, how they use Twitter and why they engage with news stories.

What we found is that not only do people use Twitter to follow the news; they discover a broader variety of news content than they would otherwise. As many as 60% say Twitter helps them engage with news providers they would not normally read in print. And 75% say Twitter is an important link to more in-depth content found on news sites. These findings point to the power of Twitter to expand the audience for news brands well beyond their print and online readership.

The study also confirms Twitter’s role as a real-time platform for breaking news. People who follow news accounts do so because news breaks first on Twitter (52%) and Twitter gives them access to news as it happens (61%).

At least Craig Oliver has hidden the bread maker pic.twitter.com/vRYlLXu7L0

Newspapers share a wealth of content on Twitter, and the relationship is clearly symbiotic, as the platform helps make news brands more accessible, influential and more connected than ever before.

Cut it any way you like, but Labour’s decision to have all-women shortlists has put it light years ahead of the Tories and Libdems.

Rufus Olins, chief executive of Newsworks, notes that “We are delighted this joint research project with Twitter has helped us get under the skin of what we instinctively knew was a special relationship between newsbrands and Twitter. They are interdependent and mutually beneficial.

“We are immersed in news. We want to be the first to know and also to be guided by expert insight and interpretation. The combination of news brands and Twitter helps keep us informed and opinionated. Each helps the other to grow its audiences and influence.” 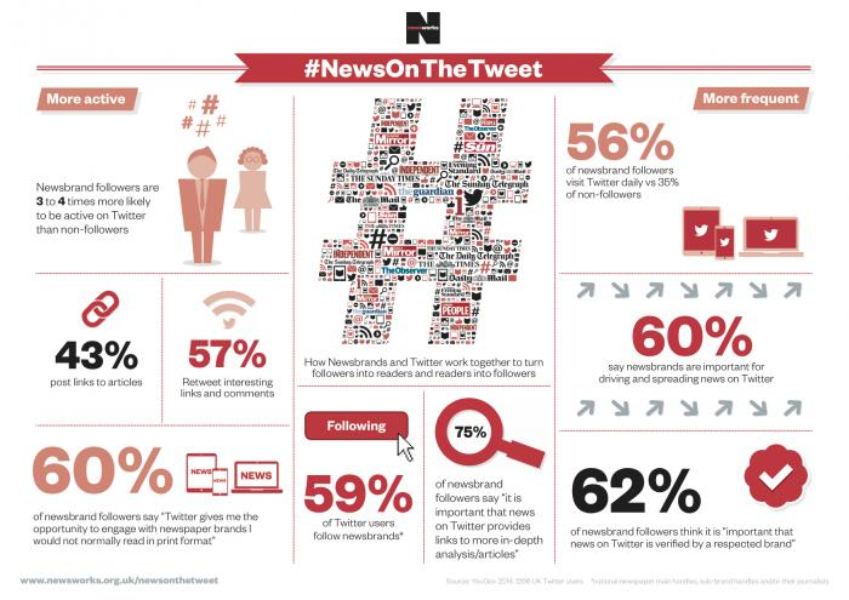 You can download a full copy of the #NewsOnTheTweet report here.