How Twitter helps tell the story of London Fashion Week

With more than 130 shows, and generating orders worth an estimated £100 million, London Fashion Week is one of the premier fashion events in the world. This is reflected on Twitter where new research highlights how UK users Tweet about #LFW and what they would like to hear more of from fashion brands.

The majority of Twitter users in the UK are paying attention to what happens at #LFW. The high profile status of the event, and the big brands it attracts, means awareness is particularly high among UK Twitter users at 94%, according to our research carried out last month by Vision Critical*. The research also found that 74% of UK Twitter users have an interest in #LFW. 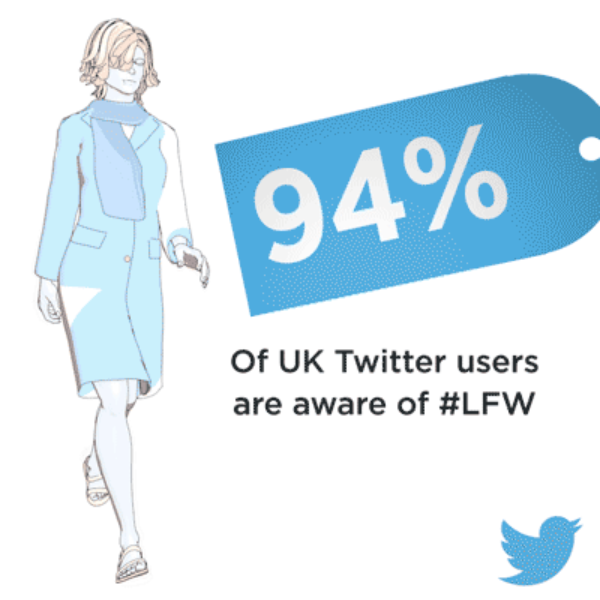 For many, Twitter is where the #LFW story is told. It’s brought to life by those who attend the shows and Tweet news, insights and pictures. Vision Critical’s research found that among those UK users attending a fashion show, 78% are planning to use Twitter while there. 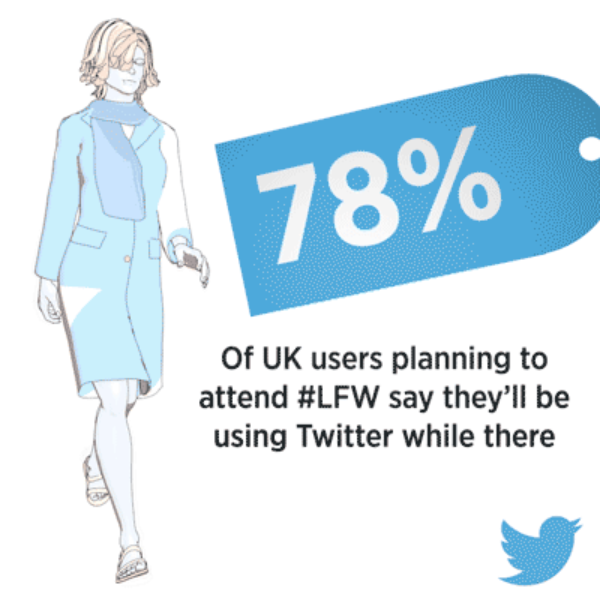 Even though #LFW is known for the catwalk shows, what’s coming next to the high street is what drives a lot of interest among UK users on Twitter. Of those UK users interested in #LFW after it finishes, 44% say they will use Twitter to find more details on new high street designs. Almost as many (37%) say they will use Twitter to find out where to buy items they’ve seen during #LFW. This highlights the purchase journey that consumers take and how discovery on Twitter can directly influence purchase decisions.

This is borne out by Nielsen research done earlier this year for Twitter. It found that 94% of Twitter users in the UK are engaging with mobile commerce on their smartphone, by browsing, researching and buying products.

This link to purchasing habits is echoed again in this latest research. Vision Critical found that of those who have been to #LFW before, over a quarter have bought something as a result of what they saw on Twitter as part of the event.

There is a major opportunity for brands taking part in #LFW. We wrote recently about some of the creative ways that brands can use Twitter, and how there is still more they can do. Here are the top five things that followers of fashion and beauty brands would like to see more of on Twitter, according to our research:

*All statistic quoted are from #birdsignals Community, Vision Critical, 2014, except as noted otherwise.