Q&A with Heineken’s Jeremy Brook: “Twitter is a magical platform”

When we introduced our new age-gating solution in November, @Heineken launched its biggest campaign to date in #ShareTheSofa.

This global campaign is built around a simple idea: to bring football stars and fans together on Twitter. Jeremy Brook (@jeremybrook), Heineken’s global lead for digital and media innovation, says that “We worked very carefully with Twitter to understand how your age-gating solution worked, and after we were really sure it worked as well as we hoped it did, it’s allowed us to do things like #ShareTheSofa.”

#ShareTheSofa is a global campaign built around a simple idea to bring football stars and fans together through Twitter. 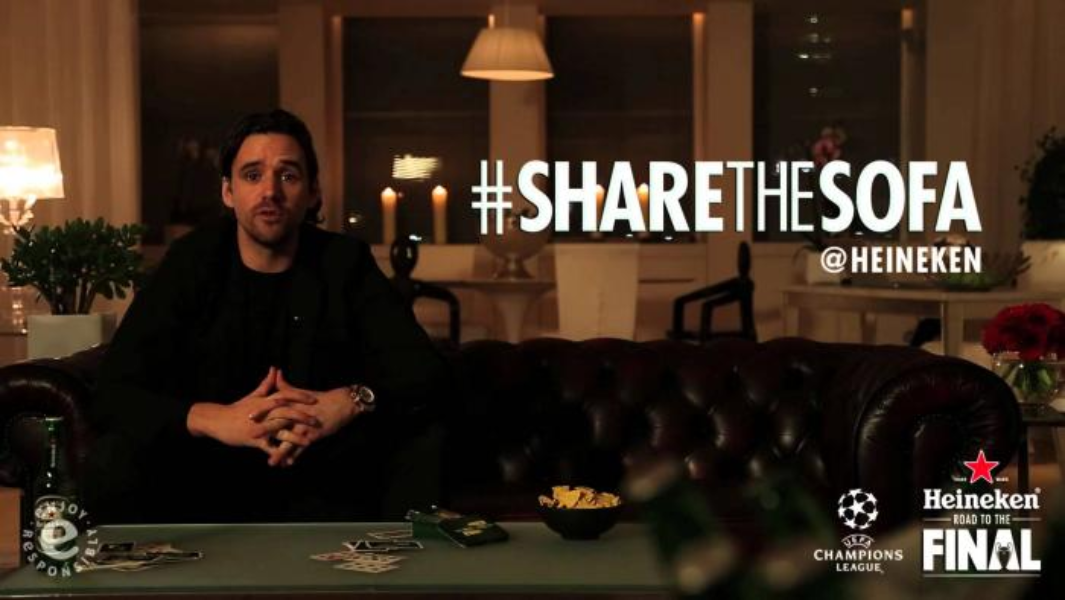 Brook says that the campaign taps into a core opportunity that Twitter presents @Heineken — to help maintain what he calls its “digital inventiveness.” The campaign also speaks directly to the shifting cultural mores of how fans now watch football.

“We know that about 70% of people that now watch Champions League games during the week are doing so from home — they’re not in bars or pubs like they might have been in the past. And over two-thirds of those people at home are using a second screen to watch the game,” Brook notes.

He says this means that the Twitter platform is critical for @Heineken in thinking about how it tells a story, as Twitter is where fans are already having conversations about what interests them.

That’s something any football fan will know as waves of game-related hashtags fly on match days. “It’s a perfect opportunity for us to be part of that conversation, and it’s one of those rare moments where you can have a first or a second screen in that environment,” says Brooks.

The added benefit is that @Heineken can have that conversation both locally and globally: it can engage in Champion’s League conversations not only in Europe, but in the U.S., Brazil, Africa and wherever they take place.

As Brooks observes, “At a local level we need to be really relevant. Examples from the U.S. or Brazil around how they’ve activated local stories or brand stories from a local interest are great examples of how Twitter can get right down to the level of a country or a city.”

He further notes that since Twitter is a global platform, it provides a perfect opportunity for @Heineken to tell a story in a way that appeals to its consumers everywhere.

For global brands like @Heineken, it has become more than a line on the media schedule. Instead, it’s a platform that is considered at the campaign planning stage. Brook puts it this way: “You need to think about the natural and organic conversation that consumers are having, whether or not you want to respond and engage with them, and also think about how you might want to promote or activate that [conversation]. So I think it’s actually a wonderful thing about Twitter, it’s one of the things that makes it such a magical platform.”

Watch the full video interview with @jeremybrook where he talks about he has learnt from this personal use of Twitter and his top tips for other brands using the platform.