Stevie Parle is the youngest chef the River Café ever employed and went on to publish several books and run the @TheDockKitchen in west London and @Rotorino in the east.

Like the cool and relaxed vibe of the @TheDockKitchen, which overlooks the Grand Union Canal, Parle is a fan of the informal conversational nature of Twitter. As part of #RestaurantWeek, we spoke to him about this and how he uses the platform as a chef and a writer.

“Sometimes I’ll get people tweeting, saying ‘hey I made this, it didn’t quite work out, what was wrong with it?’. That’s really interesting because then I can engage and find out what happened and I can make my recipes of a better quality. But also people tweet pictures of stuff they’ve cooked and for me that’s so satisfying and enjoyable,” he says. 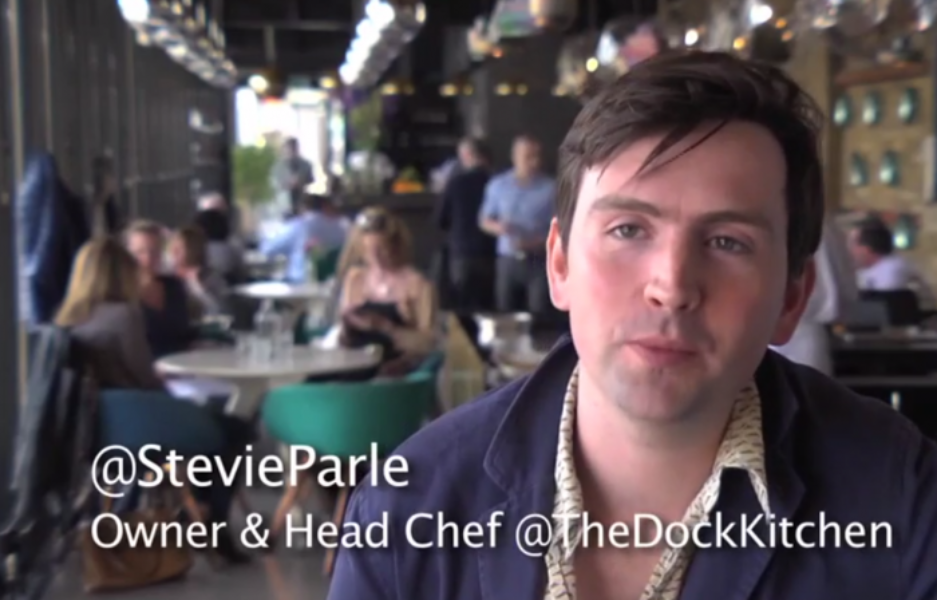 That direct communication, and lack of formality is one of the things that he’s found really attractive as a chef.

That easy conversation is really important.

“Just being able to have people tweeting saying ‘I love this’ and ’ I didn’t like this so much’, whatever it is, just that easy conversation is really important,” he says.

A huge part of that conversation is, of course, the food and that’s one of his top tips for others restaurants. You’ve got to, he says, have good pictures.

“If you’re going to tweet a photograph — you’re putting something about your restaurant, that you really care about, out into the world — make sure it looks nice,” he says.

Beyond the food, Twitter has proved important to helping Parle and his business partner Jonathan Downey (@DowneyJD) promote their new Italian venture @Rotorino, which launched with little traditional promotion.

Watch our interview with Stevie Parle