This week is the UK & Ireland’s first ever #RestaurantWeek, a celebration of the restaurant industry on Twitter. As the second day draws to a close, here are a few tasty treats we have discovered so far:

1. Some Twitter users have unusual taste. @PizzaExpress asked people what toppings they’d like on their pizzas, and they’ve come up with some amazing creations: Hoisin sauce, crispy duck, goat’s cheese, leeks, spring onions, bangers and mash, or banana and pancetta, anyone?

So here it is, our bangers & mash pizza (with a side of beans). Tasty! Would you try it? #askthechef #RestaurantWeek pic.twitter.com/8GN14lKxa5

2. How do you shuck an oyster? Here’s a six-second guide from @HixRestaurants:

3. The folk at @ASKItalian make a purrfect cup of coffee.

#DayInTheLife… Lights on, Coffee machine on. Start your day the Italian way! @bellis_tom has his coffee ready! pic.twitter.com/FT1dhTBRM6

4. @Harrods has multiple restaurants, each more beautiful than the last.

From tomorrow we will be bringing you a wonderful treat… Join us for what will be a very tasty #RestaurantWeek. pic.twitter.com/T6HlVonOPJ

6. @PhoRestaurant are giving 20% off anyone who posts a #RestaurantSelfie tomorrow:

It’s #RestaurantWeek in the UK & tomorrow is #RestaurantSelfies day! get 20% off your bill by posting a selfie @ Pho! http://t.co/Y081isHerz

8. To celebrate the week, @grub_club are giving away tickets to @foodiesfestival this weekend:

9. The folk at @DuckandWaffle use customer feedback from Twitter to refine their menu (and have some of the best views in London):

10. Sometimes a chef has to have a burger — a dirty big burger.

Sometimes a chef has to have a burger, a dirty big burger. pic.twitter.com/FEo9MODZNd

Throughout #RestaurantWeek (June 2-8), more than 1,000 restaurants across the UK & Ireland are sharing behind-the-scenes updates, exclusive pictures, videos, news and updates with their followers. They are using the daily hashtags to join the conversation; see them here.

#RestaurantWeek is supported by the British Hospitality Association (@BHAtweets), OpenTable (@OpenTableUK) and the Restaurants Association of Ireland. Follow @TwitterUK for updates throughout the week and check if your favourite restaurant is taking part on this interactive map. 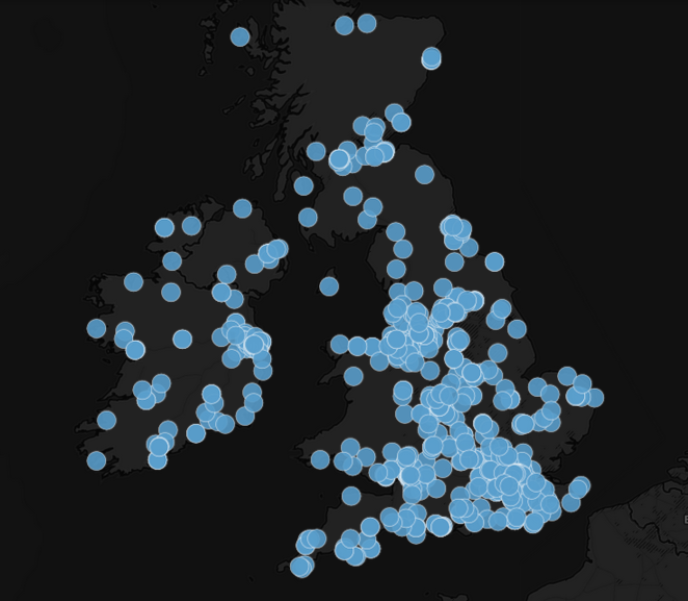