Lord’s celebrated its 200th year as a cricket venue on Saturday, and told its story live on Twitter to excited fans around the world.

The host team MCC, captained by all-time leading Test runs scorer Sachin Tendulkar (@sachin_rt), beat a Rest of the World side captained by @ShaneWarne, who unfortunately broke his hand in the defeat.

But the #MCCvRoW game was less about the result than the celebration of cricket, with Lord’s @HomeOfCricket Twitter account capturing shots of the all-time great players on show with the behind-the-scenes @TwitterMirror throughout the event.

Before the match, the players came together for a slap-up meal, during which the 22 players (17 of whom are on Twitter) queued up to take their selfies:

Even before that, fans shared their support from around the world:

On Friday, fans then had the opportunity to ask Tendulkar a question at his press conference via #AskSachin on Twitter:

And when it came to matchday itself, Twitter brought fans closer to the action than ever before.

From the coin toss…

To the player caps…

To the arrival of Tendulkar…

To this amazing @GoPro footage of RoW opener Adam Gilchrist (@gilly381) playing his shots, taken by a camera in his helmet.

As it prepares for its next 200, communicating with cricket fans via Twitter has become a priority, as shown by the rallying calls for #TeamSachin and #TeamShane outside its historic pavilion. 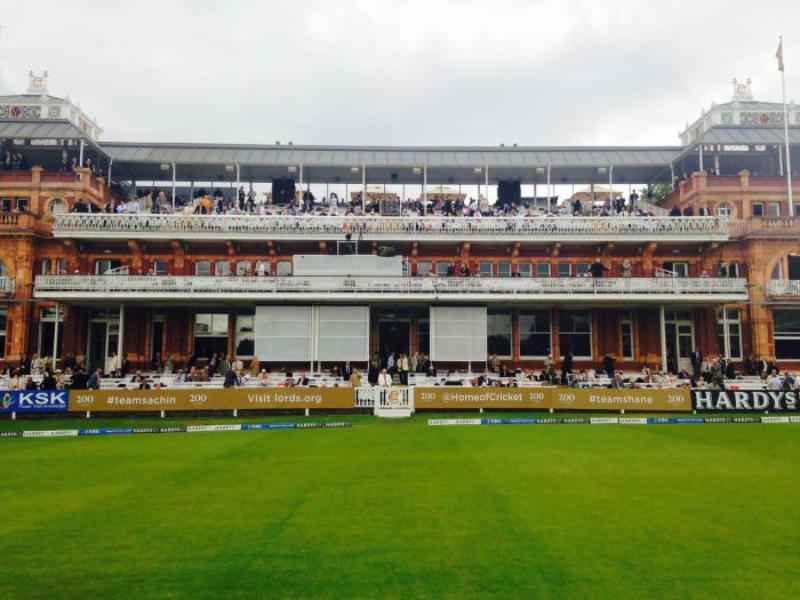 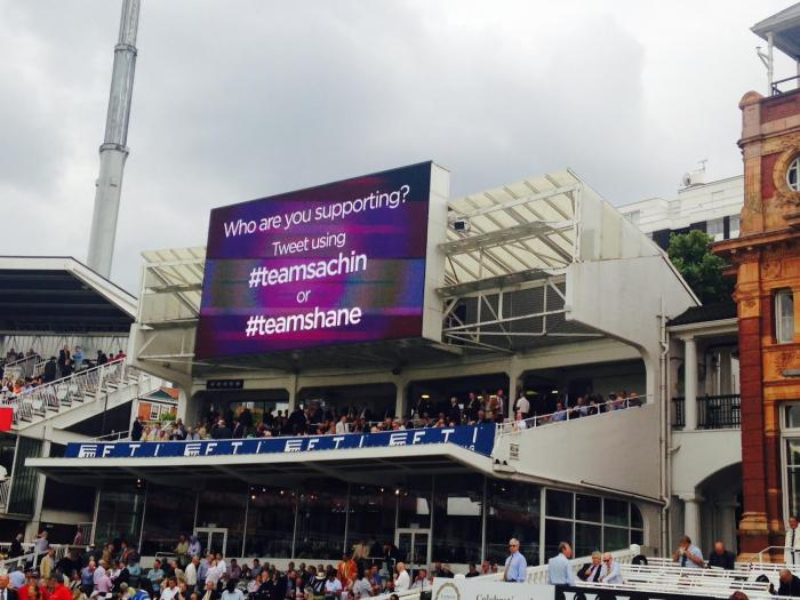 Images used with permission of the Marylebone Cricket Club (MCC)