As the #Glasgow2014 Commonwealth Games begin, interest among UK Twitter users is high, and builds on the excitement garnered by the London 2012 Olympic Games.

The three peaks during the event that drove the highest Tweets per minute were: @SusanBoyleHQ performing ‘Mull of Kintyre’; ‘God Save The Queen’ performed by Robert Lovie; and @rodstewart’s performance of ‘Rhythm of my Heart’. 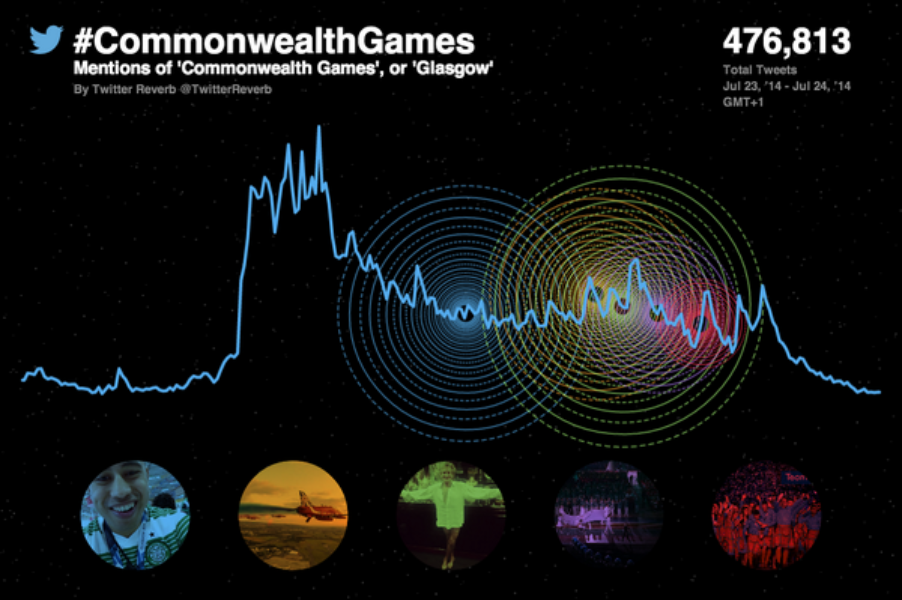 According to the findings of new research* conducted by Vision Critical, it’s estimated that nearly 60% of UK Twitter users will be following at least some of the 2014 Commonwealth Games action. You can learn about the 700+ athletes from across Scotland, Wales, Northern Ireland and England who are competing in @Glasgow2014 via the Twitter UK blog.

Of course, athletics will dominate at #Glasgow2014, and among those planning to watch the games, as many as 71% will tune in to see the likes of @Mo_Farah and @GregJRutherford compete in track and field events.

The study also found there is plenty of interest in other sports among UK Twitter users. For instance, 53% are planning to watch cycling as double Olympic Champion @LauraTrott31, among others takes to the track. Gymnastics and swimming are also likely be big draws, with 35% saying they will tune into these events. 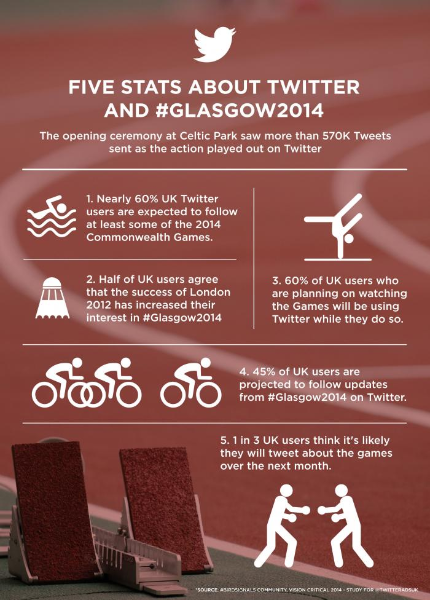