Friday’s transfer deadline day generated a huge 1.9 million Tweets as fans, players, pundits and clubs flocked to Twitter to find out the latest updates on who was moving where.

To find out more about that conversation, we worked with Pulsar (@Pulsar_Social) to create this stunning visualisation of Twitter across the course of Friday 31st January. By analysing conversation on Twitter, it reveals who were the most talked-about players over the course of #DeadlineDay, and which clubs they were rumoured to be moving to: 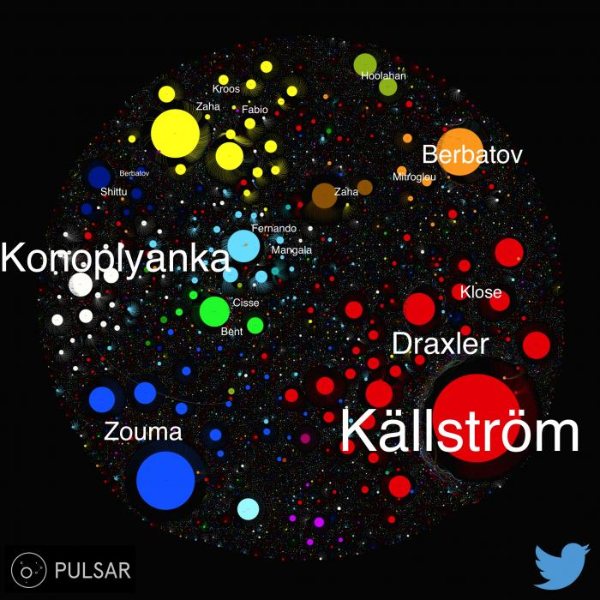 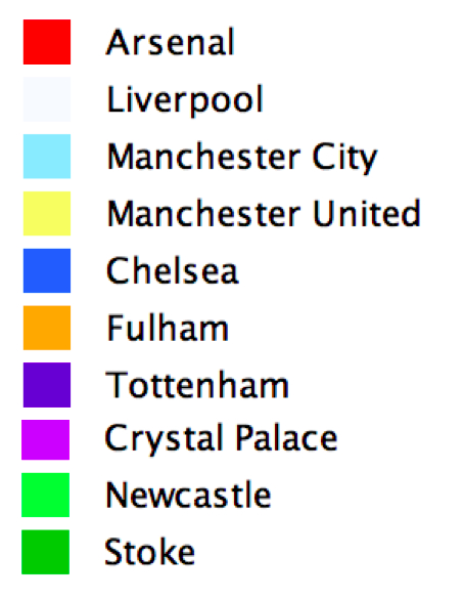 The day’s high-profile transfers, such as Källström’s deal to @arsenal, Berbatov’s transfer to AS Monaco (@ASMFC_MONACO) and Zouma’s move to @chelseafc dominated the conversation, but it is also fascinating to observe bubbling speculation around rumoured signings like Mangala to Manchester City (@MCFC) and Konoplyanka’s on-off move to Liverpool (@LFC).

Here’s how the players stacked up when it came to volume of conversation on Twitter: 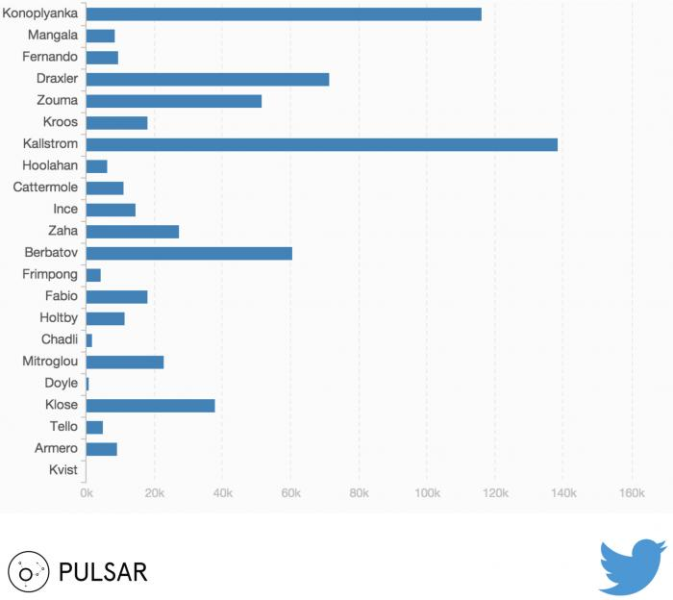 Analysis revealed that @Arsenal was the team that generated the most buzz. Tweets about their activity made up 24.8% of all the #DeadlineDay conversation. Liverpool (@LFC) were second with 15% and Manchester United (@ManUtd) third with 11.1%.

And strikers dominated the conversation: 55% of all conversation on deadline day was focused on attacking players rather than midfielders or defenders.

Twitter has become the definitive place for football fans, clubs, journalists and players to share the latest updates and news and keep track of what’s happening on #DeadlineDay. More than half of Premier League first-team players are on Twitter, and the 2013/14 season is the first in which fans have been able to follow all 20 Premier League clubs on Twitter too.