62% of football fans on Twitter will be watching the #UCLfinal

The English football season came to a glorious conclusion with Saturday’s FA Cup Final, but come Saturday it is time for Europe and the Champions League Final. And when @juventusfc meet FC @FCBarcelona in Berlin, 62% of football fans on Twitter will be watching:

Before, during, and after the game fans will be glued to their TVs and on Twitter. Among male football fans on Twitter the number is even higher: some 75% of men on Twitter say they will be watching the #UCLFinal, according to recent research from our #Birdsignals Research Community.

When the game is on, 60% say they plan to be using Twitter as they watch. Half say they will use Twitter to make their own comments on the match. Almost as many again (47%) say they will turn to Twitter for entertainment as they soak up what other football fans are saying on the platform. 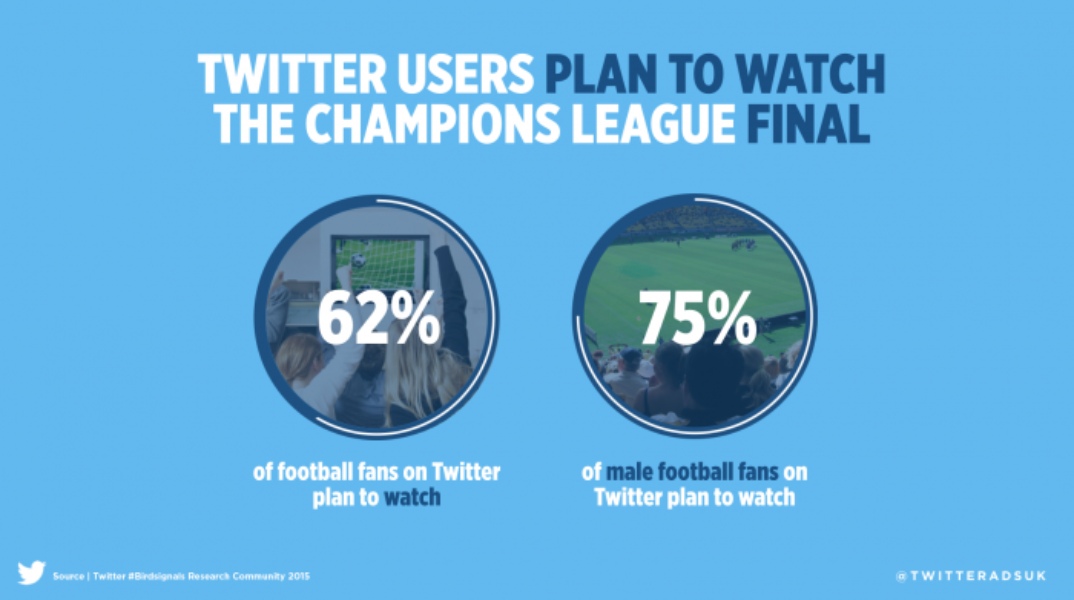 Football is always a hugely social occasion – people love to watch with their friends. Reflecting this, some 40% of male Twitter users say they plan to watch with mates, whilst 25% will watch at the pub.

As well as sports brands joining the conversation, which have associations with players and clubs, there is a major opportunity for FMCG brands to connect with fans as they stock up for the game.