Transfer Deadline Day is almost here and the conversation will be happening on Twitter. There were more than 4.2 million Tweets about about it in September and come Monday, Twitter will light up as speculation flows and news breaks about new big name signings.

To highlight how big football is on Twitter and what it means to our users in the UK, we’ve put together the infographic below. It underscores why 8 out of 10 of the UK’s biggest Twitter moments in 2014 were football related and why using Twitter has become a big game ritual for many fans.

Twitter is the place football fans discuss team selections, debate the game and speculate on transfer gossip. Twitter has an audience of 7M football fans and that number is growing. Keep reading to find out why. 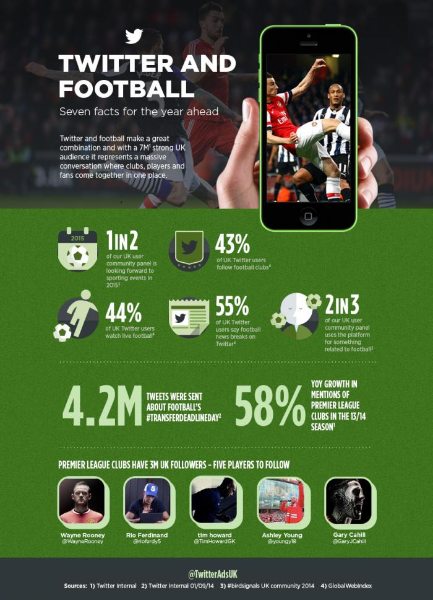