At Mobile World Congress in Barcelona, we’ve been talking about how Twitter can help app developers to drive user growth, engagement and revenues.

Mobile is in Twitter’s DNA. Each month, over 288 million people use Twitter, and 80% do so from a mobile device. And with the recent release of Fabric, our mobile development platform that offers free tools to spread the word about your app on Twitter, our mobile story continues to grow.

When it comes to apps and Twitter users, the numbers speak for themselves. In the UK alone, Twitter users have 25% more apps than the average average smartphone user, according to recent research conducted by Research Now (@ResearchNowUK) for Twitter Mobile App Research, UK, (Feb 2015). Furthermore, GWI found in 2014 research that 58% have installed an app in the past month. 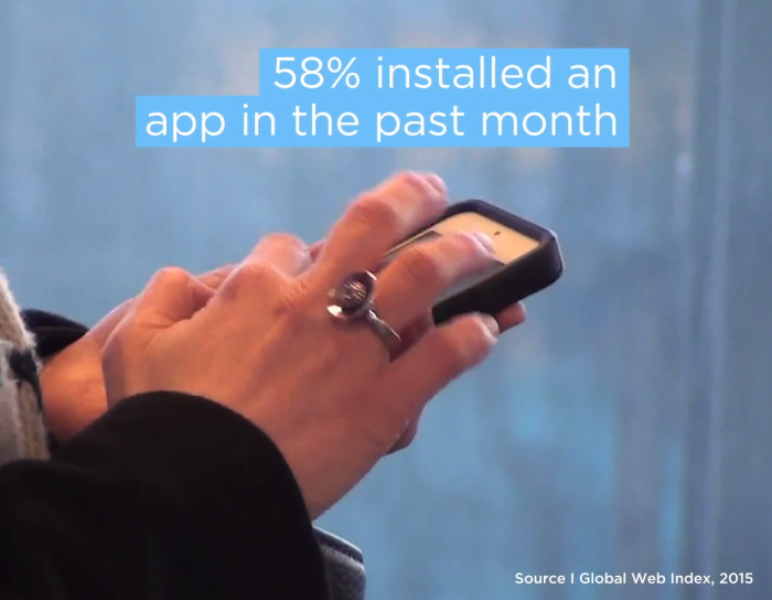 The @ResearchNowUK also found that 30% of people said they would be willing to install an app they discovered on Twitter. And 27% say they pay for in-app purchases.

When Twitter users do install and use apps, they often then use the platform to tell their followers about it. That’s something that @GetTaxi has seen, says CMO Rich Pleeth:

“Not only were users installing our app, but they were endorsing @GetTaxi through Retweets and reaching out to us directly.”

We talked to five mobile advertisers about their success with mobile app promotion on Twitter, and made a video based on their findings (below). They shared the numbers in terms of higher install rates, more engagement, lower CPI (cost per install) and ultimately an increase in revenue.

Another talking point is the real-time nature of the platform. @DigipillApp’s CPO, Liam Houghton, says:

“What puts Twitter ahead of the competition is the dynamism and the immediacy of the platform. As a brand, you can engage in real-time conversations with users.”

That real-time engagement delivers real results. Houghton reveals that not only did the app rise to the number one position in the app chart for Health & Fitness (and stay there for a month), but on the back of this witnessed a dramatic 218% increase in revenue.

Watch this video to find out more: