Five ways “thinking in hashtags” can lead to better ideas

From its humble beginnings, when an early user suggested this way to categorise Twitter conversations, the hashtag is now an established part of everyday conversation, both on and off Twitter.

The recent Super Bowl is perhaps the best indicator of the hashtag’s meteoric growth. In 2011 Audi stood out by being the first and only brand, at the time, to use a hashtag in its Super Bowl ad. Four years on as many as 50% of Super Bowl ads featured hashtags.

This growth suggests that the benefits of using hashtags – to centralise and encourage conversation – are well established. But while hashtags can now been seen as an established output of the planning and creative process, their benefits as an input to that process have been less discussed.

This is because as well as being an excellent summary of an idea when a campaign goes live, hashtag thinking – asking, “what’s our hashtag?” regularly throughout the planning and creative process – can help to create better ideas. 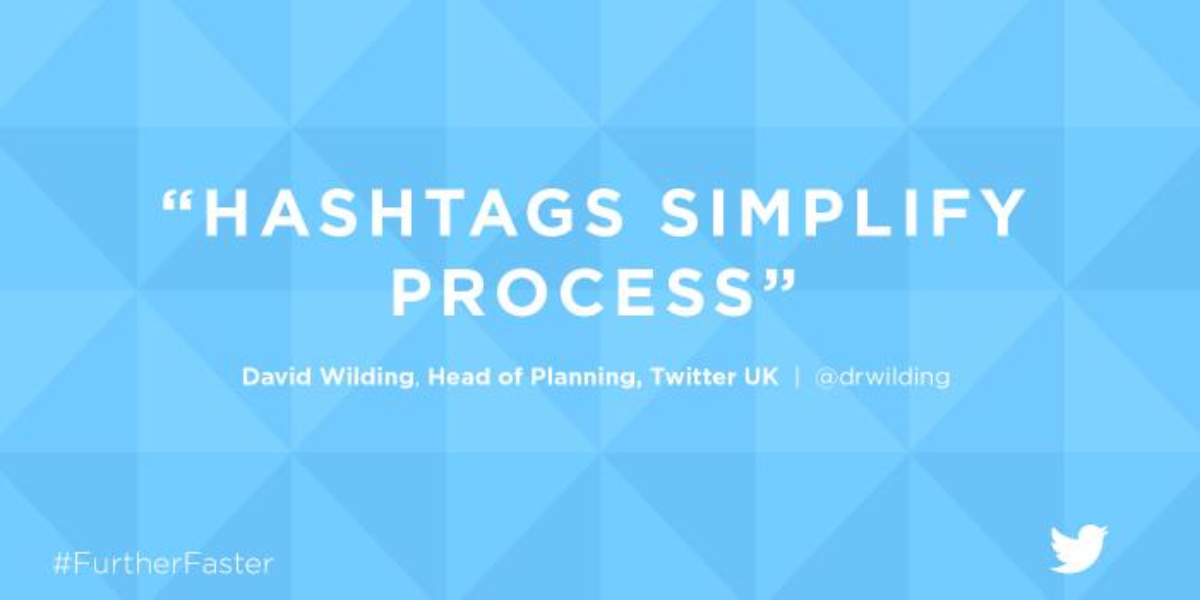 Hashtags can provide an instant test of clarity and distinctiveness, and many of the best ones - such as #lidlsurprises - become repeatable over time, embedding an association in peoples’ minds, and so becoming a distinctive long-term asset.