Real-time marketing has been all the buzz for awhile now. Every smart marketer knows the value of monitoring brand mentions on Twitter and takes community management seriously. What I’m really excited about is when real-time Tweets are baked into an original creative idea.

‘Orchestrated Real-Time’ is my term for planned activity that is integrated, not merely opportunistic. It is much more meaningful than branter or commenting on every holiday — product relevant or not.

Like Oreos + milk, it is almost impossible to enjoy a major football match or red carpet event without dunking into Tweets. Even logged-out users can follow along, plus the mass media will showcase these always-on ‘vox pops’ during their broadcasts. It is a natural organic use of the platform — but also one that social marketers have wisely exploited.

Reviewing winners from Cannes Lions 2015, I’m struck by how many list Twitter reach and engagement metrics as part of the success of the campaign. The Direct Grand Prix, “Volvo Interception” by Grey New York, used our second screen behaviour as the driving tactic behind their bold contest to hijack attention during the Super Bowl.

Rather than run an expensive TV spot, the company encouraged viewers to Tweet #volvocontest during the commercials of rival car companies for a chance to win a new Volvo.

The hashtag was the only auto-related term to trend during the game, and became one of Volvo’s most successful viral marketing efforts. Not surprisingly, the work also won a Gold PR Lion and a handful of Silver Lions across categories.

During the World Cup, Allstate Insurance knew fans would be Tweeting encouragement to their favourite teams. Based on the insight that rivalries are a big part of football, they came up with an inventive idea designed to let Hispanic soccer fans #SendBadLuck (#EnviaMalaSuerte) to the opposing team.

Using Allstate’s existing character, Mala Suerte (@soylamalasuerte), the personification of misfortune, the brand responded to users in real-time by Tweeting back a tongue-in-cheek video showing how the bad luck they had wished on a rival came true. The activity grew their Twitter channel 75% and humorously reinforced the insurance company’s message that in sport, just like in life, no one is safe from Bad Luck.

“Plans are of little importance, but planning is essential.”

This Winston Churchill quote was echoed by another WWII hero, Dwight D. Eisenhower, who would have appreciated the pluck behind this next Cannes winner, #TechnologyAndStuff.

Chevrolet’s PR and social team might just have bemoaned the bad luck of having a company spokesperson fumble his speech while presenting a Chevy trophy truck to the World Series MVP, Madison Bumgarner of the @SFGiants. Instead it jumped on the hashtag themselves, owned the moment and shared a laugh with the Internet meme machine.

I love this case. Kudos to Chevy who deserve their PR Lions, not to mention $5M in free media exposure. Reaction this fast and this smart is only possible with advance planning and a savvy team. At H+K, we use our Flight School social media crisis simulator to help clients prepare for these minor flubs as well as bigger issues. Sophisticated real-time needs a truckload of advance planning.

Marketing-speak is full of old-fashioned military terms like ‘campaign’, ‘target’, and ‘capture’. What if we changed the terms of engagement to love, not war? Brands should woo users and use social to express loyalty as well as drive it. Empathy is one of the most welcome trends I see in modern marketing and it comes from brands who build ideas from emotional insights, not demographics.

This spring, H+K helped a baby care client share its love for all infants with a real-time campaign that took almost nine months of planning. Knowing the UK would be watching Twitter for the birth of the next royal baby, we established #everybaby as the hashtag heart of our social strategy and the title of the accompanying evocative film celebrating the birth of every little prince and princess.

By crafting the hashtag into our content calendar creative in advance of the royal birthday, as well as after, we gave it meaning beyond a single day. It became an evergreen expression of what the brand holds dear.

‘Orchestrated Real-Time’ is the way forward for companies who want their content strategy to be both relevant and on-brand. A recent study from Wayin indicated that almost 60% of marketers plan to increase their real-time marketing budget. And many are ramping up their customer service to take advantage of Twitter’s social care capabilities. These positive signs show that real-time has grown up. It’s moving out of the war room and on to a much more creative stage. 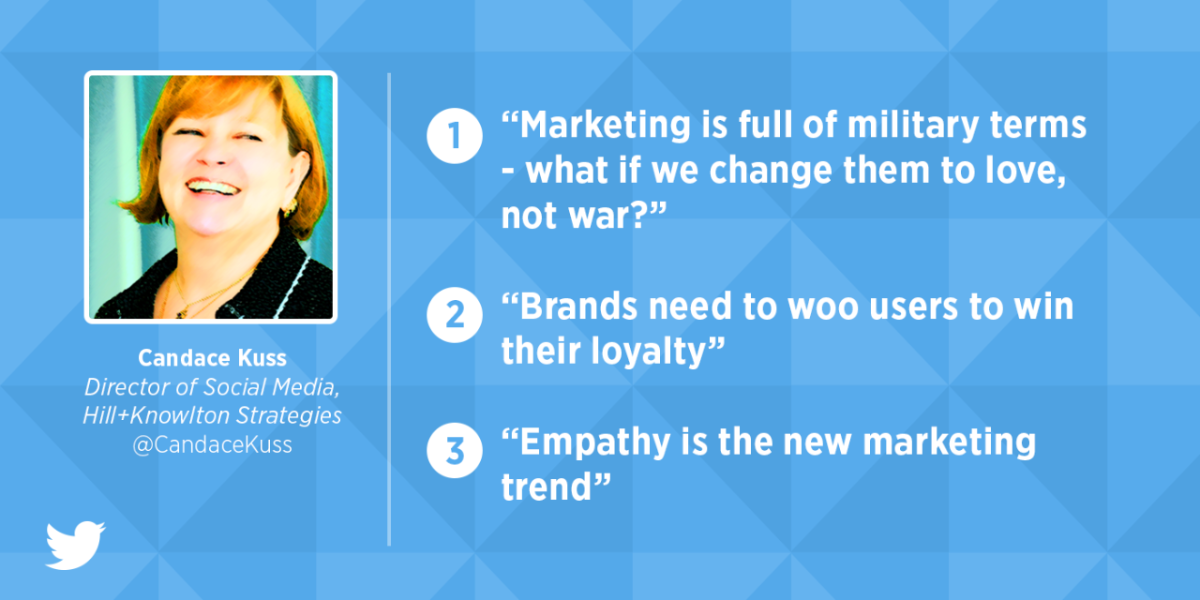