How brands fitted into #TheDress

Last week a conversation about the colour of a dress trended on Twitter around the world and generated millions of Tweets. Many brands joined in with strong contributions to the conversation. We’ve brought together a selection of those Tweets and three things you can learn from #TheDress.

One of the most widely engaged-with brand Tweets was that of @Specsavers, which proved itself to not only be speedy in reacting to this kind of unfolding meme, but also amusing and perfectly on-brand. 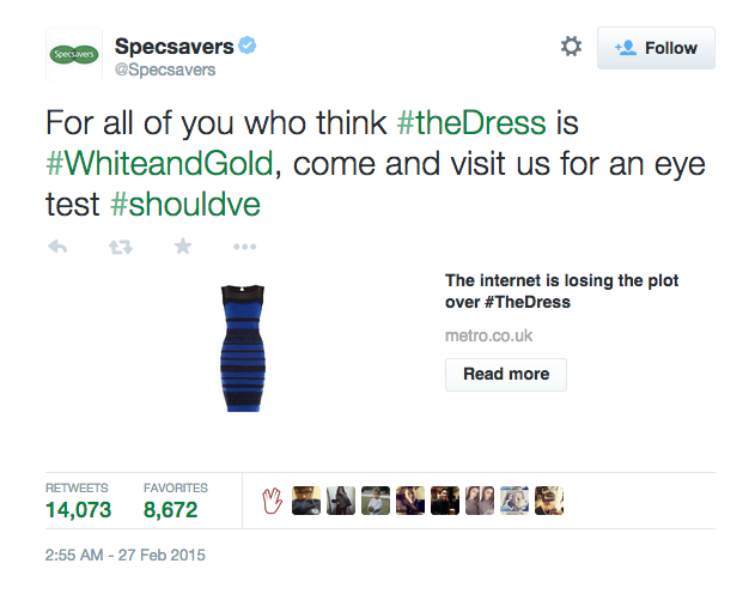 As it does with so many moments, LEGO (@LEGO_Group) recreated #TheDress in bricks, creating figures wearing #whiteandgold and #blackandblue.

There were a number of companies that played on the colour of their products, including @xboxuk, @HBIreland and @Braun, all of which kept it simple.

Similarly, @ParamountUK played strongly on humour, with a Tweet adapting a famous line from its movie ‘Mean Girls’, for which it was rewarded with a high level of engagement.