#MuseumWeek starts with a selfie

From today (Monday March 23) until Sunday March 29, more than 2200 museums around the world will come together for #MuseumWeek 2015, a digital celebration of museums and culture on Twitter.

To launch the event in the UK, the Tower of London’s Yeoman Warders (‘Beefeaters’) took a ‘selfie’ in front of the landmark’s iconic White Tower. Already very active on Twitter via the @HRP_palaces account, the Tower of London will launch it’s new Twitter handle @TowerofLondon today. 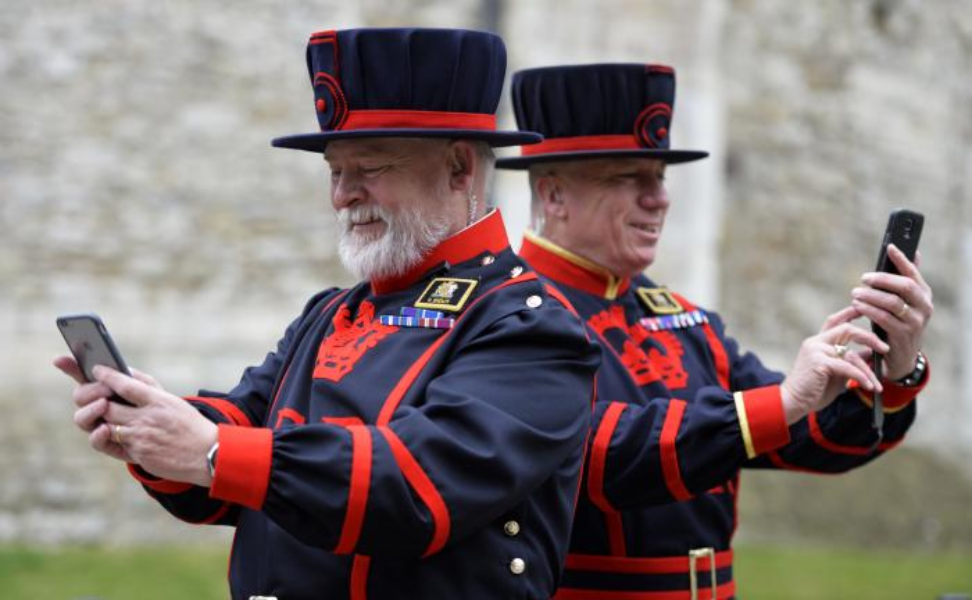 To coincide with #MuseumWeek, we’re launching @TowerofLondon on Twitter, bringing 1,000 years of history to life 140 characters at a time.

He added: “We’re delighted to be taking part in #MuseumWeek for a second year and looking forward to Tweeting more tales from the palaces, enabling a global audience to explore some of the ‘secret’ spaces that aren’t open to the public.”

UK museums lead the pack
More than 350 of the 2200 museums taking part in this year’s #MuseumWeek are from the UK, the most of any of the 64 counties taking part. Each day will have its own special hashtag so museums and museum-lovers can join in and share pictures, videos, facts and stats that will bring their collections to life on Twitter.

As well as the @TowerOfLondon, the list of museums taking part includes some of the country’s biggest institutions like the the Tate (@Tate), the British Museum (@britishmuseum), the Imperial War Museums (@I_W_M), and Eureka! The National Children’s Museum (@eurekamuseum).

They’ll be Tweeting alongside smaller and more specialised collections such as the British Postal Museum & Archive (@postalheritage) and the Museum of East Anglian Life (@MuseumEALife).

Jess Ringham, Digital Communications Manager at Tate, explained why the Tate is a fan of Twitter: “Twitter is Tate’s fastest growing social channel and has become vital to us in reaching new, global audiences. We are always looking for new ways to innovate the use of Twitter, as it’s increasingly becoming the heart of digital debate and education around art and creativity.

Last year’s #MuseumWeek was a massive hit with over 630 organisations in 20 countries joining in.

Culture Minister Ed Vaizey (@edvaizey) is lending his support to #MuseumWeek: “After the huge success last year, I’m delighted this brilliant initiative is back for a second run. Our museums are fascinating places of knowledge and discovery and #MuseumWeek allows millions of followers to get a unique glimpse behind the scenes”

It’s fantastic that 350 British museums are taking part this year, highlighting to a global audience why they’re among the most popular and exciting attractions in the UK.

Seven Days, Seven Themes
Every day there will be a different theme including for museums and museum fans to Tweet along with. These are as follows:

To discover more about what the UK museums have got planned and to follow them, check out this page. Some examples include: