This Christmas, a big purchase for many will be PC and console games. The audience on Twitter is huge and they’re far more likely to talk about gaming than the average internet user.

That’s one of the new research findings conducted among our @Birdsignals UK* users community into console games and Twitter.

Just in time for #BlackFriday and #CyberMonday, many big gaming titles have been (or are about to be) released, including some of those in our gaming collection below. These are the titles that will be vying for the attention and wallets of users — many of whom will purchase only one title.

There are millions of mentions of different gaming titles throughout the year on Twitter, as users share their excitement about new games, tips, and gaming experiences — like these cool tricks or great shots. 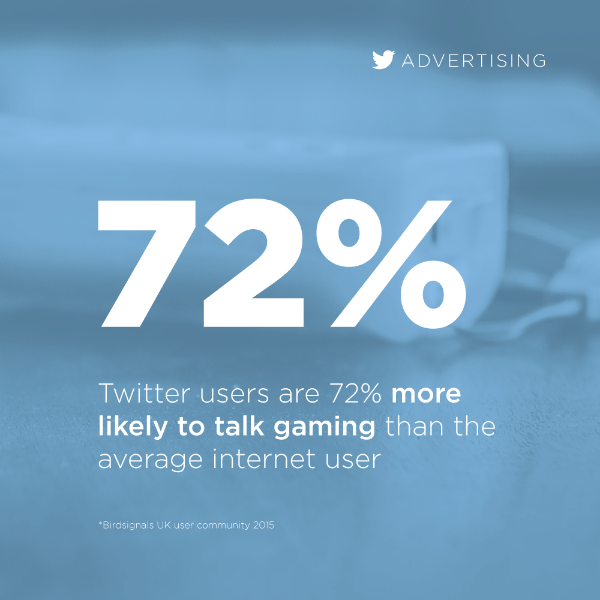 Users will be looking out for great gaming content as well as reviews that are shared on Twitter to help them make-up their minds.

Our study found that UK Twitter users are not only avid gamers, but also that gaming is part of their identity. They often talk about gaming and are seen as influential and asked their opinions by others. Here are our seven top stats about gamers on Twitter: