Two big Christmas shopping days are almost upon us. With the arrival of #BlackFriday and #CyberMonday later this month, consumers will be looking for ideas and inspiration, particularly when it comes to tech products. New research shines a light on the role Twitter can play in driving sales of smartphones, which will be at the top of many people’s seasonal lists.

A recent MarketShare study (1) shows that for every £1 invested in paid Twitter Ads there was an £8.10 return on ad spend generated in the smartphone market. This equates to Twitter being 1.4x more efficient than other measured media channels.

This is particularly true when it comes to combining Twitter and TV ads as part of a smartphone advertising campaign. The MarketShare study found that TV ads in the smartphone market produced 17% more return on ad spend investment when run alongside Twitter campaigns versus TV alone. 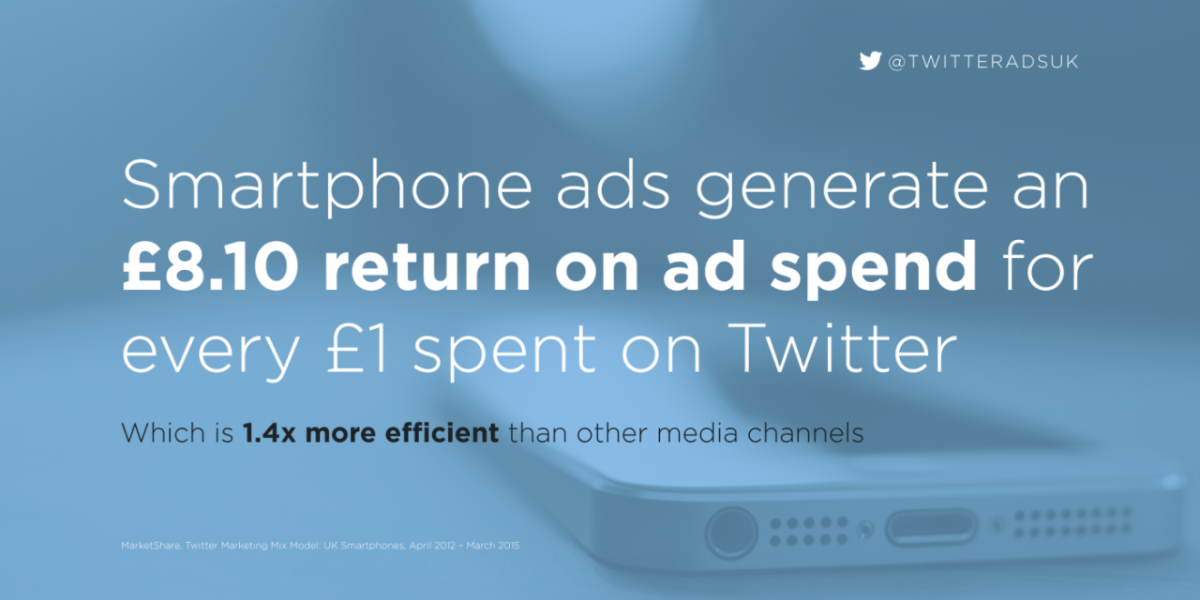 Getting a new mobile phone is a major conversation topic for many people on Twitter. What may surprise is the scale of just how many have recently bought or are planning to buy new mobile phones. Additional research conducted for Twitter by Nielsen (2) found that 82% of UK Twitter users have changed — or intend to change — their smartphone within a 12-month period.

When those consumers are looking for information about what their next purchase might be, they’re turning to Twitter. As many as 54% believe Twitter provides valuable news about brands/products, and a similar number enjoy reading Tweets containing recommendations and advice about what to buy.

The study highlights how 54% also use Twitter throughout the purchase cycle. It also underscores the value of attracting followers, as many of those who do follow brands are showing strong signs of intent to purchase.

The Nielsen study reveals that 65% of those who follow mobile phone brands have recently bought a smartphone. This points to the value of running follower campaigns on Twitter when promoting new mobile phone products.