Twitter and Vine powered an incredible night at The #BRITs 2016. From the red carpet to their dressing rooms and the stage, artists Tweeted their excitement from the event, together with the fans at home fuelling 7.5 million Tweets. 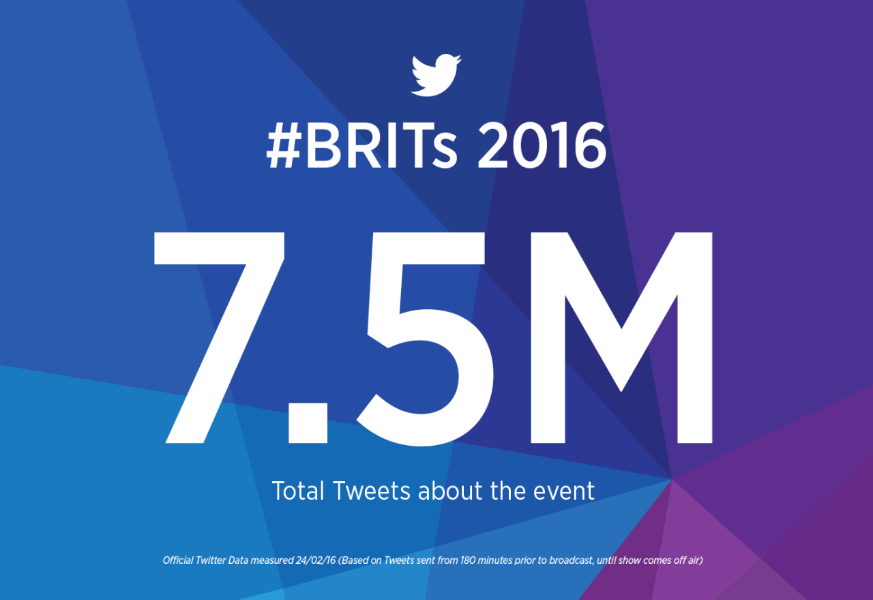 Fans Tweeted in their millions, and these were viewed more than 602 million times on & off Twitter. Much of this owed to a double social vote for the first time ever.

A live Twitter vote ran during the broadcast, for the third year running, with One Direction’s Drag Me Down emerging victorious for Best British Video. New for 2016, a Twitter vote also ran for British Breakthrough, which @thebottlemen took home.

In a UK Awards first each performer and presenter, as well as the famous trophy, had their own special emojis which became part of the night on and off Twitter. In fact, there were more than one million Tweets mentioning the #BRITs emoji specifically.

Vine also captured some amazing moments, with fans able to enjoy a very special channel within the app dedicated to #BRITs night content. Loops were up from one million to ten million on @BRITs’ official account, in the same day! 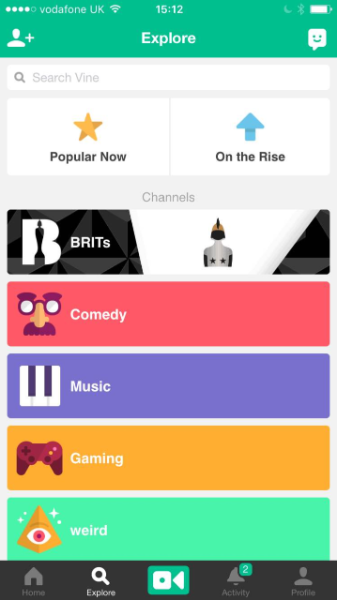 Vine highlights included @CraigDavid on the red carpet with @LeslieWai and @AntoSharp, @JustinBieber giving @Adele a peck on the cheek and @SimonCowell getting caught out by @AntandDec

People could follow the event throughout the day on Twitter Moments, capturing the best stories such as @astro_timpeake giving @Adele the Global Success award.

Moments partner @Vevo_UK also shared their stories from the biggest night in the UK Music Industry.

Adele stole the show across the board, including on Twitter. The moment she was recognised for her global success saw an incredible peak of 55,000 Tweets per minute. 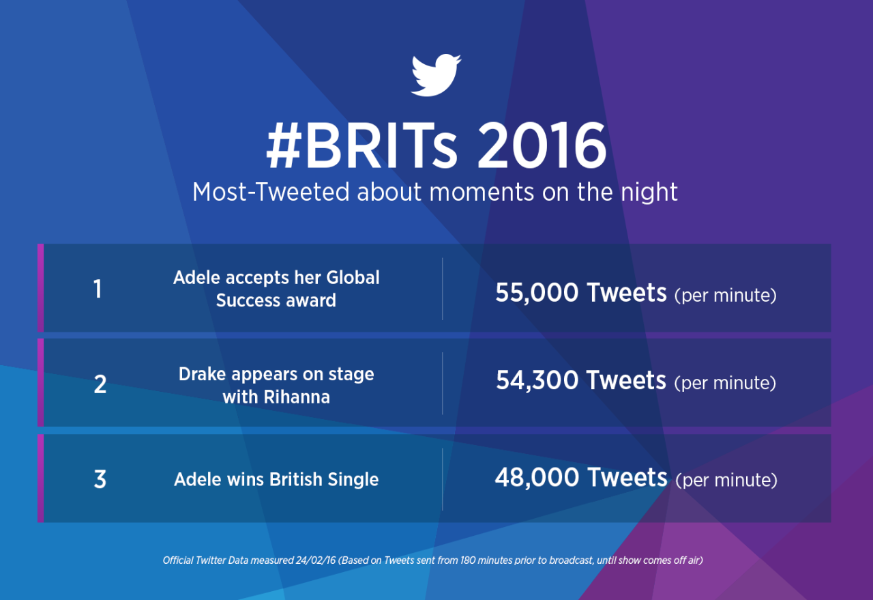 Adele featured once again when it came to the most-discussed individuals on Twitter, but she trailed behind the “One Direction” boys who dominated conversation as ever. 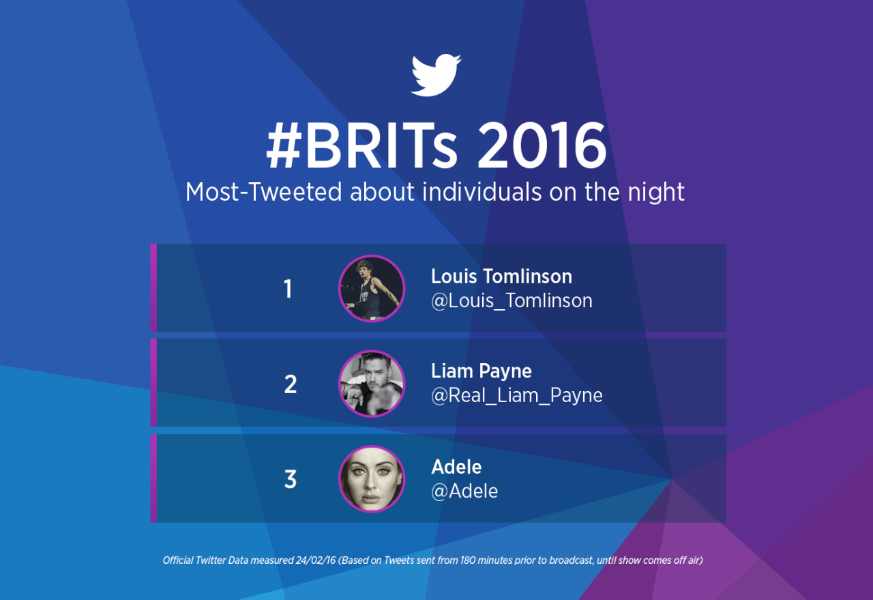 And finally, the big winners of the night @coldplay, @JamesBayMusic and @adele matched their success on stage on Twitter. Here’s the breakdown of who dominated Twitter debate around British Male, British Female, and British Group. 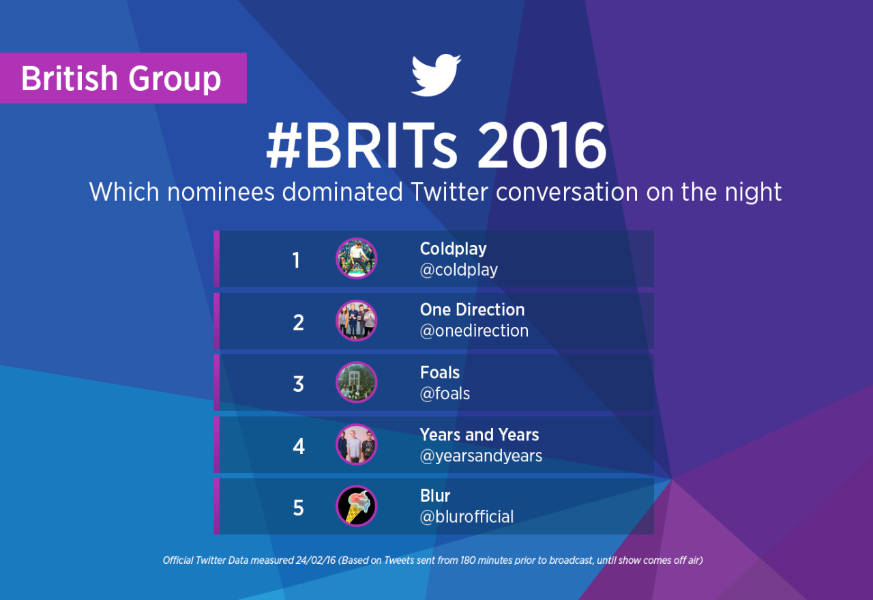 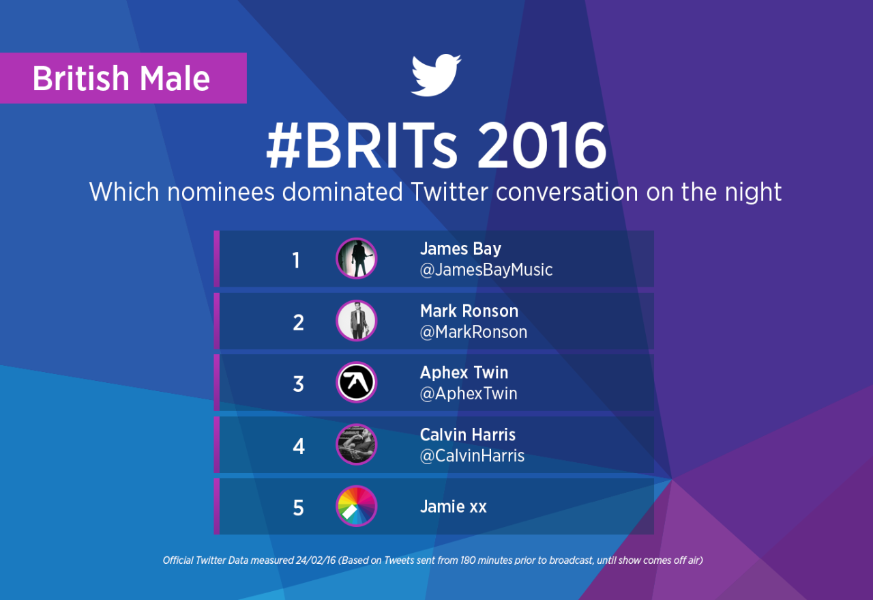 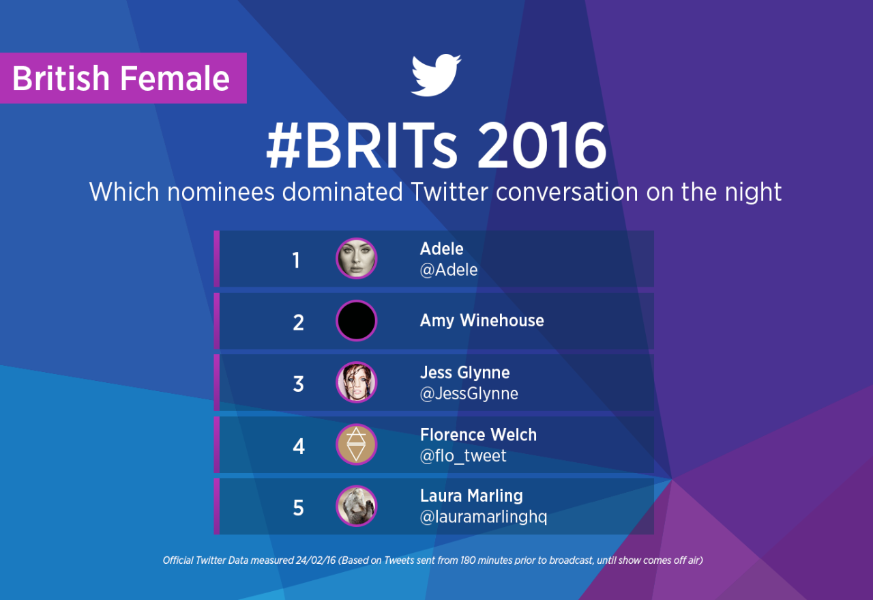