Conversational ads contain compelling images or videos that include call-to-action buttons with customisable hashtags. The new Instant Unlock Card builds on this by incentivizing users to Tweet by offering access to exclusive content (e.g., a film’s trailer or an exclusive Q&A) after the Tweet is sent.

Don’t just take our word for it. Clients who participated in the beta shared feedback about their own experience with conversational ads.

@XboxUK encouraged Twitter users to experience its latest video game #QuantumBreak using the new Conversational Video format. Audiences chose what the character in the video should do next, either #DESCEND or #INSPECT, and broadcast their choice to their followers in one easy click. 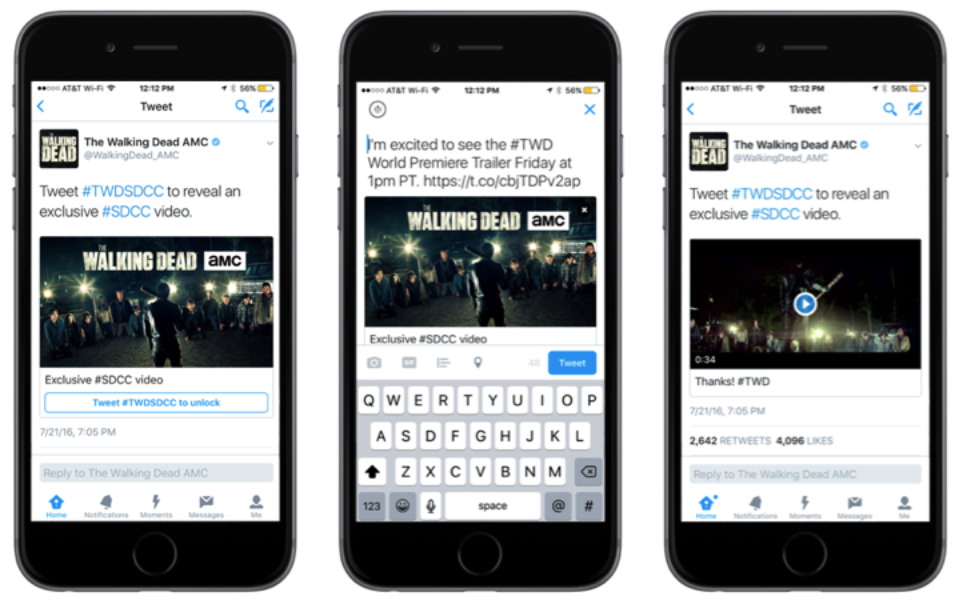