By
Monday, 23 May 2016
Link copied successfully

The Twitter Audience Platform is now available to all performance advertisers around the world. Advertisers who want to drive website clicks or conversions or mobile app installs can seamlessly extend their campaigns to Twitter’s audience of more than 800 million visitors – whether they’re on Twitter, or engaging with thousands of mobile apps and websites.

At the same time, we’re introducing new creative formats to help direct response advertisers better connect with this influential, high-intent audience across both mobile and desktop.

You can now reach your target audience wherever they are and with greater precision by tapping into our unique interest data on and off Twitter. Not only will you be able to reach a larger audience, but you’ll have more opportunities to reach your audience no matter what device they’re on. And you can easily measure your cross-device campaigns directly within your ads dashboard. We see that people who use Twitter who make a purchase spend on average 8% more than people who don’t use Twitter who also purchased a product, good or service, and in some cases –– spend up to 18% more.

Over the last few months, we’ve received positive feedback about how the Twitter Audience Platform has helped performance advertisers drive more cost-efficient scale for their campaigns.

When we were launching our Galaxy S7 campaign, we were looking for new ways to increase the scale of our efforts and reach incremental users from our target audience. From previous early adoption of the Twitter Audience Platform we found that this was a simple and effective way for us to extend our Twitter campaign to reach our audience, both on and off of Twitter. By extending the direct response phase of our campaign to reach users within mobile apps, we drove significantly more scale for our campaign at cost-efficient CPLCs. 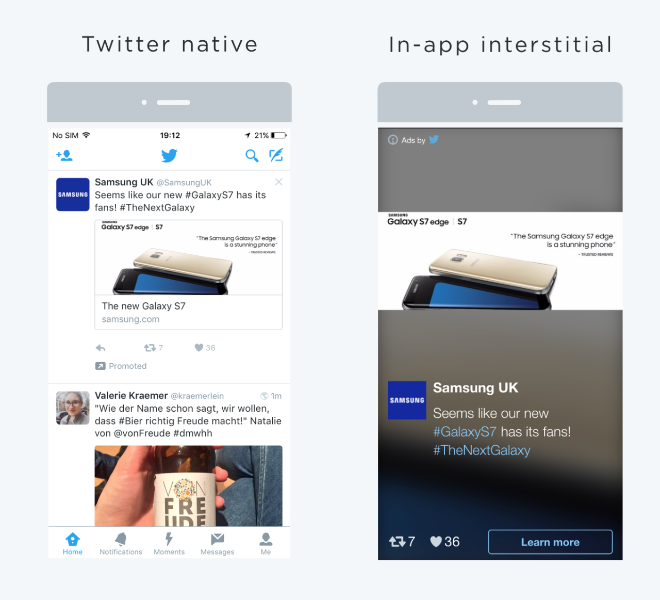 Twitter’s impeccable targeting options allow us to acquire high LTV players for our games. With the introductory of Twitter Audience Platform, we managed to scale our acquisition efforts to new heights while at the same time use Twitter’s targeting to ensure LTV.

New formats and new ways to reach your audience

In addition to automatically transforming your Promoted Tweets into native ads, banners, and interstitials, clients with an account manager will now have the option to upload creative formats in standard IAB ad sizes. This is a great option if you want to test and optimise multiple creatives for campaigns that extend beyond Twitter in thousands of partner apps. 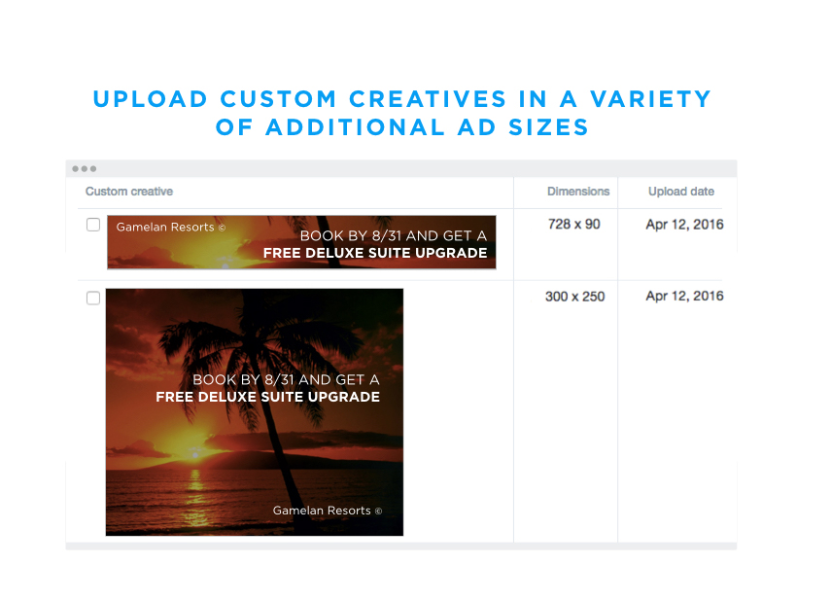 For select US advertisers using the Website Clicks or Conversions objective, we’re also leveraging TellApart technology to begin testing the ability to extend campaigns to thousands of websites, in addition to mobile apps.

Website inventory is currently being tested in the US, and we have plans to expand this functionality to other markets in the coming months.