Starting today, a new set of tools are available that enable you to track how the EU referendum is being discussed live on Twitter.

The #EURef Data Hub is a partnership between the Press Association (@PA) and Twitter which is designed to allow anyone to monitor in real-time how the big issues and high profile campaigners are driving discussion.

Check it out here 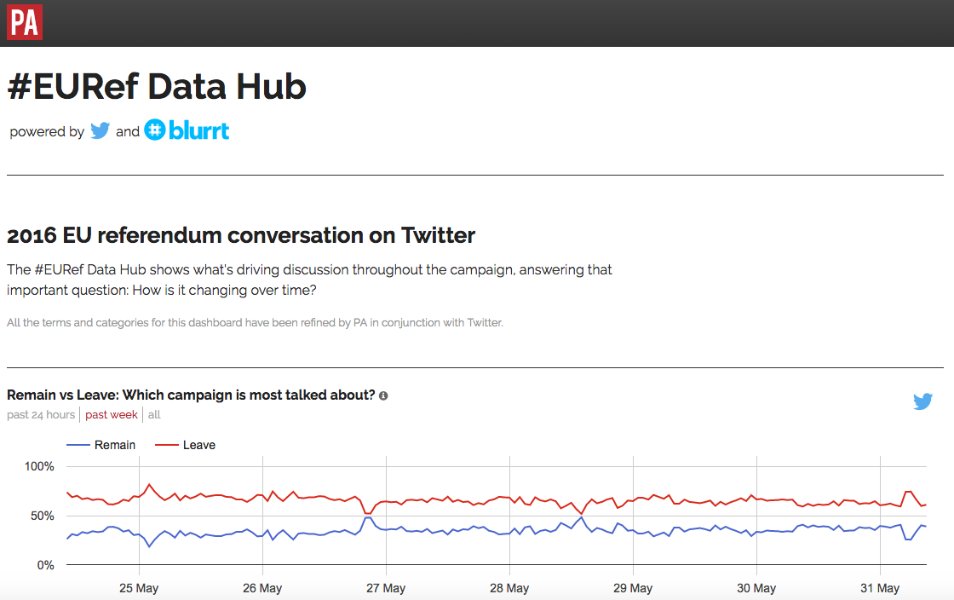 Throughout the remaining four weeks of the campaign you will be able to use the #EURef Data Hub to keep an eye on a range of metrics, including whether more Tweets are being sent about remaining or leaving the European Union, as well as the general volume of conversation about the referendum.

The Press Association’s data journalists helped us refine the terms being monitored for the #EURef Data Hub as well as deciding which of the key topics and major campaigners from each side of the debate to track live. PA will be keeping a close eye on the indicators and their journalists will be able to provide crucial context to the peaks, swings and shifts we see leading up to polling day. 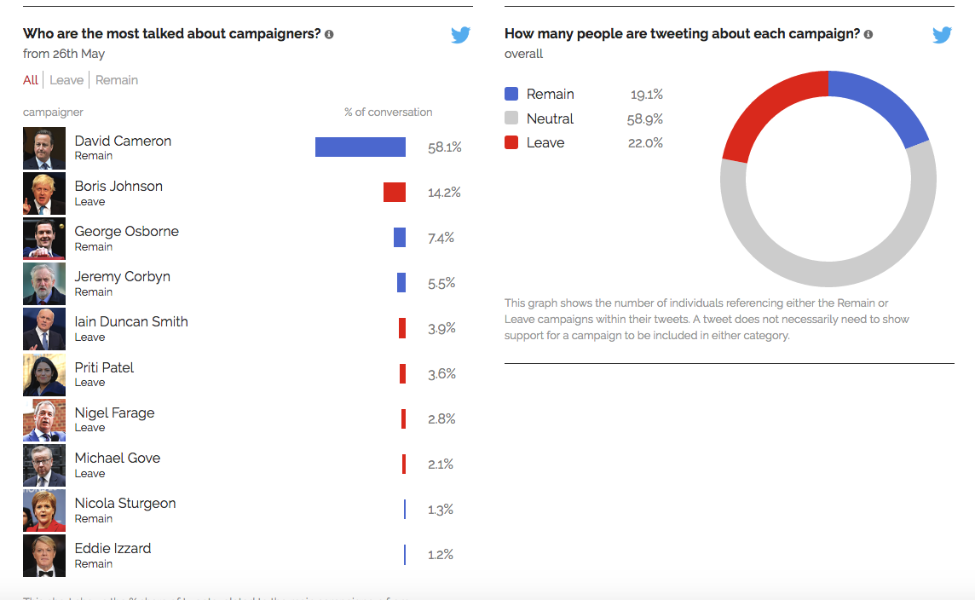 You’ll also be able to choose various timescales for the charts to track how the conversation is changing over the final weeks of the campaign.

Data visualisation company Blurrt (@BlurrtUK) designed and developed the site which is hosted here. Blurrt’s sentiment analysis tools are used to give an indication of the range of emotions expressed by people Tweeting about the four topic areas we are tracking - the economy, immigration, security and foreign relations.

All the time people from both sides of the debate - as well as many more who are yet to make up their minds - are coming to Twitter to discuss the arguments, discover new ideas and draw their own conclusions ahead of one of the most important decisions the UK public has been asked to make in decades.

We hope the #EURef Data Hub will be a useful tool for those who are interested in the unique way that this live, public, global conversation is playing out on Twitter.