Leicester City’s dream became reality when they clinched the @PremierLeague title last night, and it triggered a huge surge of conversation on Twitter, led by the players themselves.

In fact, the climax of the Leicester fairytale led to an 86% increase in normal activity in the UK.

It wasn’t just the UK that was captivated by their success, Leicester’s season has become a truly global story. There were more than 5.5 million Tweets celebrating Leicester’s victory. This heat map gives an indication of the scale of conversation across the world: 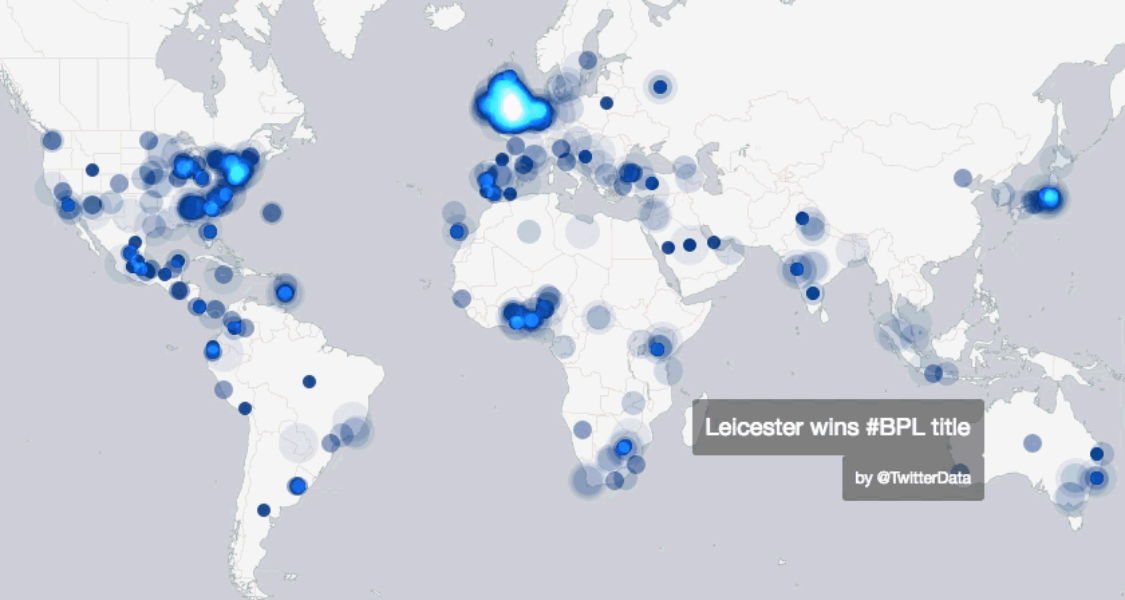 The moment @SpursOfficial were held to a 2-2 draw with @ChelseaFC, securing the title for @LCFC, Leicester defender Christian Fuchs (@FuchsOfficial) Tweeted out a video of the ecstatic celebrations of his teammates, who all gathered to watch on TV at star striker @Vardy7’s house.

Incredibly, the word party was mentioned as many times last night on Twitter than during New Year 2016 celebrations.

Other players such as Kasper Schmeichel (@kschmeichel1) and Riyad Mahrez (@Mahrez22) also joined in the Twitter conversation.

Unsurprisingly the party in Leicester continued long into the night. @LCFC posted this incredible video of fans celebrating outside their stadium.

Meanwhile, @LCFC’s most famous fan @GaryLineker could not contain his excitement.

He now faces the prospect of having to present the season’s first Match of the Day on @BBCOne, wearing his pants after this Tweet:

Tottenham, who were the only team who could beat @LCFC before they were thwarted at Chelsea, sportingly congratulated the winners.

The @PremierLeague was quick to recognise one of the most unlikely, and incredible, achievements in the history of football. Leicester — a 5,000-1 shot at the start of the season, have gone on to win the ultimate title.

They pulled together this fantastic Moment which reminds us how Leicester has got the world talking.

Leicester get the world talking

So congratulations to Leicester City. Not only on becoming Premier League champions, but also on sending one of the most Retweeted sporting Tweets in history.

As a special tribute, we’ve reworked their victory Tweet so it’s now comprised of congratulatory Tweets from fans. Check out the visualisation here. 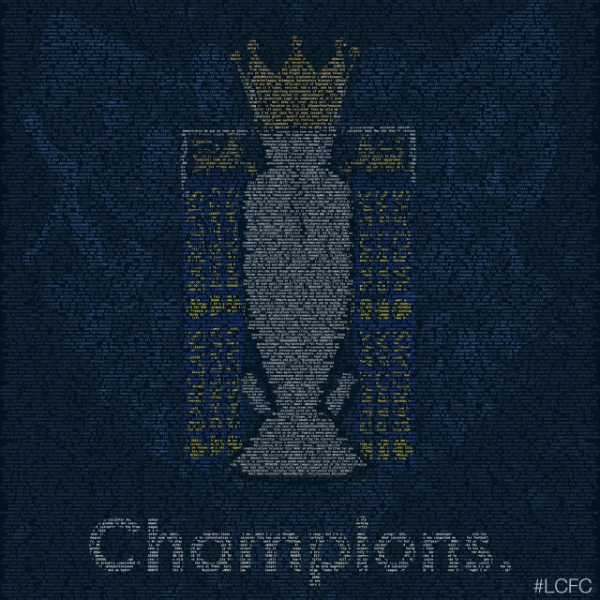