Promoted #Stickers launch in the UK

We’re delighted to announce today that Promoted #Stickers are now live in the UK and other global markets.

Promoted #Stickers allows brands to create and promote custom stickers for anyone on Twitter to use. A brand’s stickers will be featured in the #Stickers library and offer a form of creative expression that makes a person’s photos more fun and engaging. They offer the chance to drive brand affinity and raise awareness of their message at scale.

Stickers created by brands will be featured in the #Stickers library and brands will be able to design four or eight stickers — like accessories and other props — for users to add to their own photos. Photos with a brand’s stickers are shared with all of a user’s followers, allowing brands to be featured by their fans in a truly authentic way.

#Stickers act as a visual hashtag, meaning that photos with your brand’s sticker will be connected and discoverable by anyone who taps the sticker. This allows a brand to see and engage with the people who are using their stickers in creative ways.

Warner Bros. (@WBPictures) is running Promoted #Stickers in the UK, US, France, Japan, Brazil, and Spain in support of its upcoming film Fantastic Beasts And Where To Find Them (@BeastsMovieUK). Inspired by the movie’s main character, Newt Scamander, @BeastsMovieUK is giving fans the ability to place stickers of Newt’s jacket, scarf, suitcase and wand onto their photos. 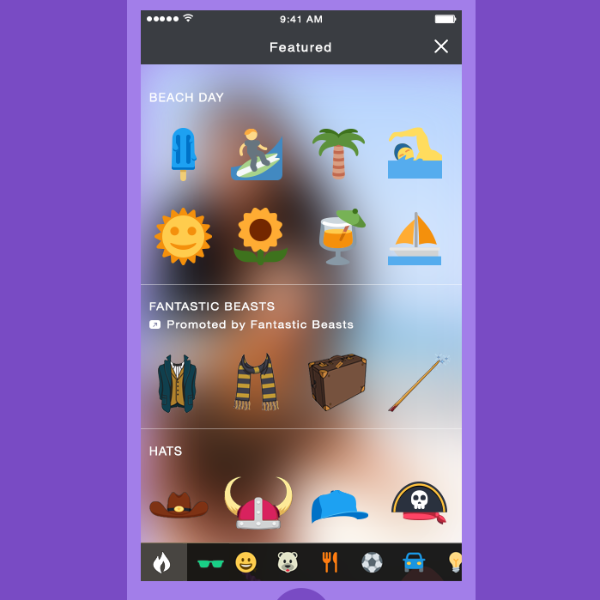