As we bid farewell to the 2016 #Olympics, we wanted to take a look back at how the event performed live on Twitter. Throughout the #Rio2016 Games, fans around the world turned to Twitter to cheer for thrilling victories, engage with athletes, see highlights, and share in the live experience.

Here’s a summary of how it all unfolded, both globally and for @TeamGB.. 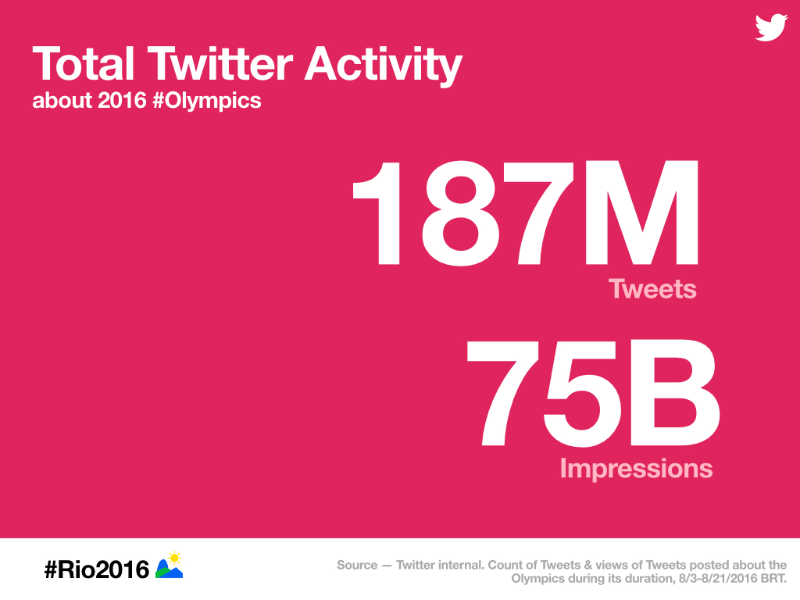 Top moment: #BRA wins #Gold in #Football
The roar of the crowd was felt on Twitter live every day and night of the Games. However, @neymarjr’s game winning penalty for Brazil vs. #GER in the gold medal football match topped the list. Here are the three most exciting moments of #Rio2016, as measured by Tweets per minute (TPM): 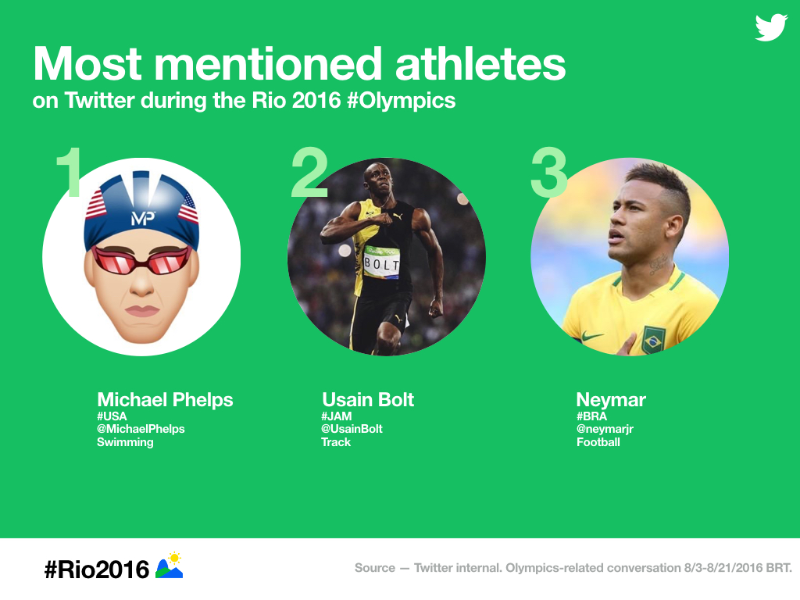 Meanwhile, these were the most Tweeted about overall sports: 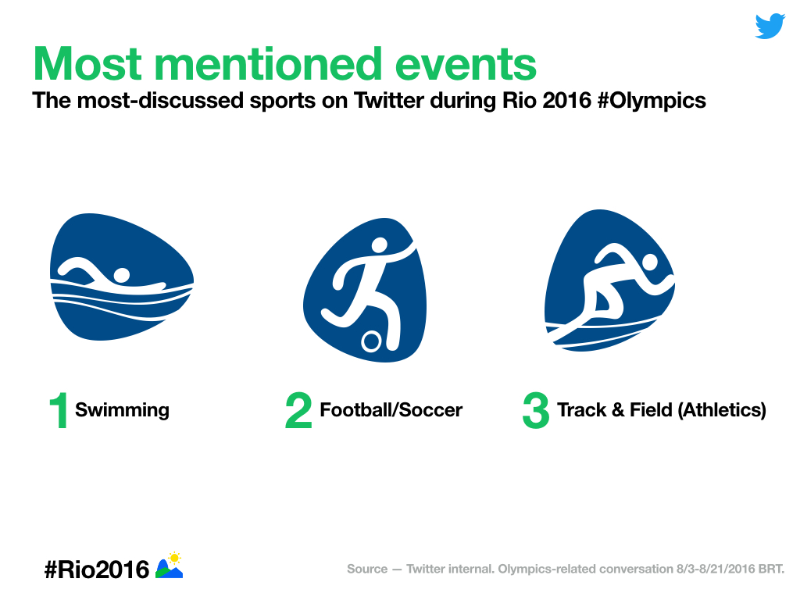 It was an incredible fortnight for @TeamGB with 67 medals won, 27 of these gold. Now that are Olympic heroes are back on UK soil, we were curious to know which athletes claimed bronze, silver and gold in our series of Twitter medalists.

The first category is for the most-mentioned athlete: 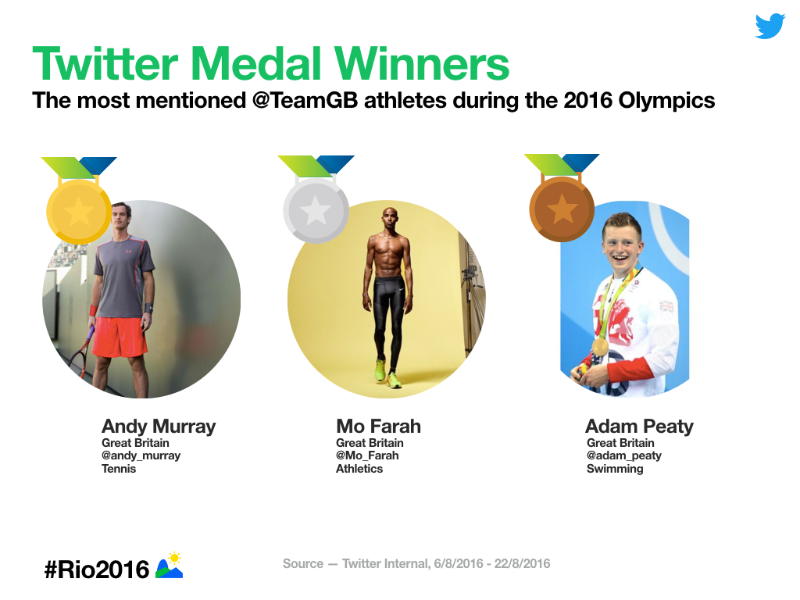 Next up, it’s the most-Retweeted Tweets from #Rio2016. Perhaps unsurprisingly, gold went to Adam Peaty after he smashed his own WR in the swimming, notching up around 13,000 RT’s in the process: 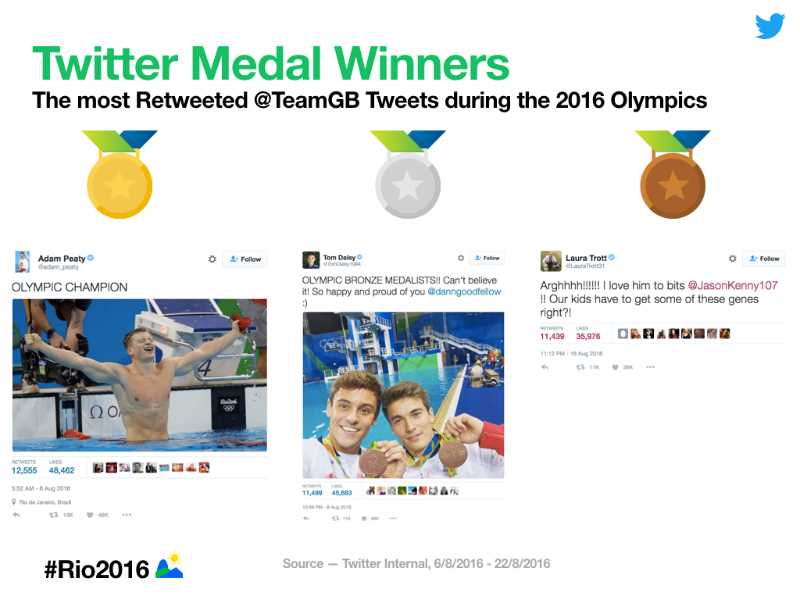 Athletes have been racking up followers on Twitter since #Rio2016 began. The competition for gaining the most followers goes to @CallumSkinner: 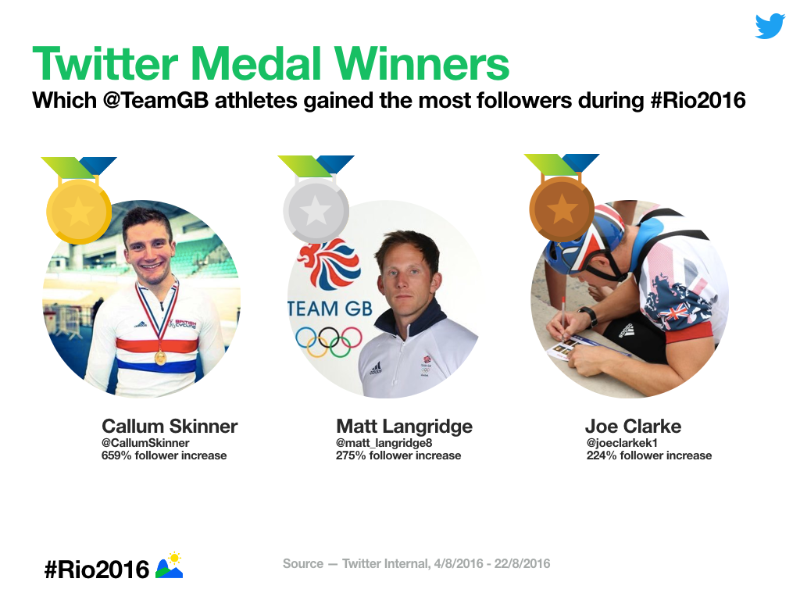 Finally, #GBR’s sensational gold medal haul in Brazil won’t be forgotten in a hurry. We’ll leave you with the 10 gold medal successes that saw the greatest spikes in conversation on Twitter in the very moment they won that event: 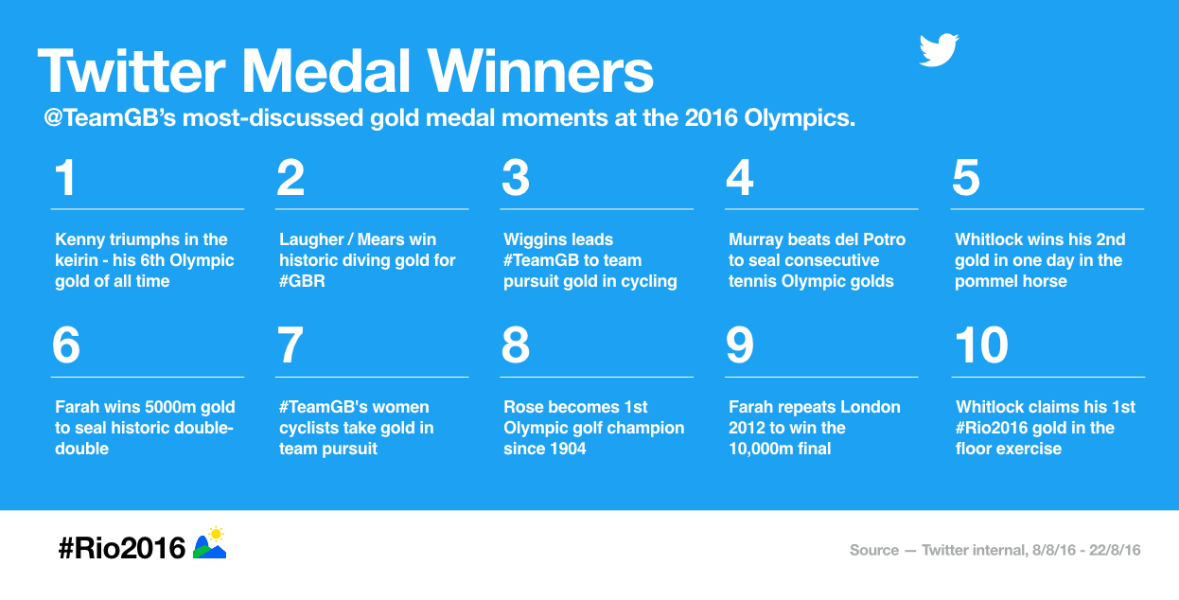