England have the opportunity to secure a Grand Slam this weekend, in what has already been a hugely successful Six Nations on the field and on Twitter.

We wanted to see which of the nation’s have been dominating tournament conversation, so we re-ranked the Six Nations table based on Tweet mentions. As it happens, going into the final weekend our Twitter table perfectly mirrors the actual tournament standings: 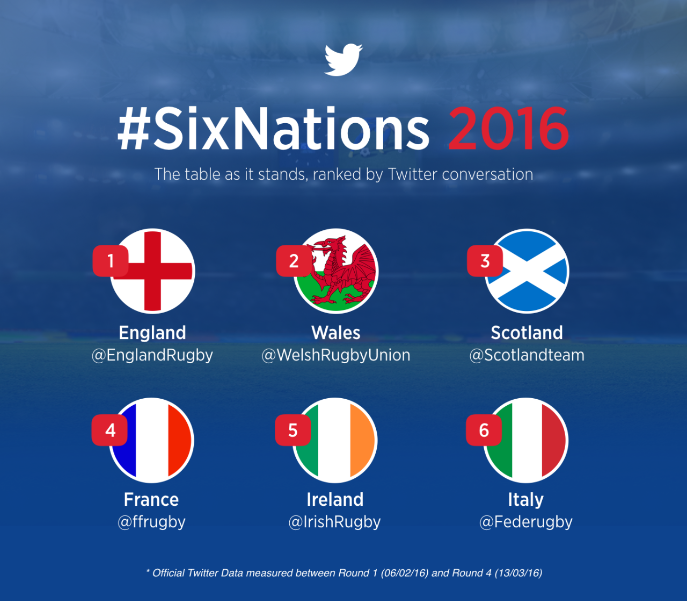 With England and Wales topping our alternative Twitter table, it’s little surprise that it was their tight 25-11 encounter that remains the most-Tweeted about #SixNations moment to date: 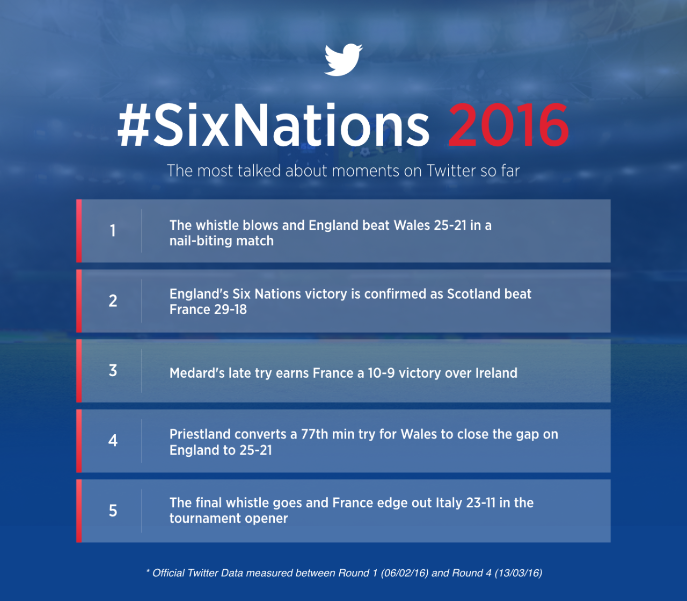 Former England boss Stuart Lancaster was one of the most-Tweeted about individuals during last year’s Rugby World Cup, and it seems once again it’s an England coach that is sparking debate on Twitter: 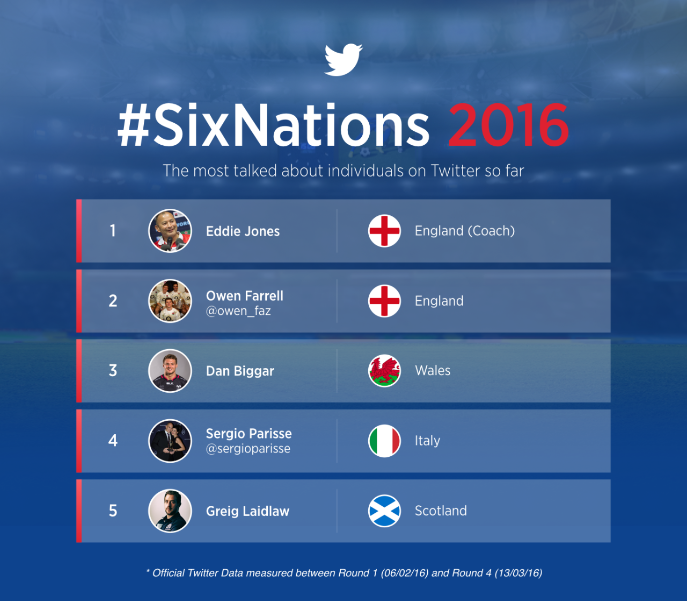 Support has flooded in from all across Twitter throughout the tournament, even Tim Peake (@astro_timpeake) has been joining the conversation from outer space. These are the five most-Retweeted Tweets so far:

With their Grand Slam chances hanging in the balance, @EnglandRugby are looking to fans on Twitter to give the players that extra nudge of motivation. Seven England players will digest messages of support from fans on Twitter, before individually responding to each fan in a video which will be personally Tweeted to the fan’s @handle.

What’s more, Tweets of support will adorn the England dressing room at the Stade de France on Saturday, giving Rugby fans the chance to have the final word before their heroes cross the white line.

@EnglandRugby are finishing the tournament as strongly as they started it on Twitter. They teamed up with @Federugby to give fans the chance to appear on the big screen at Stadio Olimpico before Italy v England kicked off: