England (@EnglandCricket) take on @WestIndies for the ICC World Twenty20 crown on Sunday and Twitter will be at the heart of the action.

Jason Roy (@JasonRoy20) top scored with 78 in Wednesday’s last-four victory over India (@BCCI) to reach the final of the @ICC competition. But it is Joe Root (@root66) who has dominated @EnglandCricket Twitter conversation in the tournament so far: 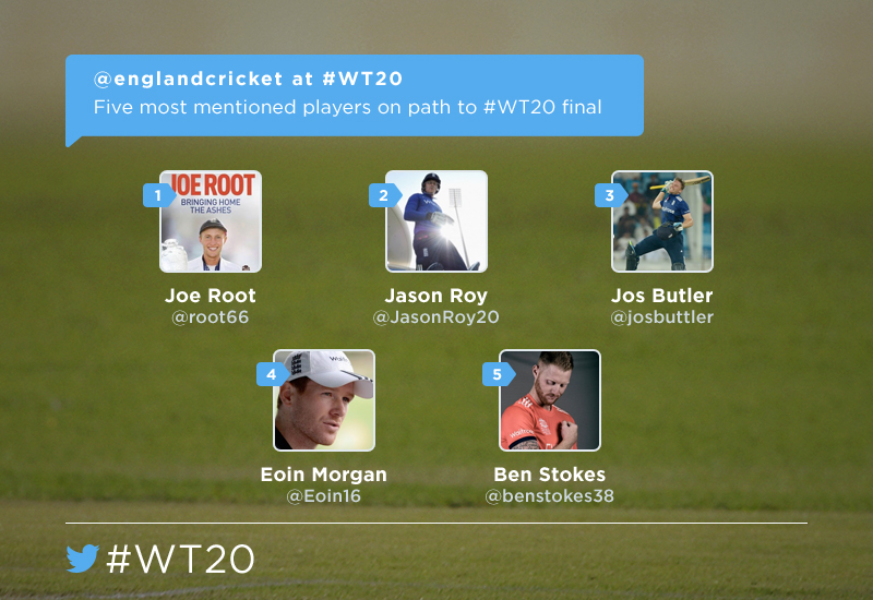 Captain Eoin Morgan (@Eoin16) will lead the team at Eden Gardens and also leads the way in number of followers among the squad, with almost half a million followers.

Every member of England’s 15-man squad is on Twitter and have been Tweeting and posting pictures and video throughout the tournament.

Additionally, England are giving one Twitter follower the chance to be the focus of their profile header image on the day of the final itself.

Twitter will also give a fan the final word once the tournament is over as the victorious skipper will answer a selected question from the #AskCaptain hashtag.

England’s victory over South Africa was their most-Tweeted about moment of the tournament so far with 4.3K Tweets per Minute. But could victory over India top it? The wait is almost over.. 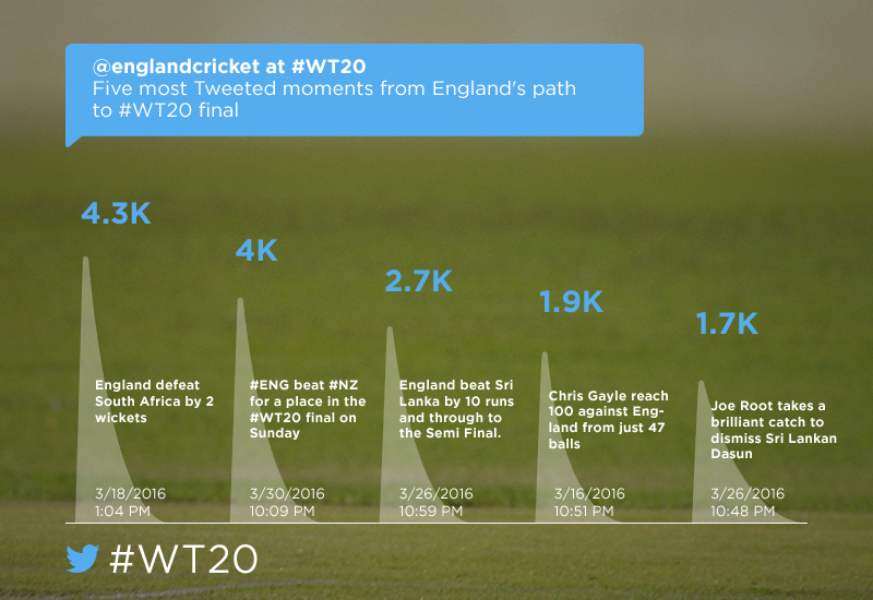