Britain’s best independent shops have been revealed today by being shortlisted in the third annual Great British High Street competition.

The Artery in Banbury has been named alongside Fleetwood Beach Kiosk in Lancashire and Heart Gallery in Hebden Bridge as the top three in the digital category for the most social media savvy independent shop.

Twitter is backing the category in order to find independent shops that are using social media to drive footfall to their local high street and support their local community.

Now, to crowned the champion, a public vote has opened.

Between now and November people can cast their vote by simply sending a tweet using the hashtag #BestGBTwittershop and the handle of the shop they would like to win.

High Streets Minister Andrew Percy said: ”This year’s competition is bigger and better, with the new ‘best shop on Twitter’ category to showcase how the very best high streets are adapting to the digital world. Make sure you show your support for your local area and get voting for your favourite now #BestGBTwitterShop.”

Director of Strategic Innovation at Twitter UK, Dan Biddle said: ”We had some stunning entries for this award and today’s finalists are all using Twitter in brilliantly innovate ways to connect with their customers and grow their businesses. It really does go to show how important digital skills are for small shops and I can’t wait to see who’ll come out on top after the public vote.”

The Great British High Street Competition 2016 celebrates the great work that is being done to revive, adapt and diversify the nation’s high streets.

The category winner will receive a special prize - one thousand pounds’ worth of advertising credit, as well as a trip to Twitter UK’s London Office to further boost their digital skills.

To go online to cast your vote, go on Twitter and tweet using the hashtag #BestGBTwitterShop and @fleetwoodbeach / @thearteryshop / @heartgallery

Voting closes on the 18th of November.

Notes to editors:
The Great British High Street competition is run by the Department for Communities and Local Government and sponsored by British Land, the Post Office, Holland and Barratt, Boots UK, Google UK, Marks & Spencer, Wilko, the British Council of Shopping Centres and Ellandi.

The Future High Street Forum was set up by the Department for Communities and Local Government to better enable our high streets and town centres to adapt and compete in the face of changing consumer and social trends.

Twitter UK, in conjunction with the Department for Communities and Local Government, has reviewed the feeds of the entrants for the ‘Best shop on Twitter’ category to determine whether they are using the platform innovatively to support local high streets. The top three independent shops have been shortlisted to go through to the public vote.

For more information or to vote for your favourite high street visit the Great British High Street website. 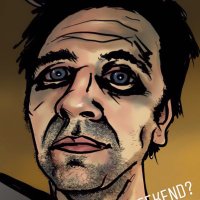 Only on Twitter
Tweet Twitter logo icon
Link copied successfully
More from Events
Twitter New Year - bigger than Easter and Halloween
By ‎@James_Quilter‎ on Monday, 16 December 2019
What you need to know about Football Twitter and #EURO2020
By James Quilter on Tuesday, 3 December 2019
Serving the public conversation for #GE2019
By ‎@@katyminshall‎ on Monday, 11 November 2019
Sarah Millican’s #joinin returns to Twitter this year
By Twitter UK on Wednesday, 20 December 2017
See what’s happening