#TwitterForLeaders: Keith Weed on why Twitter is critical for executives

In our latest #TwitterForLeaders interview, we spoke to Unilever’s high profile chief marketing officer, Keith Weed. He talks about how he uses Twitter as a CMO and why he thinks it’s critical for other business leaders to use the platform.

Weed (@keithweed), who was last year named as the world’s most influential CMO by Forbes, believes, that at a time when business leaders are called upon to have a view on social strategy, they need to be living the space to really understand what’s going on.

‘We're having this bizarre situation right now where lots of business leaders are having a point of view on social strategy and how, indeed their brands should behave and act, without a real feeling for what's going on. I think you have to live the space. You've got to be in, and understand what's going on, and that's the only way you're going to leverage it properly,’ says Weed.

In the video below, as well as discussing how he uses Twitter and some of his favourite follows, Weed talks about how it has been an excellent enhancer for Unilever’s business –– giving a voice to the company. Most notably recently on its #Unstereotype alliance initiative. This has sought to unstereotype advertising particularly from a gender perspective and has sparked an industry-wide conversation. 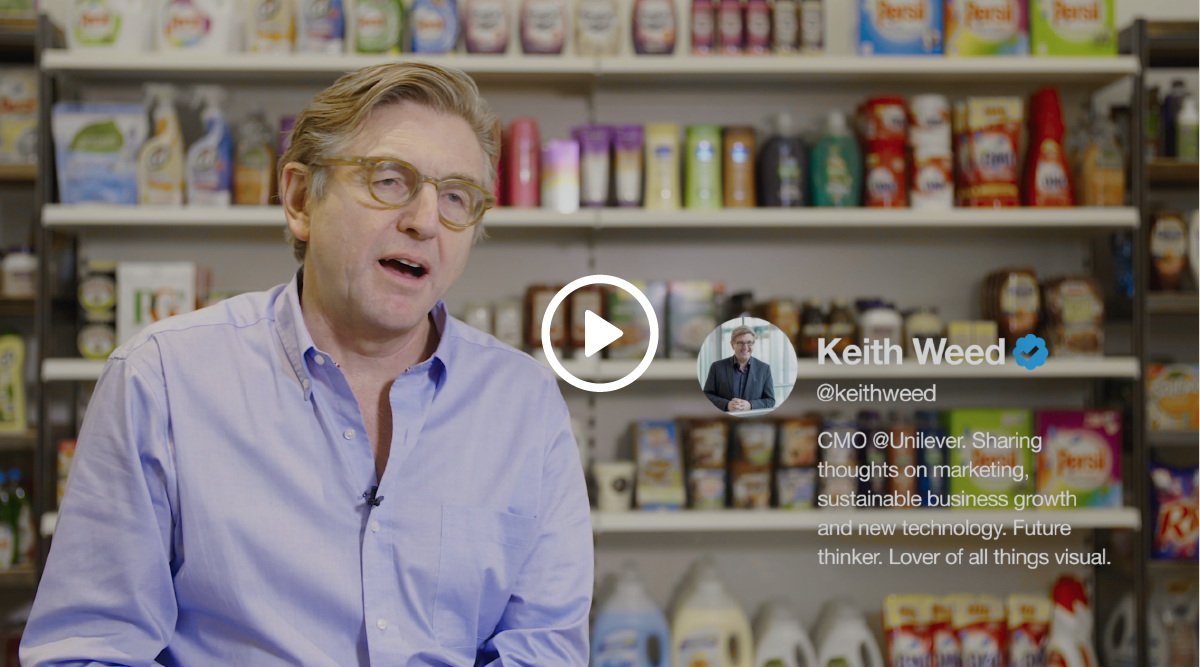