As Akbank, we have been investing heavily on digital marketing for a long while to enlarge the numbers of customers using our credit cards. However, in 2018 we needed incremental reach which would turn into incremental sales. In order to get incremental sales, Akbank and performance agency Hype expanded its media mixx. In light of our internal data, we knew two things: 1. especially since mid 2017 55% of the credit card sales have been done through our Digital channels. 2. The customers have higher tendency to use mobile(including mobile app and web) . Thus, once again, we knew that we should heavily focus on mobile inventories. Further, the statistics was showing that there were 51 million social media users in Turkey, of which 44 million of them were mobile. Intersecting these 3 insights, it was pretty clear that we should look for our potential customer on social media platforms that are heavily used on mobile. Since we were already advertising on Facebook, Instagram and YouTube the next big step would be to try Twitter. The problem was, Twitter was not really considered as a performance channel. We know the medium had a great potential, but we had to use it very wisely.

Since our aim was to enlarge our customer base as much as possible, we focused the customers having a good financial background. However, we knew that not all people were equally eligible to get approved by the Allocation Unit of the Bank. So we’ve decided to combine demographic data with the suggested clusters provided by Audience Builder tool of Adjust. Further, we analyzed again the conversion rates of our previous Facebook and AdWords campaigns to better understand which keywords, interest group and custom audience segments work better. In addition to all these segments, we knew that users tend to express their complaints about banks on Twitter seeking for immediate reply and attention from their bank. Thus, Twitter’s social aspect would enable us not only to reach customers that were in need of credit card but offer a huge opportunity to capture the attention of those who are unsatisfied with their existing banks.

As result of the interprets of all those data, we decided to start with focusing on the insights about following target groups:

After creating more than 20 different segments for Twitter, we match all available promotions to specific target groups. For example, if someone is following a certain brand on Twitter, we showed him/her, the benefits of our credit card specifically related to this brand. At same time, if someone is not specifically interested in one brand, or we don’t have special offer at the time, we used Twitter’s carousel ad model to point out different advantages of our credit card. Further, while choosing the best creative, we benefited from neuro-marketing: We’ve tested the banners with heat maps and measured the attention level of the customers. Testing 5 different layouts -where we had changed the place of the offer, CTA button and so on- we determined the best working ones.

In other words, we tailored our messages and creative according to our our target audience and adopted them to work better on a fast moving mobile environment.

This was the first year of the Twitter campaign. We observed a tremendous incremental sales thanks to data centric segmentation and tailor made creatives. The campaign results proved that our hypothesis regarding social media and mobile have still had a great potential was in fact true.

Since Twitter is used mostly on mobile, approximately 95% of the campaign budget was spent on mobile as well. Furthermore, as mentioned above, we did know that the approval ratio was usually higher for the application done through our mobile app or web. Therefore a channel was choosen that is strong on mobile not by coincidence.

Using Adjust’s Audience builder had a great added value on our campaign since it enabled us to segment our target audience in details. Further, we’ve matched the device ID’s were matched with the Twitter accounts to reach existing Akbank customers with no credit card. Without this mobile technology it was almost impossible to do such specific targeting.

Before we’ve started this campaign most of the players in banking sector were using social media and mobile mostly for branding purposes. Especially Twitter, was used to create about the offers and start a conversation. But we’ve proven that  it is possible to achieve great business results by using effectively Twitter’s own powerful segmentation and targeting options, as well as creative solutions. We’ve also showed once again, how important it is to benefit from the insights and data arising from other traffic sources. Not but not the least, if it weren't for the mobile technologies, we were not been able to match user ID data with Twitter accounts and advertise to only those who are our existing customers but who haven’t had a credit card.

Thanks to this campaign:

This campaign was the first time that a brand in finance sector, used Carousel Ads in Twitter. Further, we did not only test different messages for different segments we’ve also benefit from neuromarketing to find the most effective creative. Whenever the data showed us that one version is statistically better than the others, we’ve immediately start using that version.  Last but not the least, this campaign became a good example of how a brand could benefit from the knowledged and data arising from other marketing channels.

Thanks to all strategies combined, the market share in credit cards increased 3bps since March 2018. 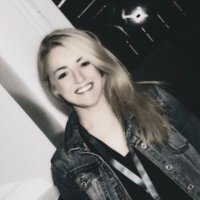