#AskSriSri: a Twitter town hall in India and around the world

Leveraging the live, public and conversational nature of Twitter, Sri Sri Ravi Shankar (@SriSri) held a live town hall session on Sunday, February 23rd at the Art of Living Ashram in Bangalore. The #AskSriSri Twitter town hall was broadcast live on the web and on Times Now (@TimesNow) to amplify its reach even further.

Over 65,000 Tweets with the hashtag #AskSriSri were generated around the live event, with the excitement building on Twitter hours before the Q&A session. The conversations peaked at 9,516 Tweets Per Hour at 10:30 p.m.

From Bollywood celebrities to cricketers, Art of Living followers from all over the world tweeted their questions to get responses directly from @SriSri.

Around 85% of the Tweets were sent from India, followed by the United States, Germany and the United Kingdom. Forty-five percent mentions of #AskSriSri were tweeted collectively from Bengaluru, Mumbai, Surat and Delhi.

To complete the live second-screen experience, viewers could see the total count of #AskSriSri Tweets and individual user Tweets on screen in a compelling visualization created and run by Flowics (@Flowics) during the broadcast. 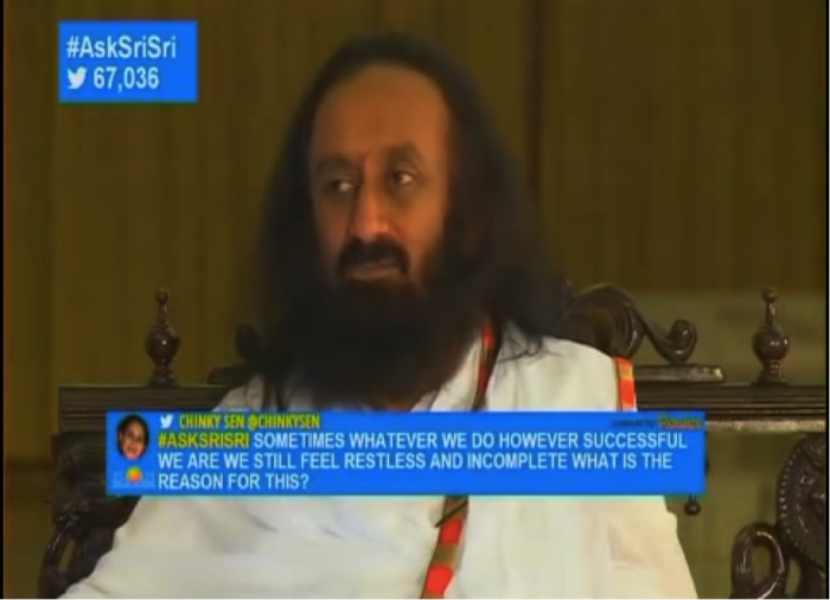 Viewers were also able to vote live on Twitter by tweeting their responses with the word agree or disagree. Their responses were tallied in real time with the results displayed live on screen. 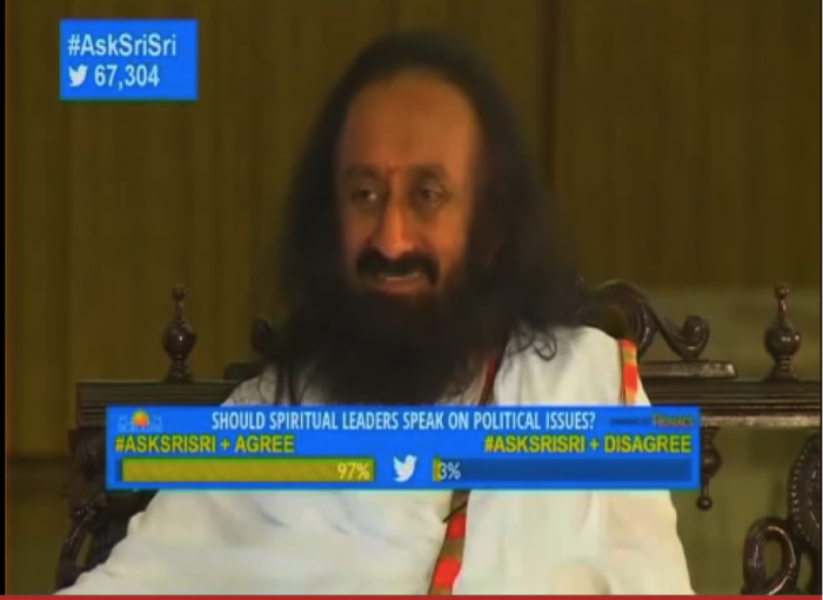 @SriSri followed best practices by replying to many of the #AskSriSri Tweets, including those that were not mentioned during the telecast, directly on Twitter. Here is a custom timeline of several answers from @SriSri.

This live town hall format employed by @SriSri is an effective way for people to connect with others who share similar interests in India and around the world. Look out for more best practice examples of how leaders, athletes, musicians, celebrities and their fans are interacting through real-time authentic conversations, only on Twitter.