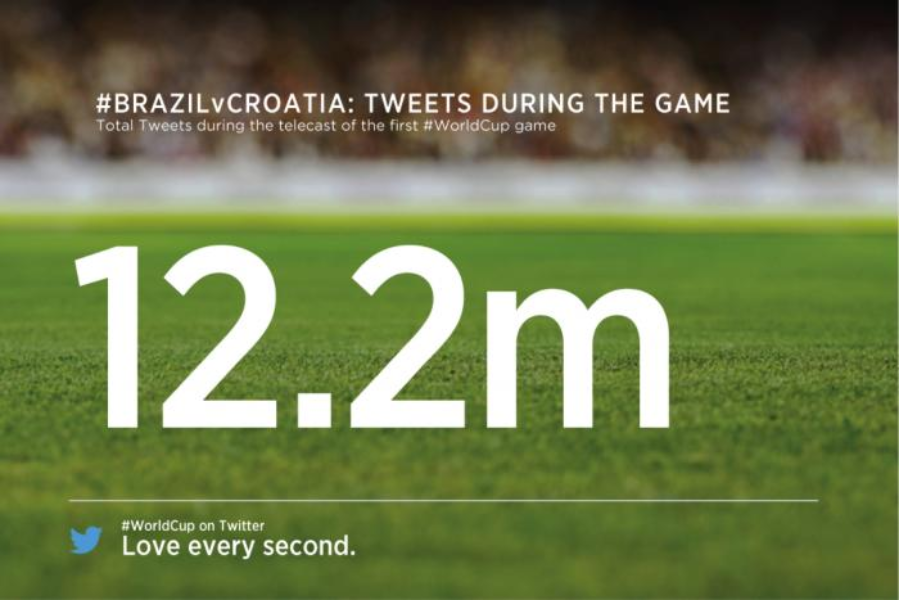 2. More than 150 countries joined the conversation
The Twitter conversation related to the match touched nearly every country across the globe. Click the map below to zoom into each country and see how the game played out on Twitter: 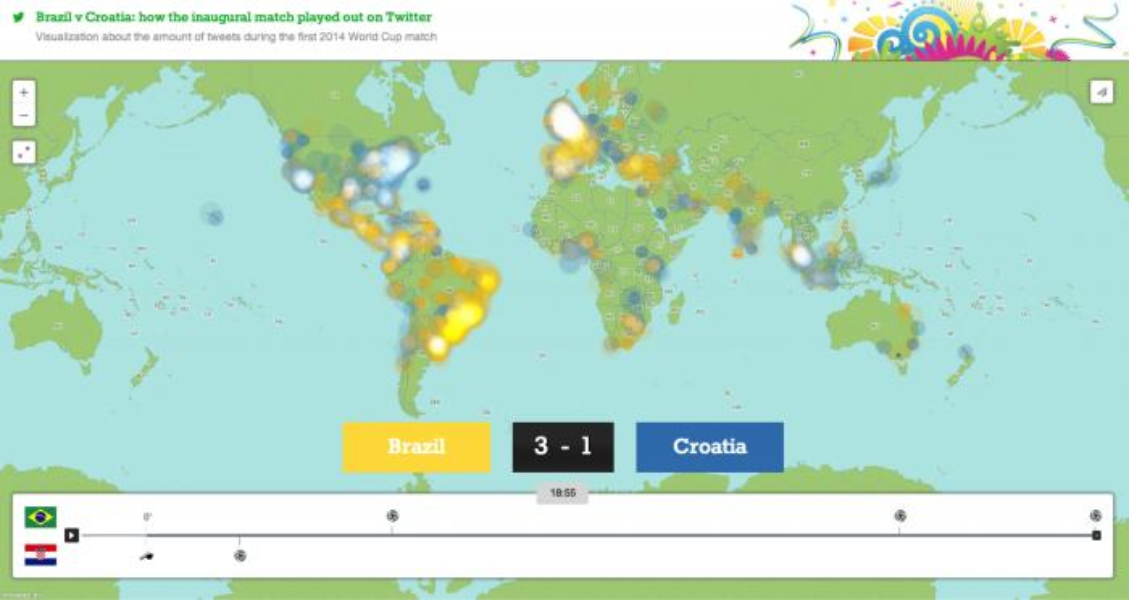 3. Images tell the story
Photos shared on Twitter let you see the global celebration, including through the eyes of fans at Arena Corinthians. This photo grid shows how some of the most important moments in the match were reflected in the images the world shared on Twitter: 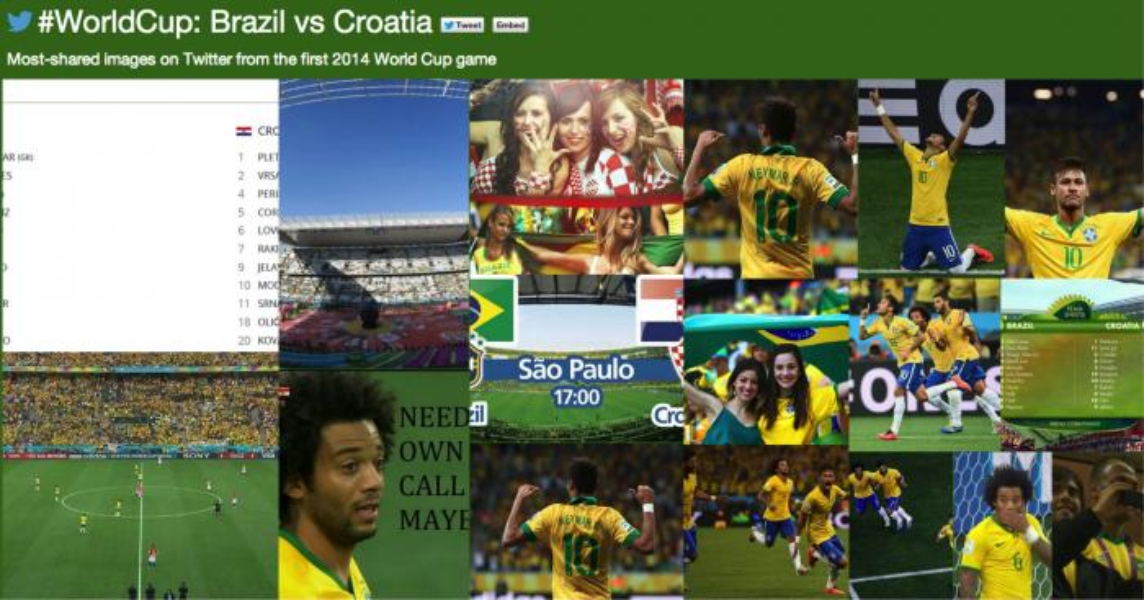 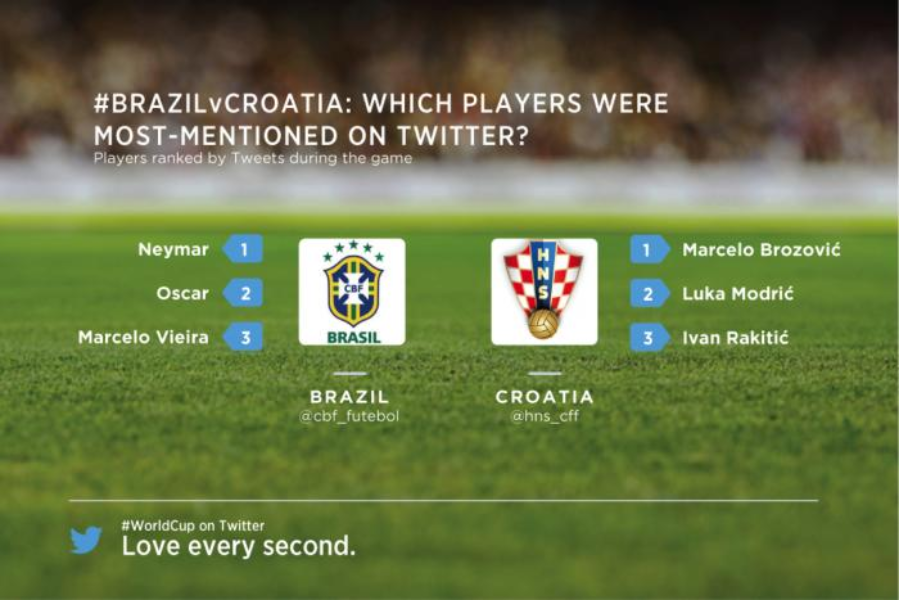 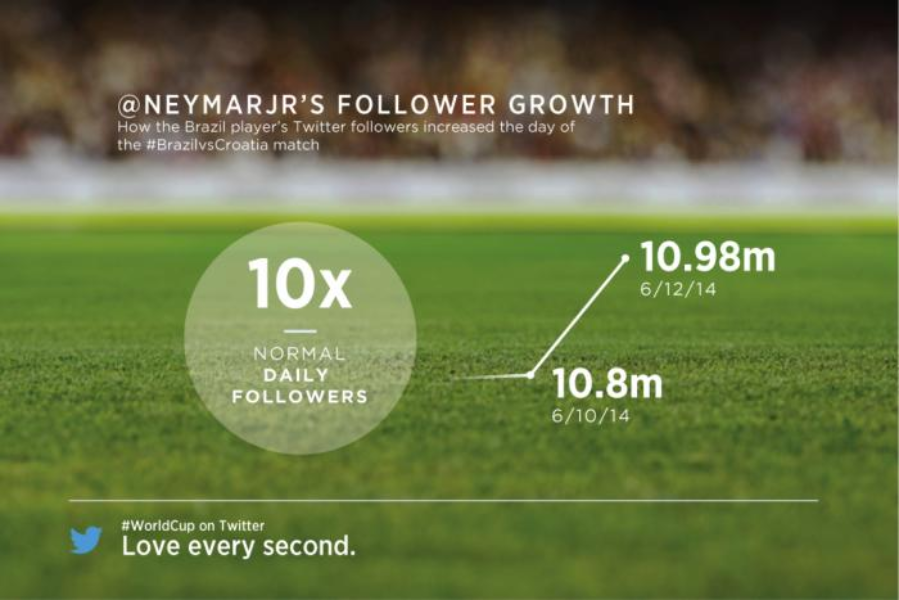 6. The most-shared Tweets
During the match, these Tweets were the most-retweeted:

7. The #WorldCup of Tweets
Since June 10, fans have been voting for their teams using hashflags in our #WorldCup bracket. As in the first match, #BRA triumphed: 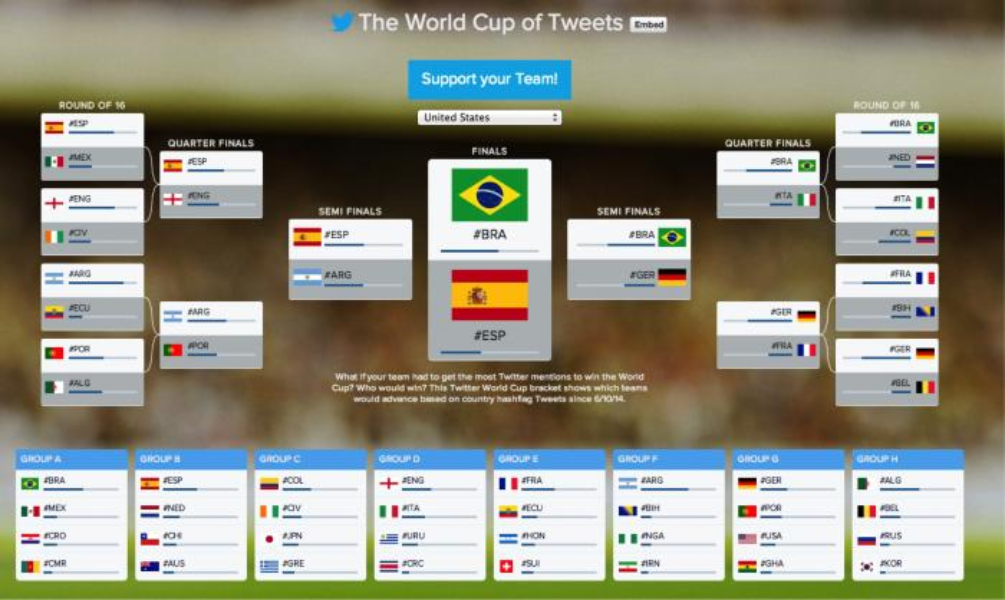