Everything that happens in the world, happens on Twitter – to the tune of more than 500 million Tweets every day. That can sometimes include content that violates our rules around harassment and abuse and we want to make it easier to report such content. So, we’re improving the reporting process to make it much more mobile-friendly, require less initial information, and, overall, make it simpler to flag Tweets and accounts for review. These enhancements similarly improve the reporting process for those who observe abuse but aren’t receiving it directly. And to enable faster response times, we’ve made the first of several behind-the-scenes improvements to the tools and processes that help us manage reported Tweets and accounts.

As for the changes to “block”, the new blocked accounts page — which you can get to from the settings menu on web — shows you the accounts you’ve blocked. We’ll be adding more controls and features to this page in the coming months. Additionally, accounts that you’ve blocked won’t be able to view your profile. 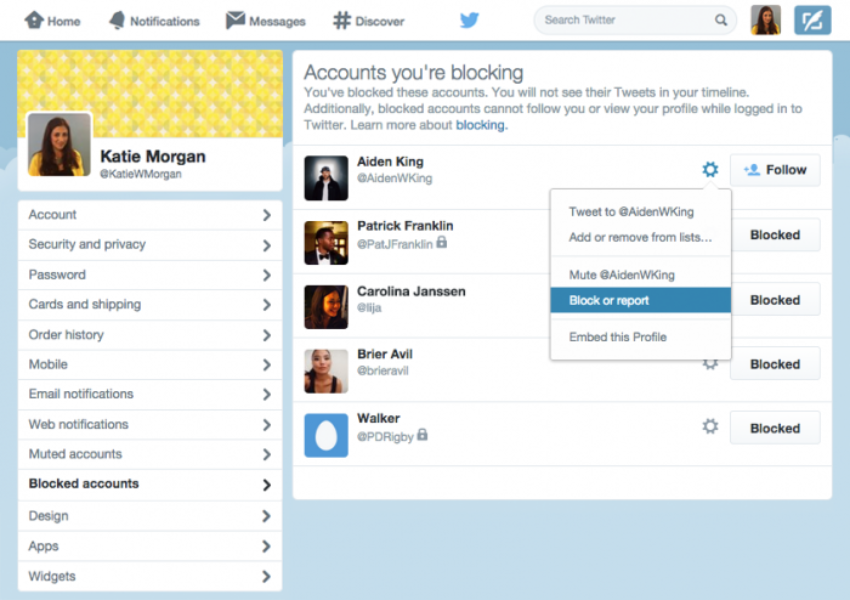