The quest for No.1. India and Sri Lanka square off in a series that could see either of them rise to the top spot in the one day international rankings, while players, fans and experts are driving the public conversation around the series on Twitter.

After IPL and the CLT20 found runaway success earlier this year by using Twitter in innovative ways, @BCCI is eyeing another win for cricket on the world’s largest platform for live, public conversations.

On the series’ TV broadcaster side in India, @StarSportsIndia will have the latest news and updates.

Some of the most followed players on Twitter from both the teams include:

In addition, some good news for cricket lovers using the Twitter Android app in India. In partnership with @BCCI, we are bringing a new cricket timeline that’s designed to help you follow and stay up to date with each match in this series. We’re rolling this out today, so look out for it in your Twitter Android app soon.

Simply search for or tap on #IndvsSL to view them. In the cricket timeline, you can view content in two tabs, Official and Tweets. The Official tab will have Tweets from @BCCI and the Tweets tab will contain relevant Tweets around the official hashtags from a cross-section of teams, players, press, fans and more. 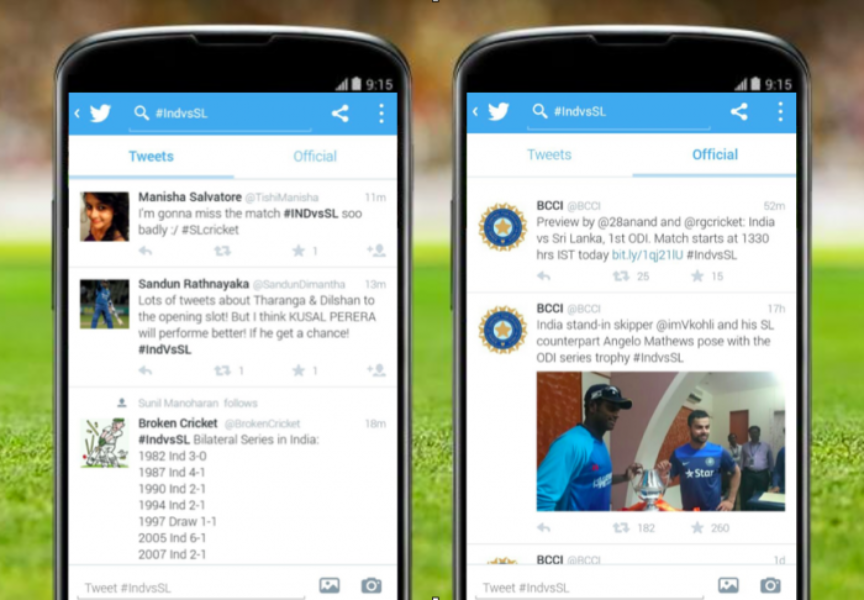 Here’s to a cracking series. See you on Twitter!