Five editions. Five different champions. The ICC World T20 stayed true to character by remaining the most challenging trophy to win in global cricket and beyond the ropes, it launched a six on Twitter in this 2014 edition.

Clear and consistent Twitter call-to-actions from the @ICC meant that cricket fans from all over the world joined in on the fun. 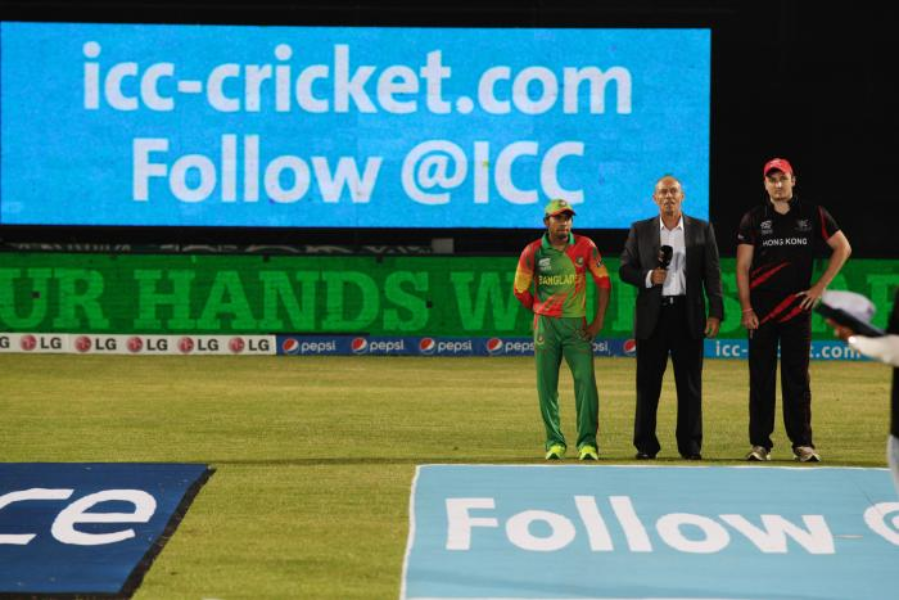 This data visualization (click-to-play) showcases the intensity of Tweets from each country during the event. 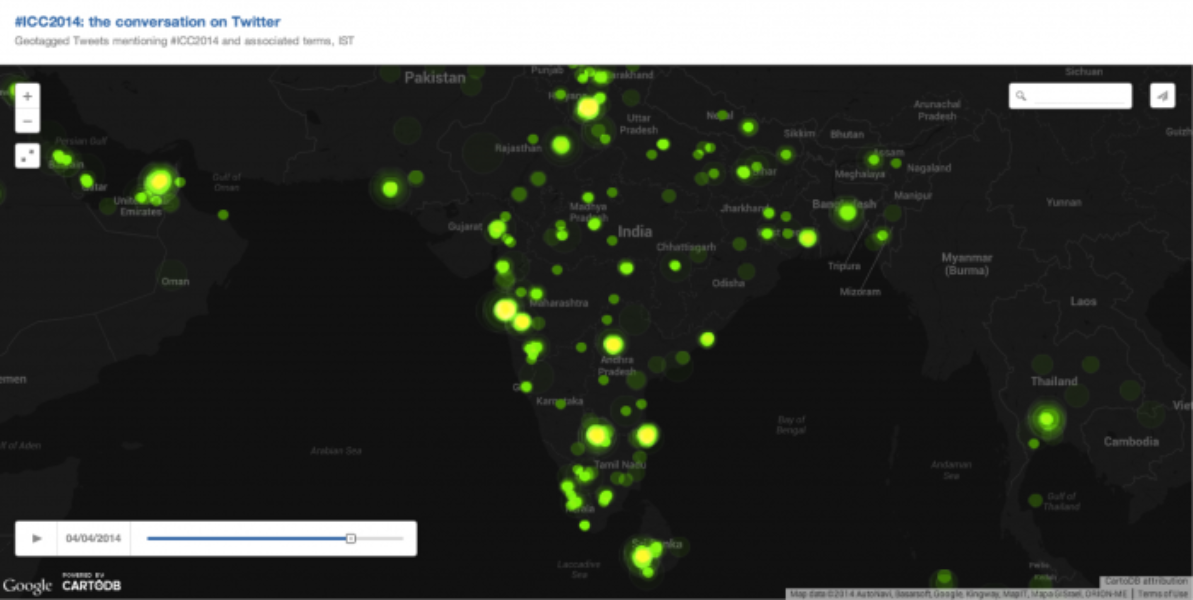 Conversation zoomed as the tournament progressed, with 630,000 Tweets sent in the final week of the 3 knockout games, compared to 1.1 million Tweets around the 32 matches in the group stages. 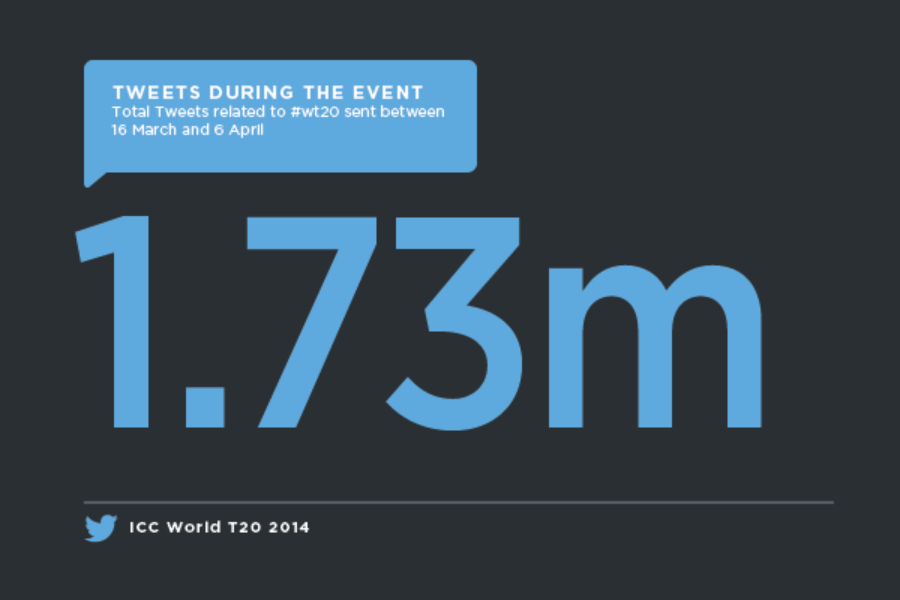 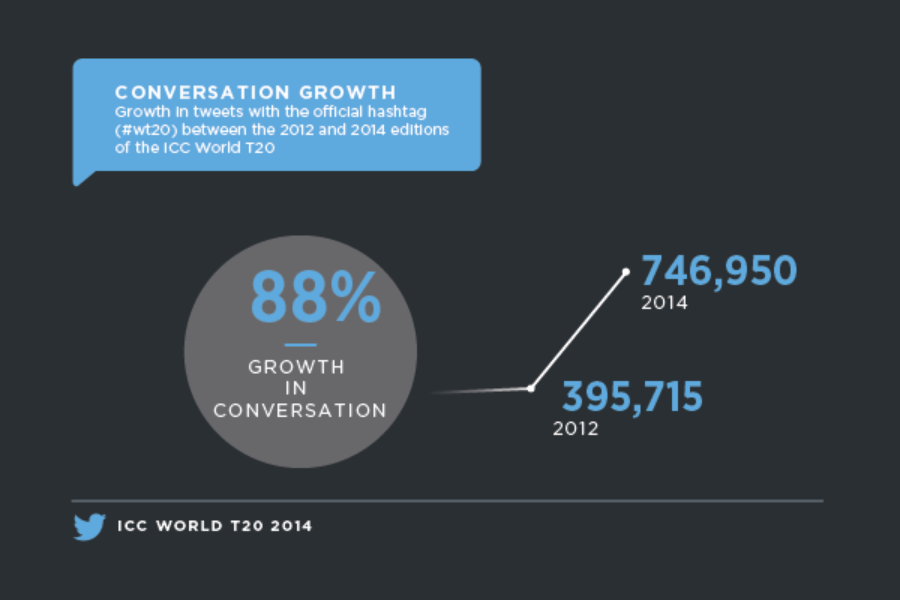 Players make the tournament, so even as the teams competed passionately for wins on the field, Virat Kohli (121,846 Tweets), Yuvraj Singh (69,861 Tweets) and MS Dhoni (61,164 Tweets) emerged as the most mentioned on Twitter. 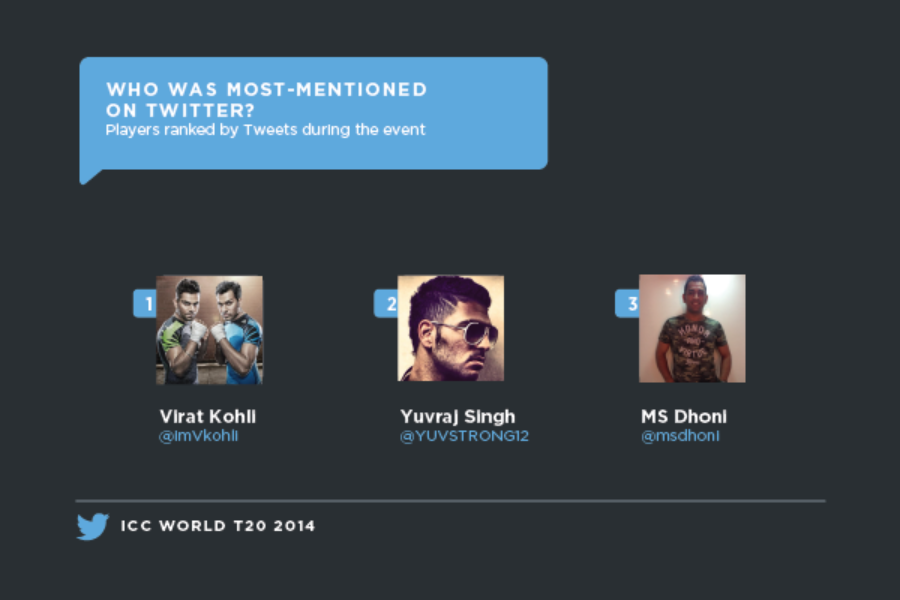 During the event, international cricketers joined Twitter and sent out their first Tweets, using Twitter as their first and most authentic communications platform to communicate publicly, and quickly garnered a following for their candid content. Some of them included Pakistan captain Mohammad Hafeez (@mhafeez22) and Pakistan batsman Umar Akmal (@umar96akmal).

With their own unique perspectives, players, commentators and fans crafted the story of the event through Tweets.

All of this also happened in the midst of innovations by @ICC in taking the story of the event to the fans through Twitter handles and hashtags on the field and in broadcast, exclusive Twitter Mirror photos, behind-the-scenes Vine videos, and Twitter Q&As with the commentators. 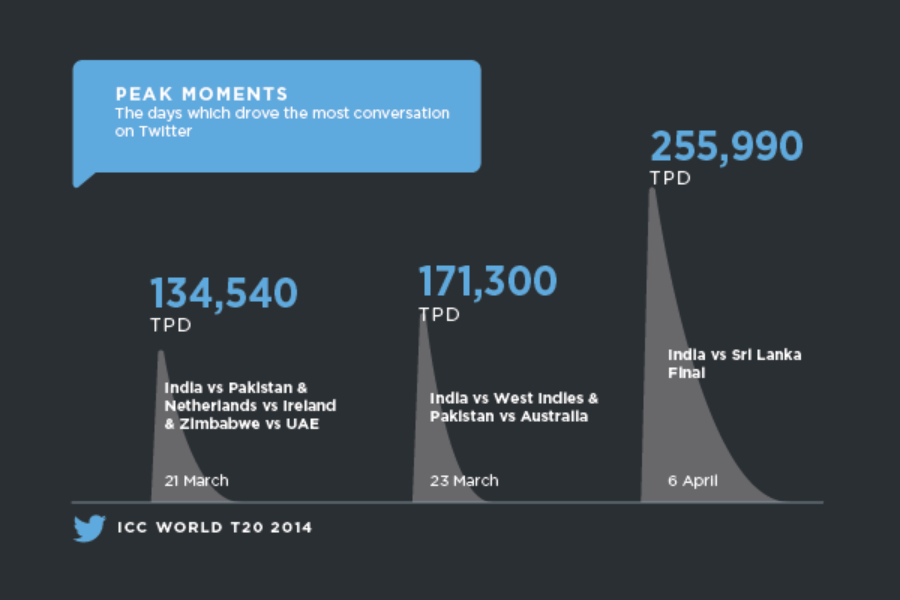 In the end though, Sri Lanka bounced back from the heartbreak of losing an ICC World T20 final in front of their home fans in 2012 to pull off a superb tournament victory and lift the trophy for the first time ever.

What’s more, the Twitter Mirror, which was used to announce the retirement of Sri Lanka legend @MahelaJay at the start of the event, turned prophetic.

Champions do what champions do. Congratulations, Sri Lanka!

As for India, they made an undefeated run to the final and gave fans plenty to cheer about in those three weeks.

And while they missed out on a second #wt20 crown, here’s wishing them the best for the @cricketworldcup in 2015.

We heart you, Team India.