Fifty-six matches, 17922 runs, 606 wickets: It was an entertaining @IPL, and fitting that a record nine-match winning streak guided @KKRiders to their second trophy. As stadiums buzzed with the action, the roar of the crowd around the IPL was loud and clear on Twitter.

The wide range of @IPL Twitter integrations drove up the conversation around the official hashtag #PepsiIPL by 59%. 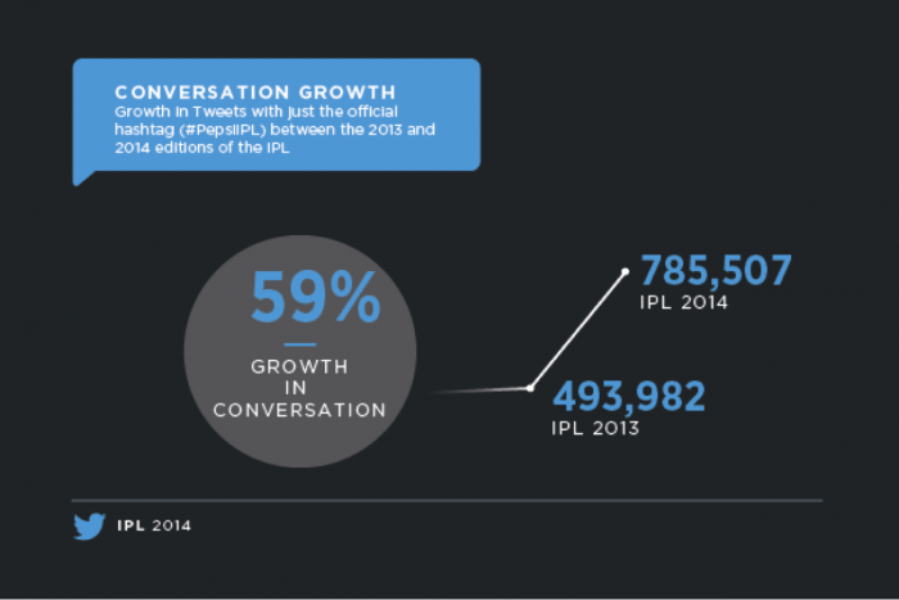 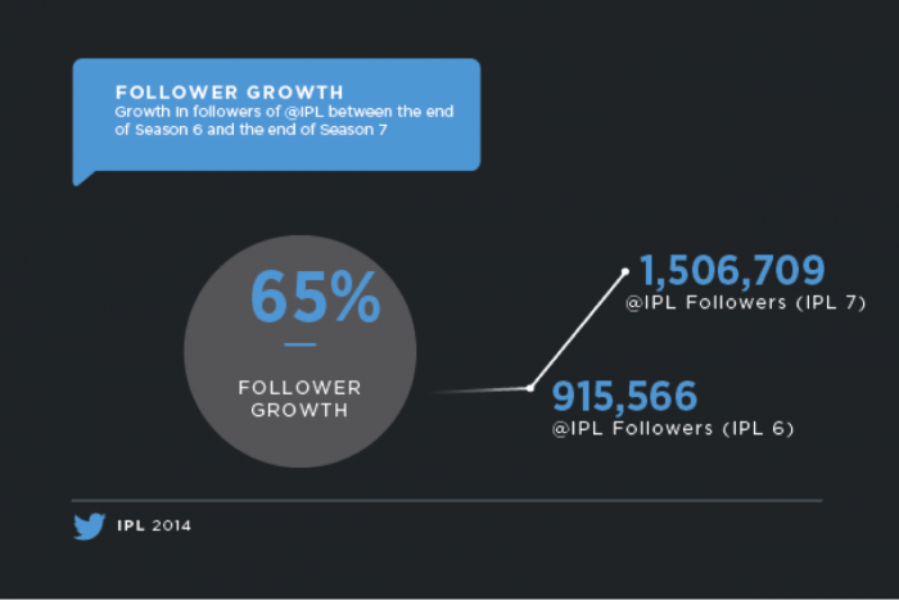 Here is a heatmap of Tweets related to the IPL 7 in the regular season which shows the intensity and reach of IPL-related conversations on Twitter in India and around the world. (click image to view the interactive heatmap) 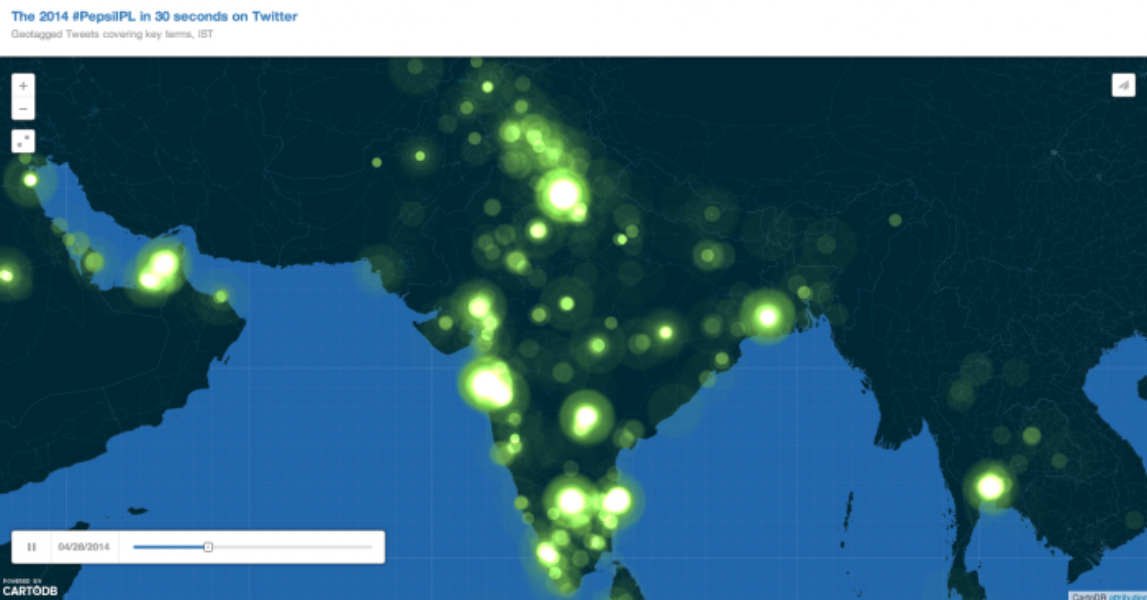 Season 7 saw the @IPL up the ante with Twitter integrations by providing consistent calls to action for fans in the broadcast and on the ground.

The arc of the IPL + Twitter experience started before the match and extended well beyond. Even before the first ball was bowled, you could set IPL calendar notifications about your favourite teams on your mobile phone by simply tweeting @IPL#Calendar. This generated an instant reply to assist you in picking and choosing. This was executed and supported by our partner @ShopReply.

During every match, Tweets were displayed not just in the TV broadcast but also the live ball-by-ball commentary in the official IPL website and mobile apps — just to make sure you didn’t miss out on any of the fun.

While watching the match, there was also the additional incentive to shout out your favourite IPL cricketers in the Twitter #PlayerBattles.

And the live match experience only got better as the season progressed. In fact, during the IPL Playoffs and IPL Final, you could tweet with a particular command to instantly receive IPL video replays of your choice. Aptly named “Tweeplay”, it was created by TenTenTen Digital products for IPL’s online broadcaster in India, @StarSportsIndia.

As soon as the winning runs were hit or a total successfully defended, fans could get behind-the-scenes access to the Man of the Match with @IPL’s signature-enabled Twitter Mirror, which was graced by all the heroes of the season.

Even as you were taking in the personalized messages from the Twitter Mirror, there was an opportunity to be involved with Extra Innings (#eit20) by the official TV broadcasters of the IPL in India, @SonySix and @SonyMax, who had a neat social TV integration going with viewer Tweets on screen.

After all this, you could head to the exclusive IPL on Twitter web page on the IPL site and catch up with a whole host of Twitter fun, from captioning videos to taking in some cool Twitter data visualizations, including charts of the most tweeted about teams in the IPL. All of this was put together by @pulselive.

To add to the mix, there was also a Twitter Q&A by interim President by the BCCI-IPL Sunil Gavaskar, where he answered a range of questions from fans, from why he would have loved to play T20 (hint: fielding) to which IPL franchise he would have liked to play for, and much more. Check it out.

@RCBtweets even used player handles on the jersey instead of their names!

All these tenets of the IPL-Twitter partnership led to some very interesting Twitter data around the event. See the related Tweets here:

Over the course of the six weeks of the IPL 7 season, there were millions of Tweets around the IPL. Here’s a look at some of the more popular ones.

It’s been a splendid season, and we hope you enjoyed IPL 7 as much as we did. Au Revoir, and see you at the @clt20!