Twelve teams. Twenty-three matches. Two hundred twenty-three sixes. It was only appropriate that the 2014 @clt20 finished with two sixes smashed by MS Dhoni (@msdhoni) to give the Chennai Super Kings (@chennaiipl) their second @clt20 crown. Fittingly, they reversed the result from the first match of the tournament, beating @IPL champions Kolkata Knight Riders (@kkriders) even as the story of the three-week long event unfolded on Twitter. 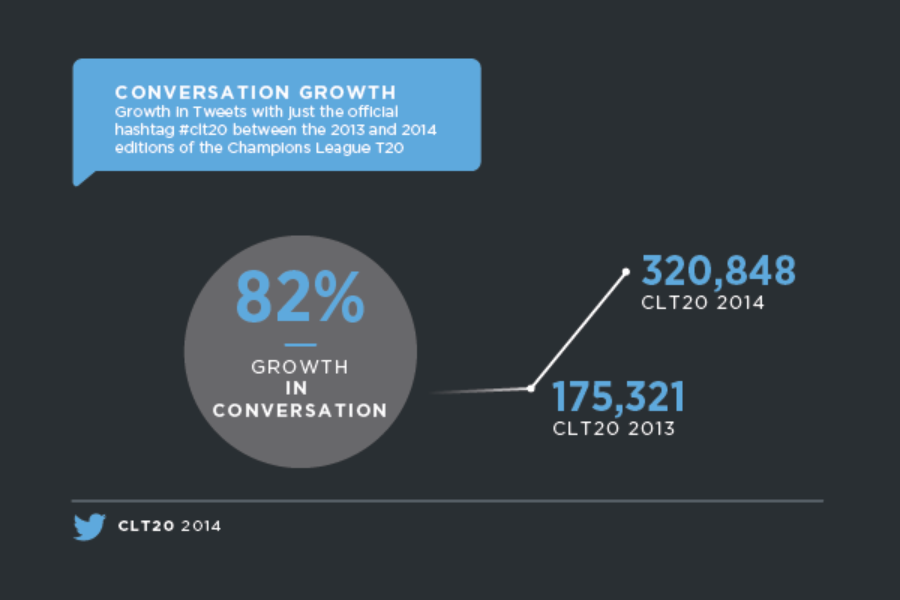 Here’s how the sixth edition of @CLT20 did it, with comprehensive Twitter integrations into the live match experience and beyond to keep fans tuned in.

@CLT20 ensured they were pointing fans in the right direction to connect with the league and players on Twitter by including the official Twitter accounts in TV graphics.

After directing fans to the right accounts, the next step involved the #CLT20 conversation on Twitter.

Tweets from players and fans were an integral part of the broadcast, with constant encouragement to get featured in the multi-continent live broadcast of the event.

Here are some examples of what this looked like:

Along with the option to participate in the #CLT20 conversation and have their Tweets featured on screen, fans could also cheer for their favourite team and player in the Twitter battle by Tweeting with the designated hashtag during each match.

With real-time results showcased on TV and Twitter, this is how it turned out:

Fans were able to hear directly from some of their favourite players and the winning team in the immediate aftermath of the match, with candid photo messages coming from the @clt20 Twitter Mirror.

The official CLT20 app had a Twitter timeline dedicated to the latest Tweets coming in from official sources including the league and teams to keep fans abreast of the news in one convenient location. The integrations were brought to life by @pulselive.

As a platform that brings you closer to your interests, it was great to see conversations between the @clt20 teams on Twitter peppered with playful banter and thoughtful camaraderie.

Of the nearly 2.5 million Tweets sent, here are some popular ones.

More to come as action shifts to India’s home series against the West Indies. Catch you soon!