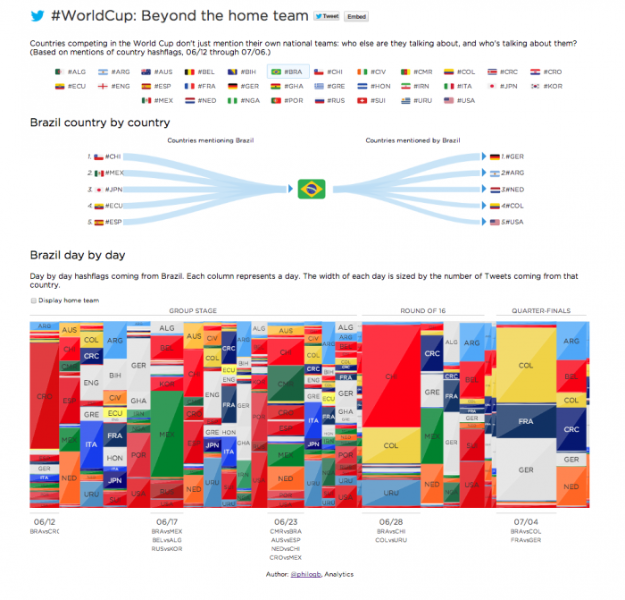 Of course, we’ve removed home field advantage — we don’t include the conversation around a country’s own hashflag. Let’s take a look at the host nation, #BRA: its team was widely discussed among football fans in #CHI and #MEX, while Brazilians were paying a lot of attention to semifinal foe #GER, archrivals #ARG, and fellow semifinalists #NED. 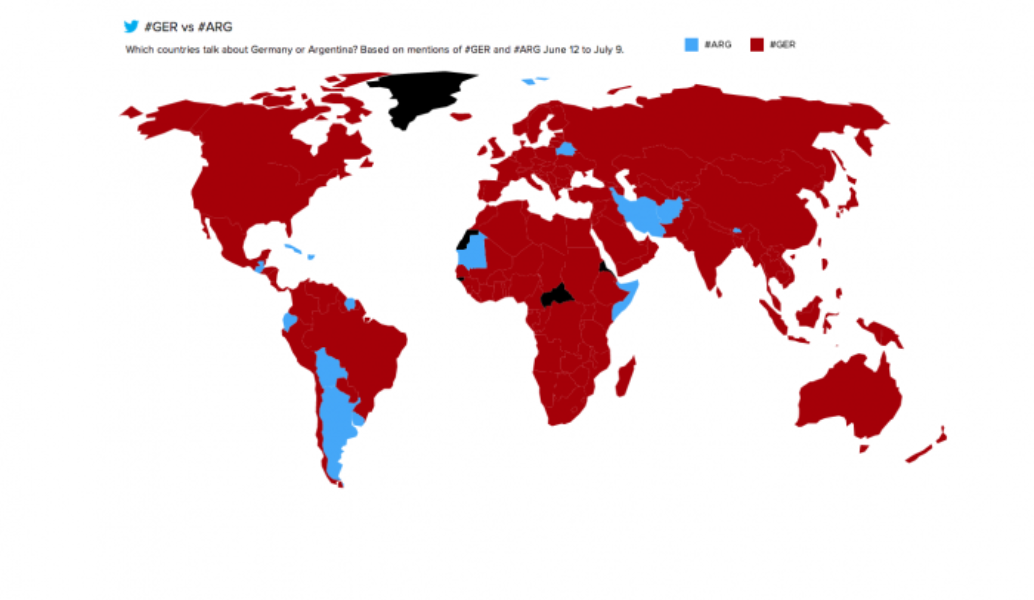 Which players from each of these countries has ignited everyone’s interest? This graphic shows the most-mentioned players across the tournament so far from the two final teams, led by Argentine striker Lionel Messi and Germany’s Mesut Özil (@mesutozil1088): 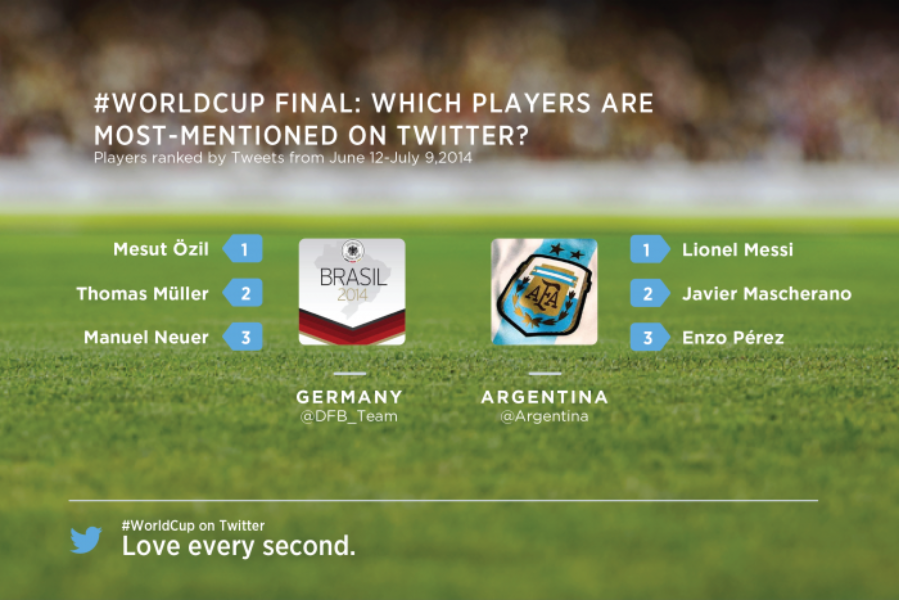