We were thrilled to welcome the #IndiaWaale from “Happy New Year” (@HNY) to the Twitter office in San Francisco today. 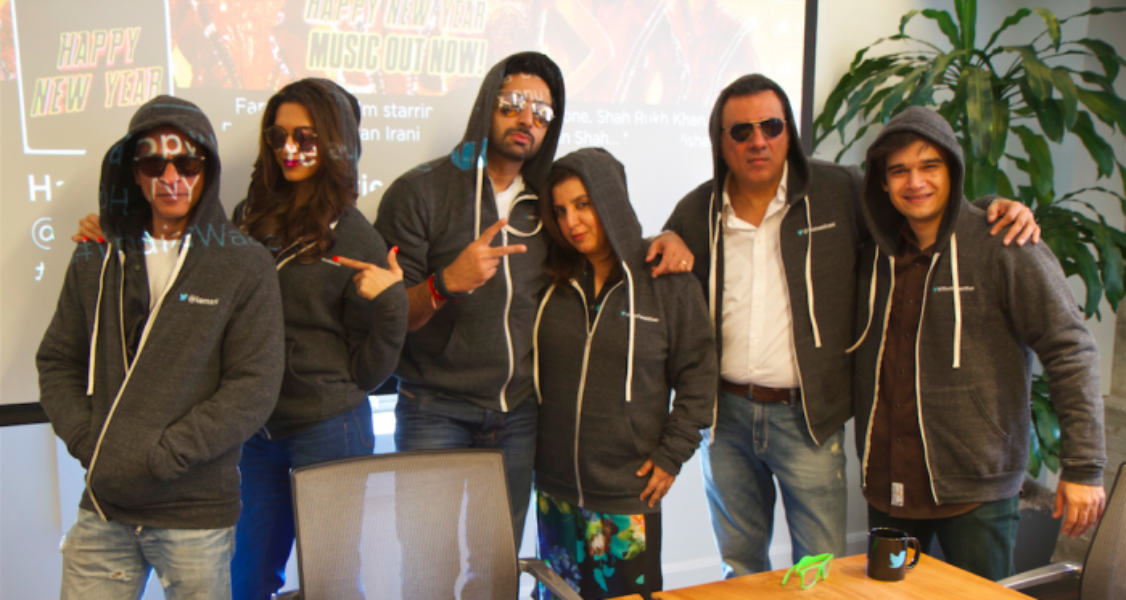 Twitter’s headquarters has welcomed many renowned public personalities in the past to share stories about how they use Twitter to connect with their followers and the world. As one of the most-followed users in India, Shah Rukh Khan (@iamsrk) uses Twitter to inspire and connect with his fans in a personal way while sharing behind-the-scenes moments from his life.

During today’s Q&A session in our San Francisco office, the cast of @HNY answered questions via Tweets from all over the world. Several members of the movie were present to share stories, including Shah Rukh Khan (@iamsrk), Deepika Padukone (@deepikapadukone), Abhishek Bachchan (@juniorbachchan), Farah Khan (@TheFarahKhan), Boman Irani (@bomanirani) and Vivaan Shah (@TheVivaanShah). 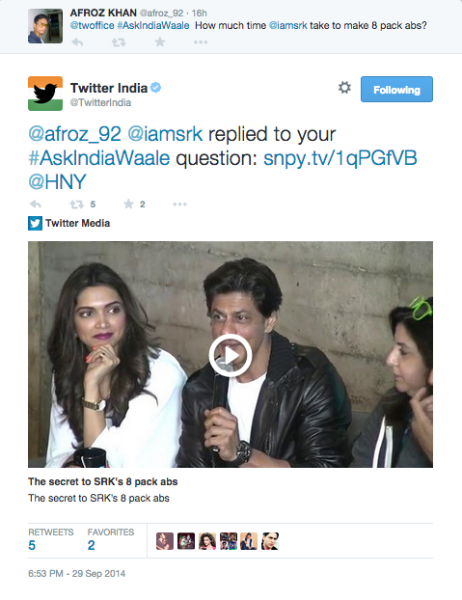 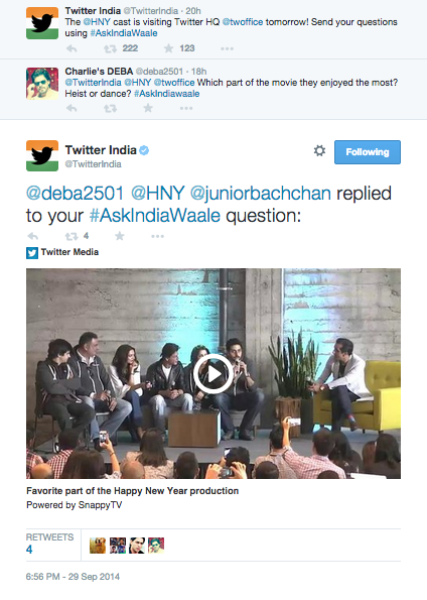 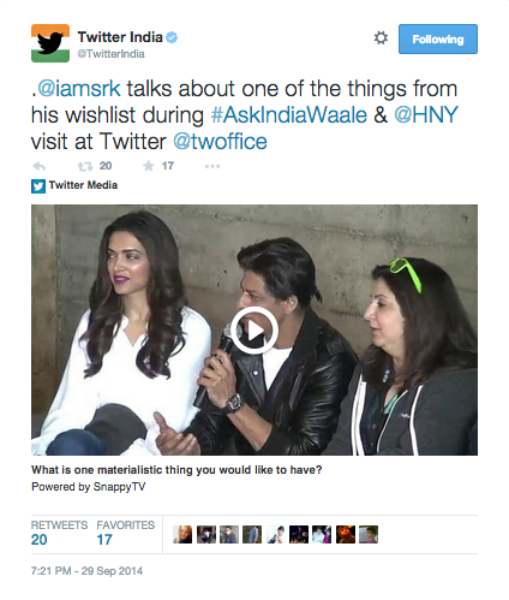 Whether they were sharing their personal experiences or taking selfies, the #IndiaWaale brought the Bollywood spirit to San Francisco!

To the delight of fans everywhere, Red Chillies Entertainment (@RedChilliesEnt) is a leader in innovating on Twitter. Earlier this year, a first look at the movie was unveiled through the Twitter accounts of the film itself and the cast. Fans could also receive personalized trailers of the movie with an embedded autographed message by Tweeting to their favorite cast member using the hashtag #HNYTrailer.

Follow @HNY to stay tuned for the upcoming release of “Happy New Year” in October!