A thrilling second season for @IndSuperLeague

A captivating season culminated in a nail-biting final when Chennaiyin FC (@ChennaiyinFC) pipped FC Goa (@FCGoaOfficial) to the championship with two goals in injury time — and the public conversation around the league reached a crescendo on Twitter. 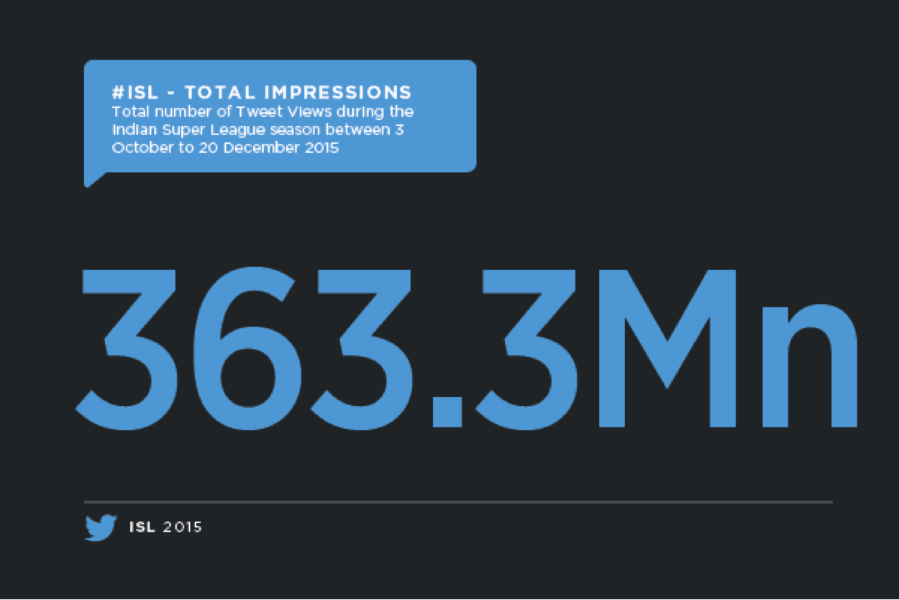 There were 363.3 million views of Tweets related to @IndSuperLeague in season two!

There was also a 77% growth in followers of the official @IndSuperLeague Twitter account between season one and two. 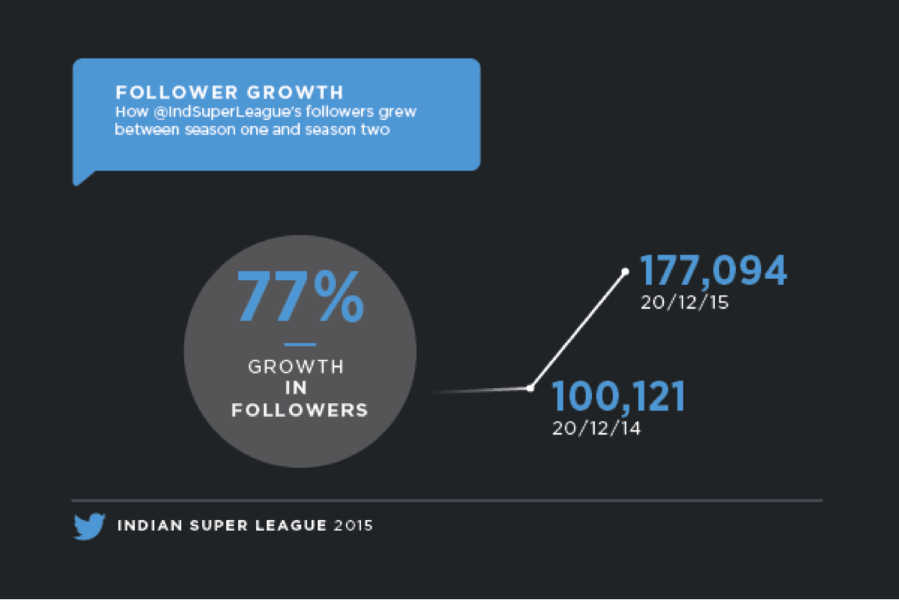 Top five matches based on views of Tweets

It was a roller coaster ride right to the end, and here are the top five matches of the season based on the most views of Tweets related to each match:

Tweets from the season

Check out some Tweets from teams, players and fans sent during the season:

By integrating Twitter with new fan experiences in season two, there was plenty to look forward to from the @IndSuperLeague.

Fans could collect important plays of the season by simply Tweeting to @IndianSuperLeague with #ISLMoments. Here’s how @sportzinteract made this happen:

Following a tradition from season one, fans could participate in the public conversation around the league by Tweeting support with their team’s hashtag. Here’s an example of one team encouraging their fans to get involved:

All the ISL “Match Day Wars” results were then compiled on the official website, providing fans with easy access to the archive.

At the end of the league stage, fans could Tweet to @IndSuperLeague with #MyISLJersey to collect virtual jerseys from all eight teams and unlock a personalized virtual jersey with their Twitter account on the back of the jersey. This proved to be quite popular:

To collate all the excitement, ISL integrated Twitter into their website. The social section on the Indian Super League website helping fans stay in touch with Tweet counters, “Match Day Wars” results, team battles, and Tweets around the league.

#TheNewKings Tweets in venue for the final

To up the ante for the final, ISL gave three lucky fans the chance to be featured on the perimeter boards in the stadium.

In addition to being featured, they also received a Tweet from @IndSuperLeague with a photo of their Tweet being displayed in the venue.

The final saw an injury time climax which happened in a jiffy, and of course the moment was captured in a GIF:

As we sign off, congratulations again to @ChennaiyinFC! Here’s their celebration captured in a Twitter native video: