The gaze of the cricketing world has turned to India as the @IPL kicked off between @KKRiders and @mipaltan on the hallowed turf of the Eden Gardens. And as the rest of the teams get ready to strut their stuff, Twitter is heating up too.

Throughout the seven weeks of premier cricketing action, Twitter will reflect the roar of the crowd. There’s more on our platform this year to help get all fans closer to the action than ever before.

You can get all the updates from your local team, favourite players across the league, celebrity owners, commentators and even your fellow fans.

Twitter is the world’s biggest cricket viewing party, and to capture all the action from the @IPL in one place, we’ve created this IPL timeline for both the tournament and every match. 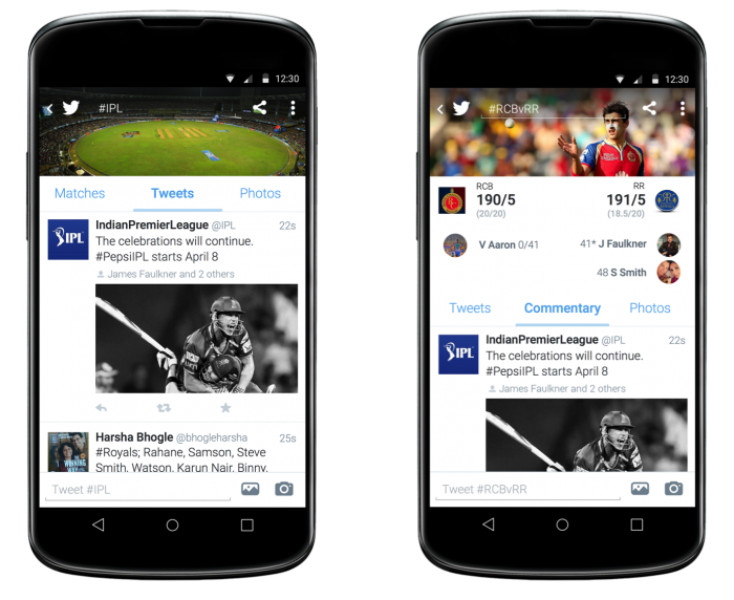 Waving the flag for your team has never been easier, and Twitter users will be able to do this with hashflags. Hashflags are a fun and easy way to add some colour to Tweets, and IPL fans on Twitter who use their favourite team’s hashtag will see that team’s flag appear after the text. The official hashtags for Hashflags are #IPL, #CSK, #DD, #KKR, #KXIP, #MI, #RCB, #RR and #SRH. 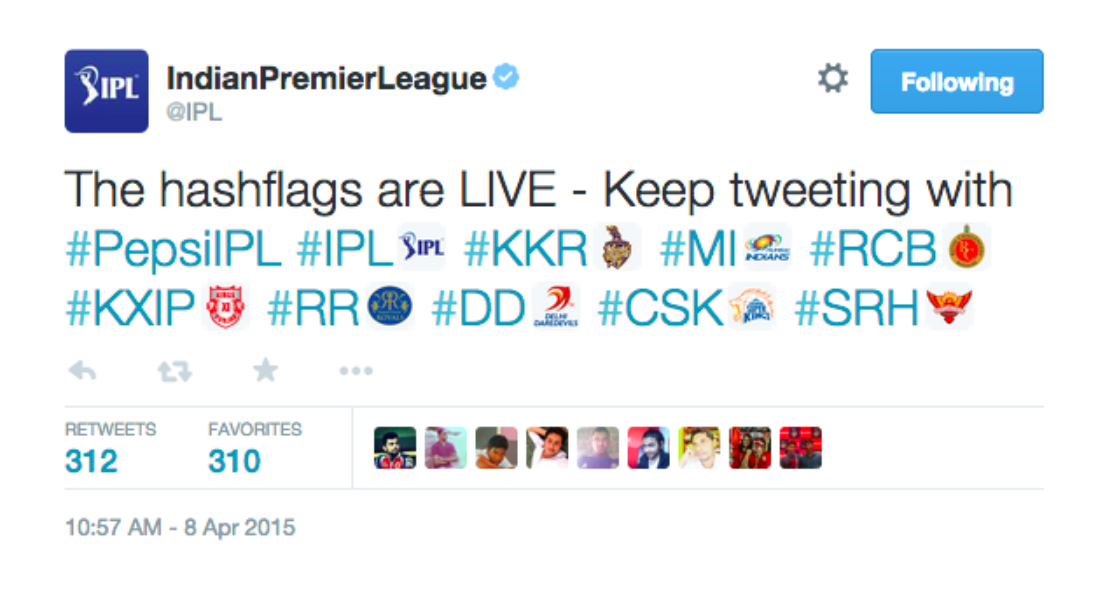 Speaking of starts, it all begins with the playing XI. For any IPL team, selection is always a balancing act to get the right mix between overseas and domestic players. Here’s a team roster based solely on number of Twitter mentions between the last IPL season and this one (not counting the time period of the Cricket World Cup). With just four international players allowed per team, we had a tough decision. 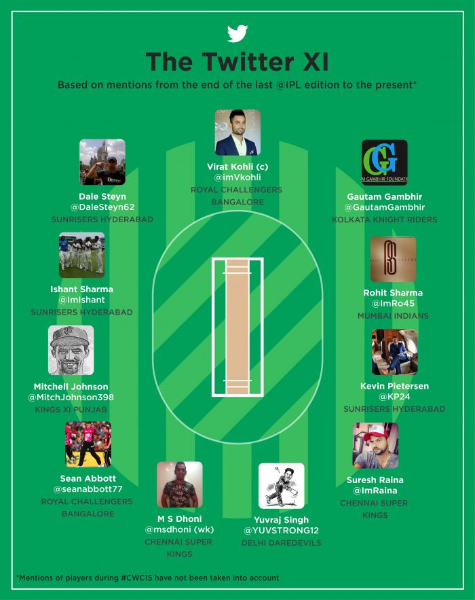 We also ranked all the eight teams by their number of followers: 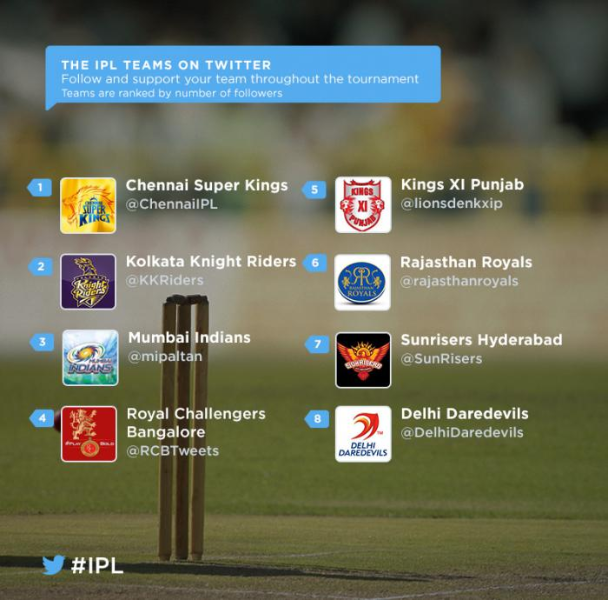 Here’s our how-to-follow guide to ensure you catch every heartbeat of your team:

The IPL account (@IPL) is the best place to start your fan journey. It offers access to the league’s activities, players and teams. Follow all IPL related voices on Twitter, from players to teams, here.

The event hashtag is #IPL, and each Tweet using that hashtag will be featured on the timelines we described above. The official hashtags for the teams are as follows:

Each match will also have a unique hashtag to help you follow along and join the conversation. Here are the links for this weekend’s games:

And keep your eye out for a number of exciting Twitter integrations designed to make your IPL experience even better, including:

This season, we have a partnership with IPL through which you will be able to stay connected to the IPL Twitter account via Missed Calls! Just give a Missed Call to IPL on 011 3008 2008 and you will receive up to six Tweets per day from @IPL that contain the hashtag #live as an SMS. This service is free so don’t forget to make that Missed Call, and tell your friends too!

The IPL Tweet wall of fame will give you a wonderful opportunity to be seen by millions of fans watching around the world. The IPL will select the best Tweets with #PepsiIPL and showcase them in the live TV broadcast of every match. Those fans whose Tweets are showcased on air will get a Tweet from @IPL with a screenshot of their Tweet featured on TV. These Tweets will also be showcased on a dedicated IPL Tweet Wall of Fame page on the official website.

By using Periscope’s live mobile video broadcast, IPL will take fans behind the scenes as never before with real-time Q&As. Fans who use iOS will be able to watch and submit questions to their favourite players and commentators as they engage with them from the IPL Periscope account. @IPL will Tweet each time a Q&A is happening on Periscope.

The IPL will use a Twitter Mirror to showcase candid photo messages from around the league. And this season, you can interact with Twitter Mirror Tweets too. Your favourite cricketers and commentators will guess the number of Retweets each photo receives.

You will have the opportunity to Tweet and create your own #PurpleCap and #OrangeCap leaderboards by using #PepsiIPL, a player’s Twitter handle or #. The results will be displayed in real time on a leaderboard in the “IPL on Twitter” section of iplt20.com from the end of week one to the end of the season.