The excitement was front and center on Thursday when the floodlights came up on the opening ceremony at the ICC Cricket World Cup 2015(@cricketworldcup). As the cricketing world waits for its next champion, the excitement is building Tweet by Tweet for fans across the globe.

Check out this collection of CWC-related Tweets ahead of the tournament: 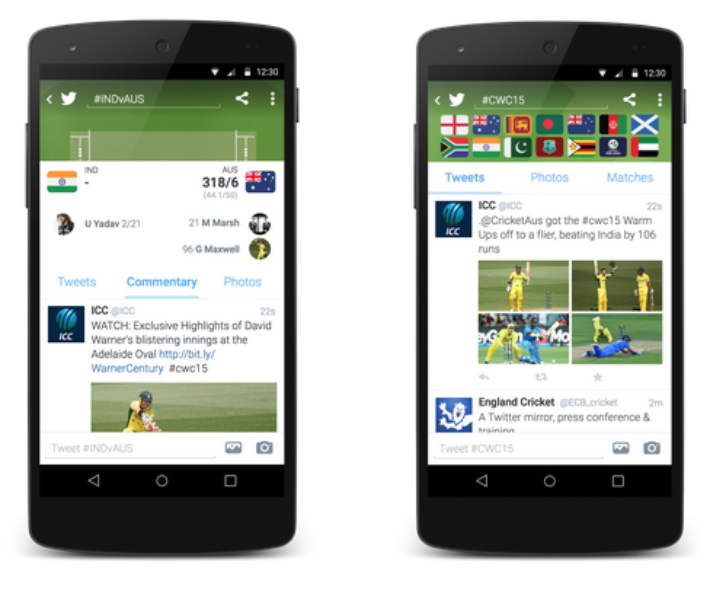 All the action commences with New Zealand v Sri Lanka on Saturday 14 February, followed by the first Indian game against traditional rivals Pakistan one day later on Sunday. Be sure to tune in with Twitter for this @cricketworldcup as all the drama unfolds on the field. 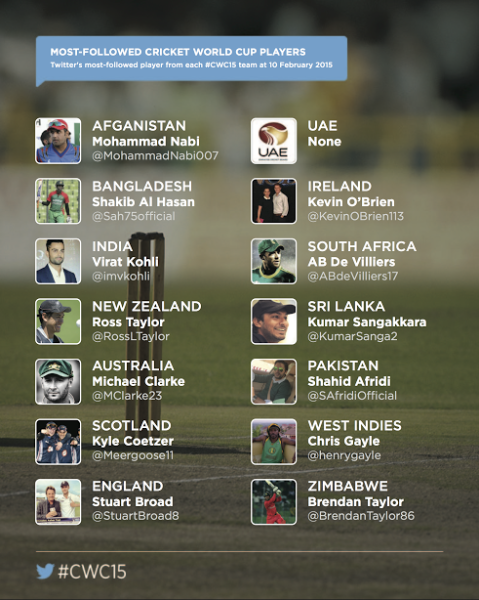 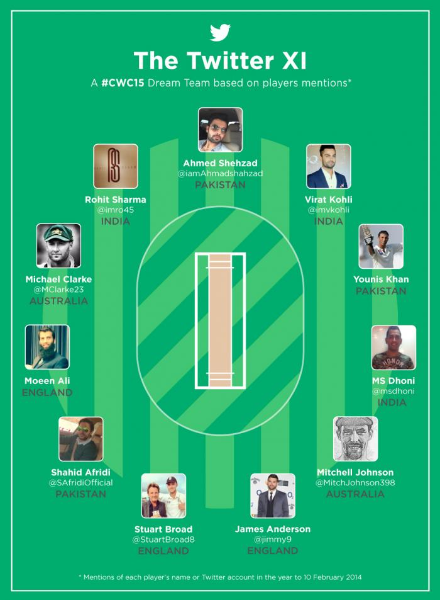 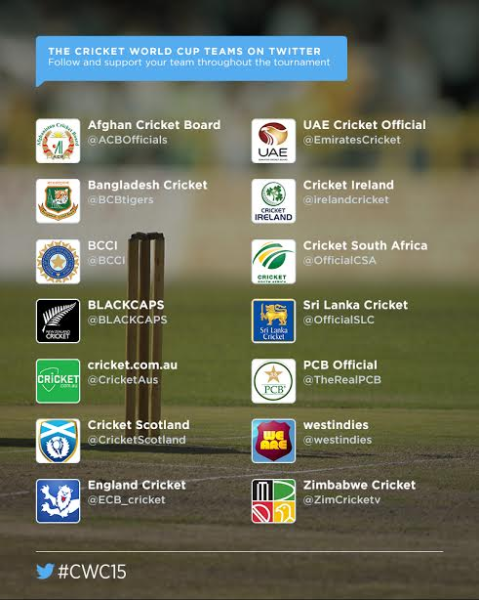 Twitter and sports go hand-in-hand in India, so Team India fans will be pleased that they are able to follow the majority of the final @crickwetworldcup squad throughout the tournament. A full list of India players on Twitter can be found here.

The BCCI account (@BCCI) is the best place to start your #CWC15 journey. Their account provides access to the players, and it’s where they will be posting photos, videos and breaking news from inside the camp of the Men In Blue.

Throughout #CWC15, fans will flock to Twitter to join in the live conversation. Below are a selection of Indian voices that will add to the roar of the crowd:

#CWCDaily on Twitter Video Daily recap video on native video player
In case you missed any of the @cricketworldcup live action, @ICC will send a native Twitter video Tweet with #CWCDaily at the end of every match day. This is exclusive for people following the account and will have some of the best action from the game and expert views. The five minute show will go out each evening showcasing each key element of that matchday of the #CWC15.

Twitter Voting Card: #PlayOfTheDay
At the end of each match day, users can get involved to decide which moment was the #PlayOfTheDay based on a shortlist by ICC. To make the choice, users will simply have to click on a special Twitter Voting Card that @ICC will Tweet out for each of the 36 matches of the tournament.

In India, fans will be able to get all the updates on #CWC15 simply by placing just a missed call from their phones.

If you would like to receive these update Tweets from @ICC via SMS, simply dial 011 3049 6049 to get up to three Tweets from the @ICC account every day.