#INDvZIM: A clean six for Team India at #CWC15

It was a the perfect finish to the group games for Team India (@BCCI). MS Dhoni’s match winning six in a tricky chase brought back warm memories from the final win at the 2011 Cricket World Cup. This time, India finished the Group Stages of #CWC15 with a 6 and 0 record after beating Zimbabwe. Here’s how #INDvZIM played out on Twitter.

There were 24.9 million live Tweet impressions during the #CWC15 match window of #INDvZIM – confirming again that Twitter is the indispensable companion app for viewers. 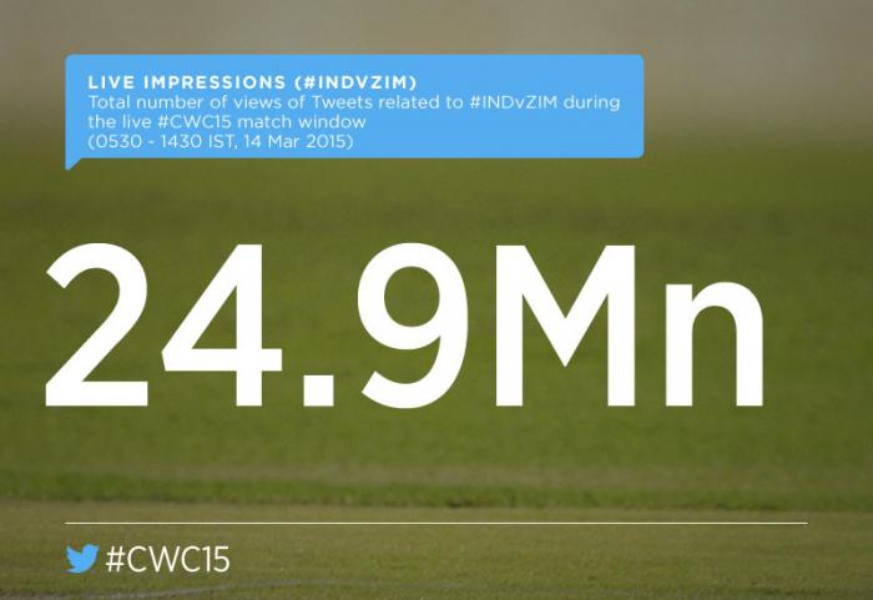 Suresh Raina (@imraina) steered India home with a superb century and bagged the Man of the Match award post which he shared with a candid photo message on a Twitter Mirror.

India’s winning moment had the highest Tweets-per-minute followed by the moment when Suresh Raina brought up his hundred and MS Dhoni’s double blow of a six and a four to bring the target closer. The tension of the chase among the cricket fans reflected in the fact that the top three moments in terms of peak volumes were during the second innings of the match. 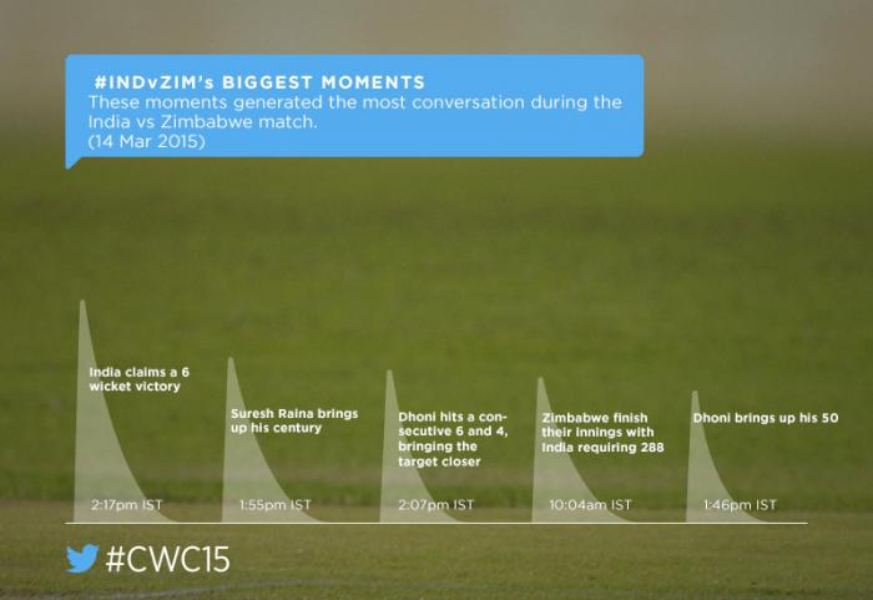 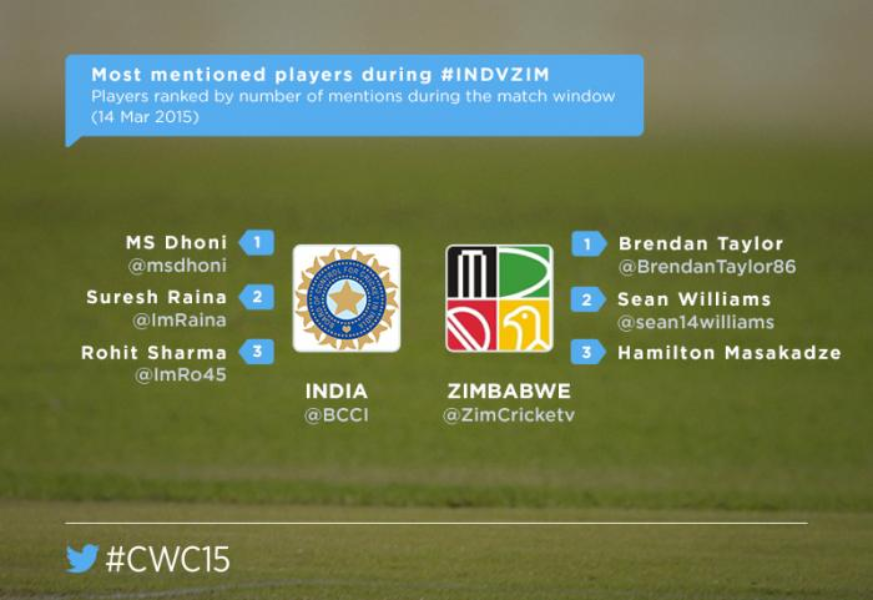 @ICC then used Twitter’s video player to Tweet out a recap of the day’s play with their #CWCDaily show a few hours after the match, even featuring fan Tweets in the episode.

In addition, our special Cricket World Cup timeline – accessible via a Twitter search for #CWC15 or the official match hashtags (eg. #INDvZIM) – offered a deeper Twitter + cricket experience with Tweets, commentary and expert analysis, plus photos and videos before, during and after the match. 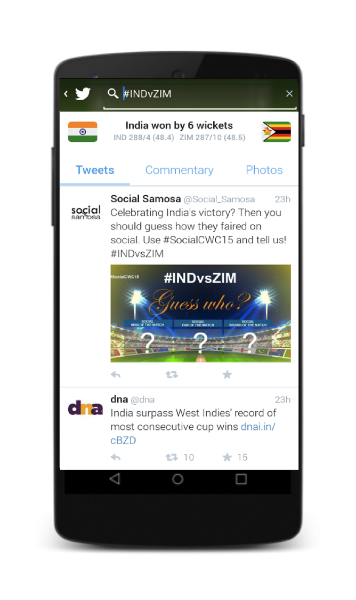 With a flawless record in the Group Stages, India (@BCCI) will lock horns in a subcontinental battle with fellow quarterfinalist and neigbours Bangladesh (@BCBtigers) at the Melbourne Cricket Ground (@MCG).

Join us using #INDvBAN and #CWC15 on Twitter and we’ll see you on Wednesday!