When it comes to pure cricketing entertainment, the @IPL never disappoints. The first three weeks of this tournament have been breathless. Here’s a quick summary of the action on Twitter so far.

The Twitter Audience Index measures the views of Tweets related to the IPL during the live match windows. We’ve already seen 180.4 million live impressions for matches between April 8-29. 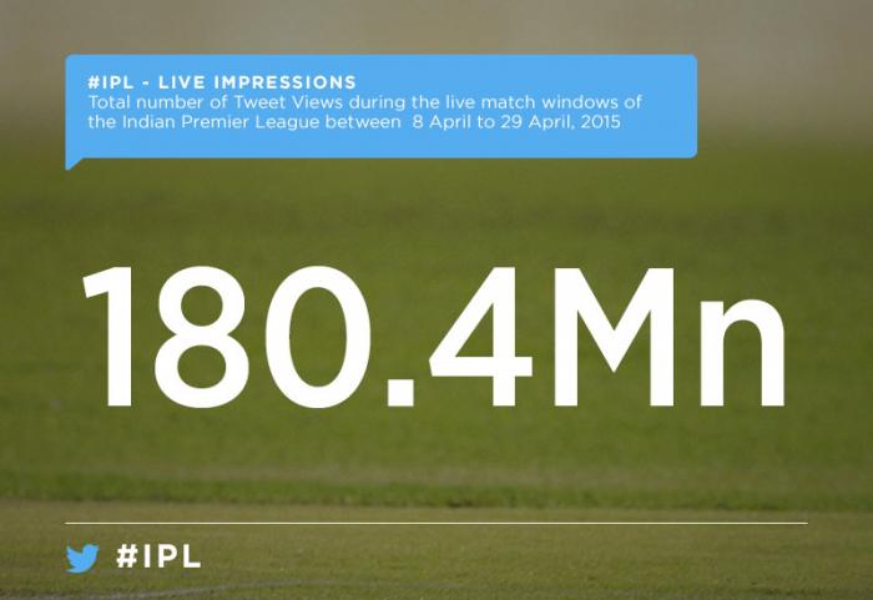 The following were the top 5 games with the highest live Tweet impressions so far:

The Chennai Super Kings (@chennaiipl) and Kolkata Knight Riders (@kkriders) have been the early front runners on the field thus far. Here is the Twitter Leaderboard for the most mentioned teams on Twitter in week #3. 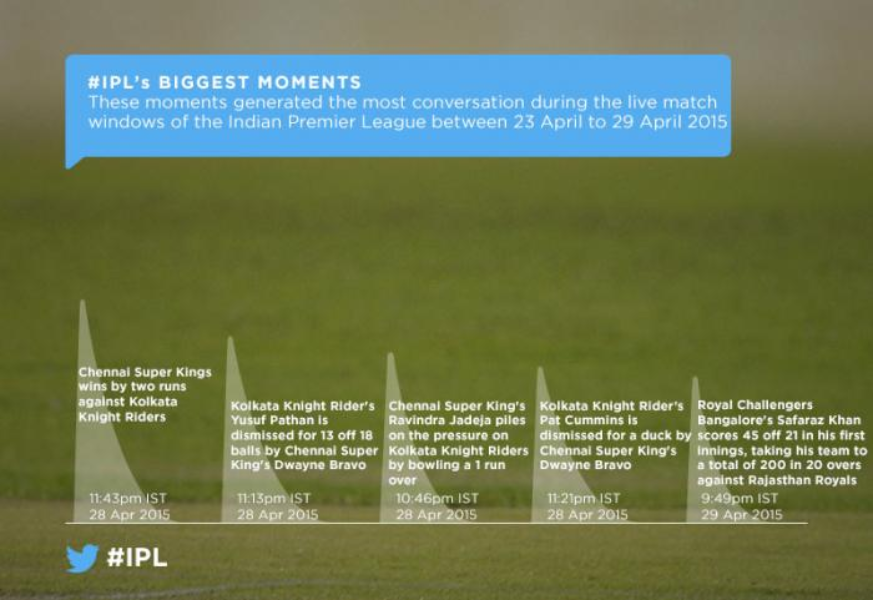 We’re also giving weekly #PurpleCap and #OrangeCap honours for the most-mentioned bowlers and batsmen, respectively. For this week, the top pair is an overseas couple. Dwayne Bravo gets the vote amongst batsmen, while Mitchell Starc was the most mentioned bowler. 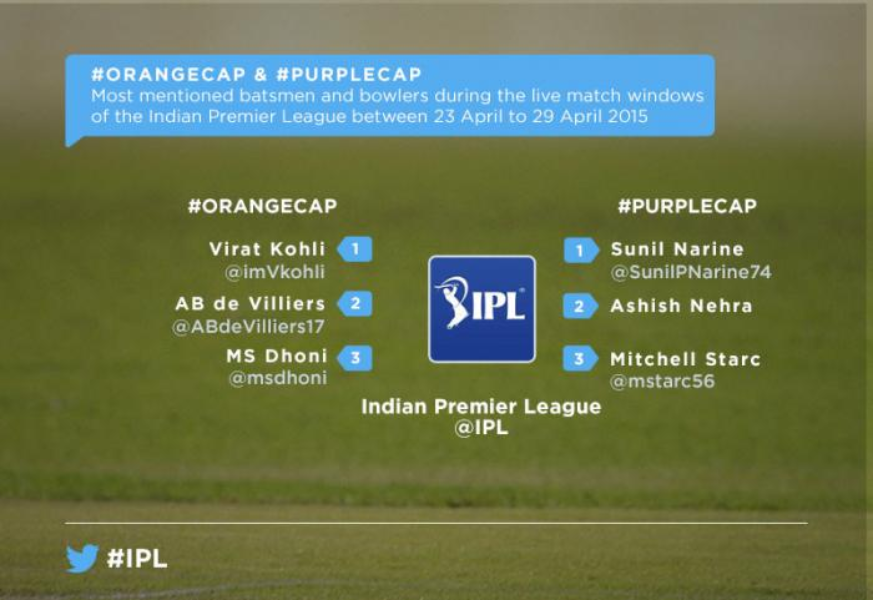 All of the excitement has been elevated by our partners who’ve made @IPL on Twitter an incredibly engrossing experience.

The IPL is helping fans stay in touch through Tweets via SMS for free by simply giving a Missed Call on 011 3008 2008. Most of you have probably seen the number during the live TV broadcast, one of the first times a broadcaster has ever done that.

Twitter IPL fans also have a chance to have their Tweets featured on TV during every single game. Keep Tweeting with #PepsiIPL and you might see your Tweet on TV soon.

The IPL has also integrated Twitter into their official Android app with #IPLSelfie where fans can click a selfie along with their favourite team’s logo. Tweet the pic out and get featured on a special page on iplt20.com on the @IPLSelfie selfie.

To add to the fun, the @IPL is posting slow motion replays of explosive on-field moments using six-second Vines. Follow @IPL to watch these Vines throughout the season.

The IPL teams are also sharing some candid moments and messages:

Who’s your pick for the winner this season? Tell us with a hashflag. 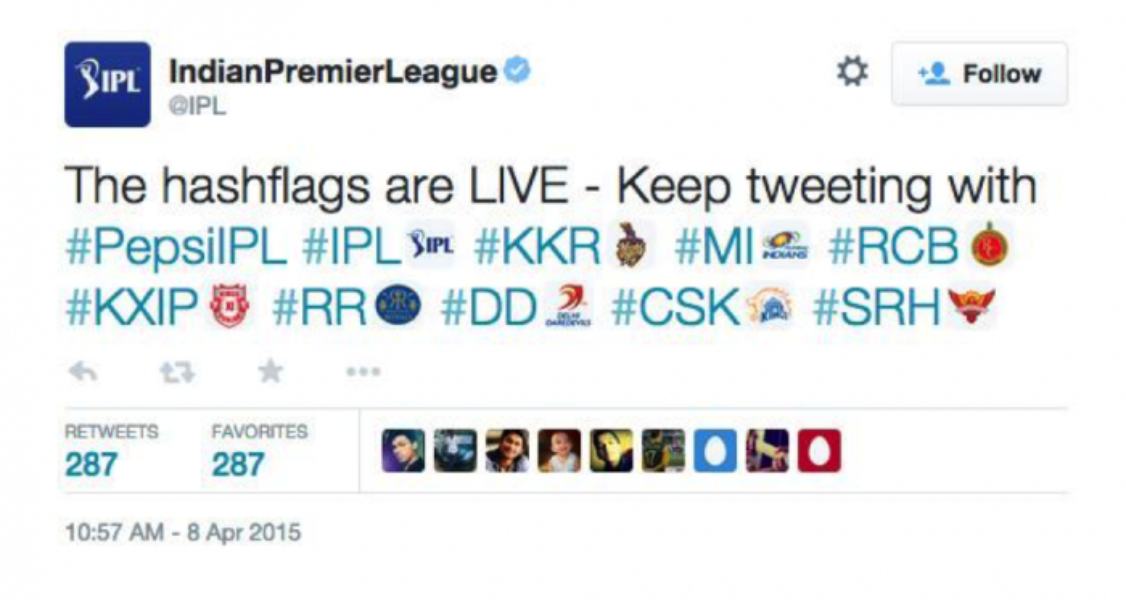 Remember, we’ve created special match and tournament timelines so you can dive deep into the action. 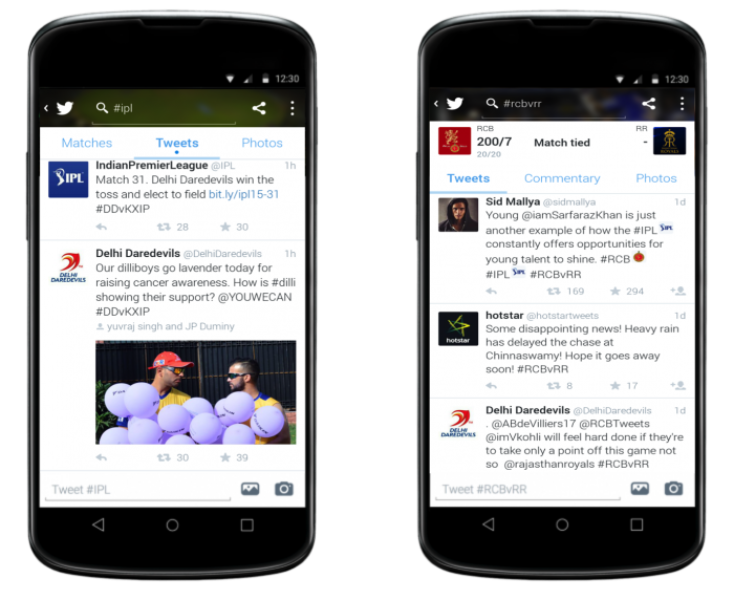 Keep following the @IPL on Twitter via mobile and web. Catch you soon toward the business end of the season!