It’s been a hard-fought season of Kabaddi, and now we’re in the home stretch. Who will be crowned champion – @U_Mumba or @BengaluruBulls? This Sunday will tell as the second season of @ProKabaddi draws to a climax.

The energy on Twitter for the season has been incredible. Between the end of season one and the end of the league stage of season two, there has been a 292% increase in followers to the official account @ProKabaddi. 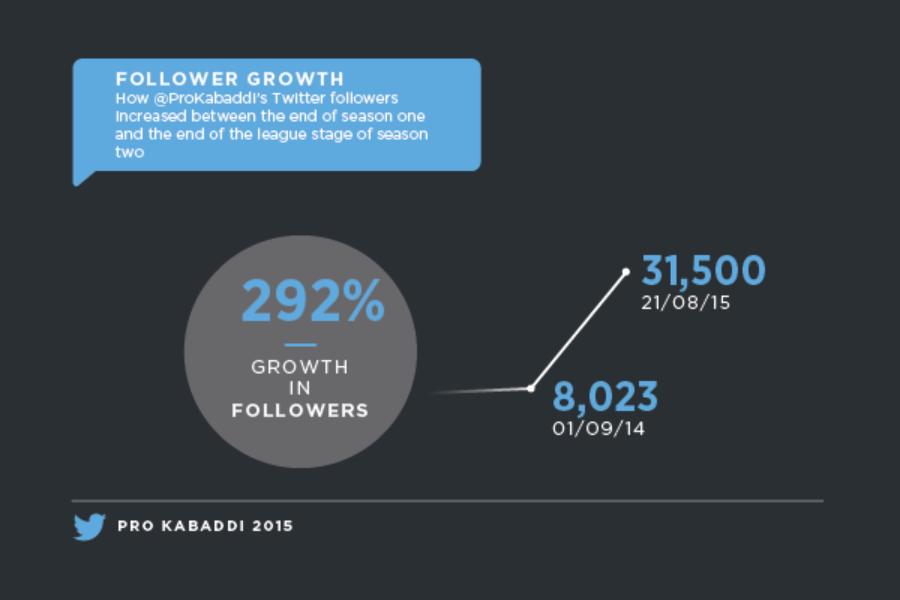 In partnership with @ProKabaddi, the broadcasters and the teams, we set out to make Kabaddi an immersive and interactive experience for fans at home.

To add to the celebration, there are two new Twitter emojis: Tweet with #ThighFive and #ProKabaddi to unlock the surprise!

If you wanted to know more about how the players performed, we had you covered. In partnership with @ProKabaddi, @StarSportsIndia and @SportzInteract, you could have gotten the digital Trump Card for a player – and collected them all by just Tweeting #KabaddiTrumps to @ProKabaddi. The ones who got the greatest number of Trump Cards also had a special surprise in store.

In a unique initiative, #KabaddiClub fans who Tweeted with the #KabaddiClub hashtag to @ProKabaddi were rewarded with an opportunity to top the leaderboard and win a VIP experience to the Grand Final.

Our friends at @StarSportsIndia and @SportzInteract made this possible.

With non-stop Kabaddi for over a month, where else but Twitter to shout your favourite team out? Pro Kabaddi made smart use of this opportunity with a daily Twitter panga between the fans of opposing teams. The result? A heat map of the Tweets from across India to showcase which fans were the loudest. And their support made it to the live studio for the game every day as well!

@U_Mumba captain Anup Kumar has taken to Twitter like his team to winning on the court this season. With a tone that is warm and personable, he’s quietly made himself heard and gathered loving support on Twitter. One of the highlights on Twitter in this season was Anup’s attempt to prank his fans. As you can tell, it went down pretty well.

Anup even did a Periscope to kick things off on Independence Day.

Upping the ante from season one, @ProKabaddi and the broadcasters, @StarSportsIndia and @hotstartweets have increased the videos on Twitter from the three accounts, ensuring that fans never miss an important raid or tackle on their mobile devices, instantaneously.

In addition to videos, there have been some clever use of GIFs as well for those short and explosive moments.

All in all, the championship battle for @ProKabaddi is well and truly on.