As India celebrated its 66th Republic Day on 26 January 2015, Indians all over the world flocked to Twitter to Tweet their favourite #RDParade moments and patriotic messages.

U.S. President Barack Obama’s trip to India for the Republic Day celebrations also created buzz, inspiring conversation around the world & of course Twitter users had the front seat to all the unfolding action over the last three days.

With reactions coming in from all quarters, it would be fair to say that the celebration — and the Twitter conversation — went beyond the borders of India. The celebration started much earlier when users — especially those in Mumbai — Tweeted images of local iconic landmarks lit up for the holiday.

This Reverb is a snapshot of the Tweets sent on 26 January about Republic Day. 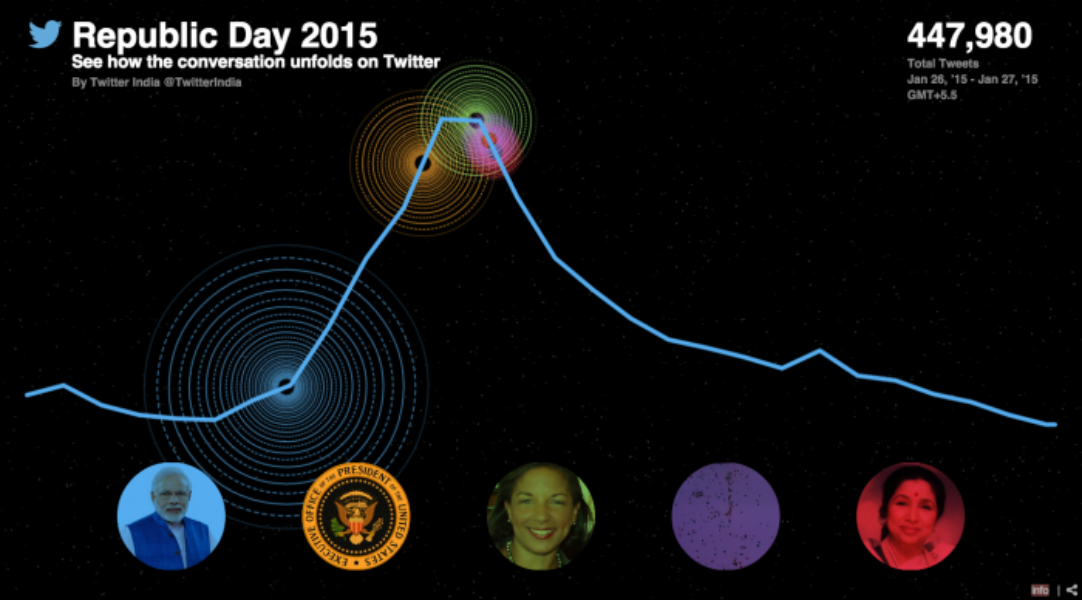 Users across India were inspired by the parade and the recognition given to those who’ve served the nation to join the conversation and celebrate together with the entire nation #OnlyOnTwitter.

@RashtrapatiBhvn & @IndianDiplomacy gave Twitter users a chance to reflect on the history of the Republic Day celebrations as well as visits from previous visits heads of state and world leaders. While the @RashtrapatiBhvn account reminded us of the previous Republic Day celebrations with exclusive archival pictures, the @IndianDiplomacy account Tweeted exclusive content about previous leaders who’d visited India including President Obama’s last trip to India.