As always, the world united this year in moments of triumph, activism, support, and fascination — and Twitter is where we gathered for all of it. Whether people were making a hashtag into a global movement or expressing wonder over a photo of a dress, we all used Twitter this year in awe-inspiring ways.

Today, thanks to our content partners at @GettyImages, we’ve unveiled the #YearOnTwitter at 2015.Twitter.com. It’s a place to look back at the most Retweeted Tweets, the most popular trends (and emojis!), and how 2015 unfolded across the world on Twitter.

The 2015 #YearOnTwitter: The Global Rise of India
In 2015, Twitter was the place that Indians gathered to be part of local and global conversations and events. It was a year of triumphs and tragedies, of celebrations and crises, and Twitter provided the pulse of the country. From the Golden Tweet (between two global icons) to Most Influential Moments (global interest for Delhi Elections and Diwali) to Most Popular Hashtag Trend (worldwide conversations about IPL) to the first non-US brand to get a Twitter emoji (@MakeInIndia), this was the Year On Twitter to show the global rise of India.

While each Tweet is unique, only one can be named the 2015 “Golden Tweet”: The most Retweeted Tweet of the year. The Golden Tweet for India in 2015 is from Bollywood superstar Shah Rukh Khan (@iamsrk), who Tweeted a selfie with British boy band One Direction’s former member, Zayn Malik (@zaynmalik), at the Asian Awards in London in April 2015. It took Twitter by storm garnering over 140,000 Retweets and viewed nearly 18.3 million times globally on Twitter as fans of both artists were thrilled to see the two together in this rare selfie moment.

Twitter showed the live pulse of the nation in 2015 as Indians were quick to take to the platform to see and discuss the news, politics, sports, political and cultural moments. While individual Tweets soared to be among the most Retweeted, there were several influential and memorable moments that resonated with Indians the most:

The year 2015 was also a year of many firsts on Twitter from users, partners and brands experimenting and innovating with the platform and new campaigns. Here are the highlights to show how Twitter, Vine, and Periscope were used in new ways this year. 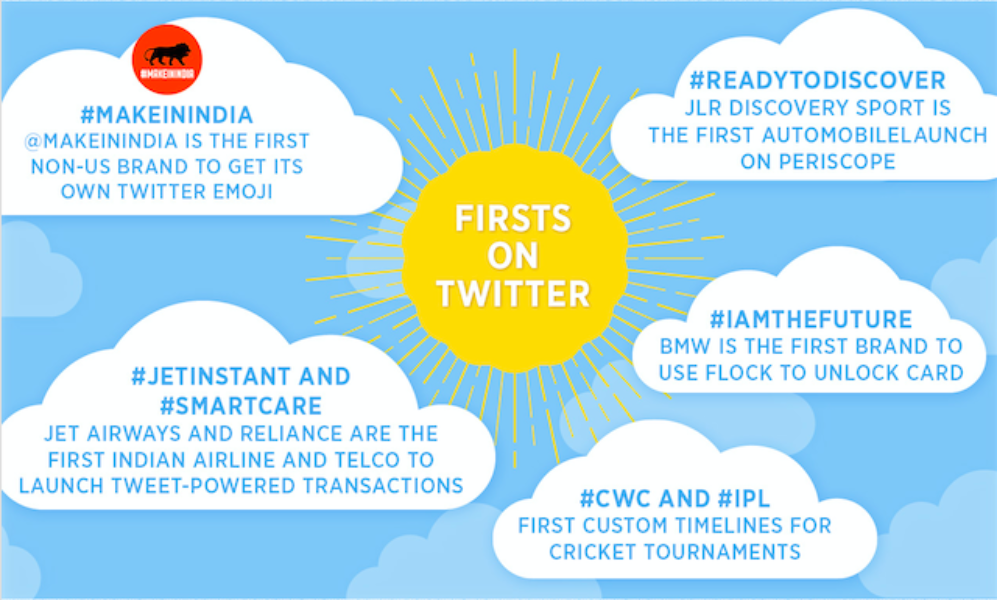 India’s list of most-followed Indian accounts in 2015 is dominated by Bollywood stars and the Prime Minister. This year PM Modi (@narendramodi) takes the third spot having quadrupled his number of followers from 4 million when he took office last May to over 16 million now, making him the biggest gainer on the top 10 list in 2015. 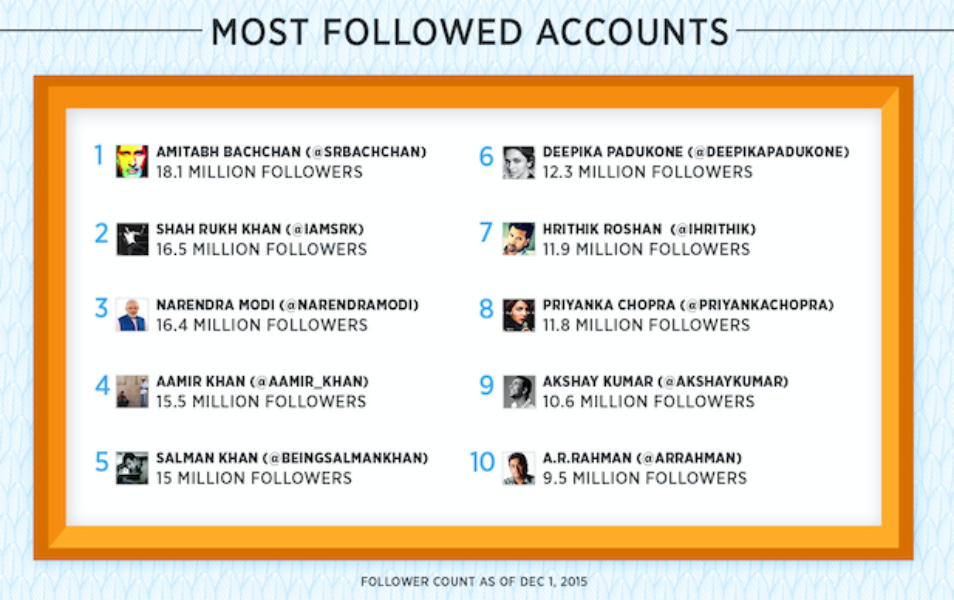 Here are some of the new voices on Twitter this year, ranging from cultural icons, sports, entertainment, government and NGOs. They all provide interesting content, share their viewpoints, and connect with millions of other like-minded people through live, public conversations - ultimately making Twitter a richer, better place for all Indians. 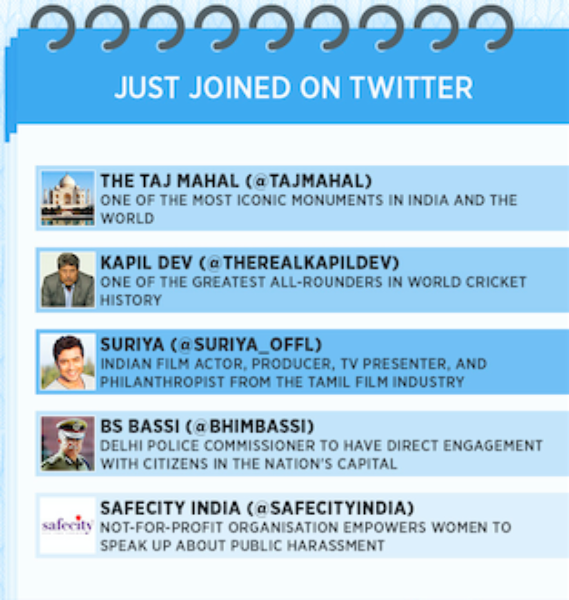