Twitter celebrates the Festival of Lights with #HappyDiwali emoji

Today, we launched our first-ever #HappyDiwali emoji to spread the festive spirit and celebrate the occasion with Indians worldwide. When you add #HappyDiwali to a Tweet, a special Twitter emoji of a lamp will appear next to the hashtag once it’s sent. The ‘diya’ (lamp) symbolises victory of good over evil, brightness over darkness, and truth over falsity. 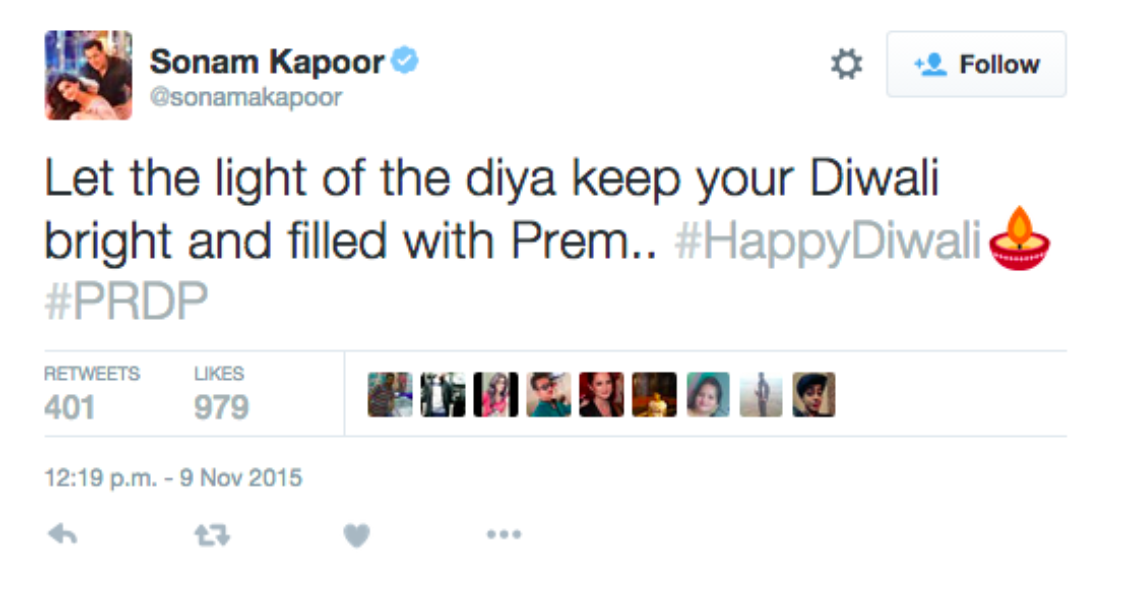 We’re excited to bring Indians together from all over the world to celebrate the festival and engage in conversations about their experiences and moments, in real time.

Prime Minister @narendramodi also wished Indians all over the world using the official hashtag and the Diwali emoji:

We’re also announcing another fun and engaging activity for this Diwali: over the next few days, we want you to Tweet photos of your favorite Diwali moments using the hashtag #HappyDiwali. Your Tweet could get featured as part of a special Diwali mosaic that will be revealed on Thursday, 12 November. When it goes live, log on to www.diwaliontwitter.com and scroll over the mosaic created in the shape of the #HappyDiwali emoji to find your Tweet amongst the many happy faces that light up the lamp. 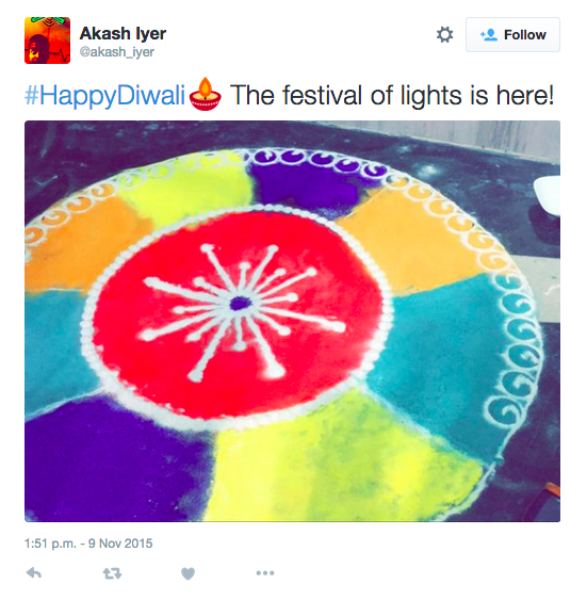